WASHINGTON (Reuters) – The U.S. Treasury Department said on Saturday it has released $9.5 billion (7.7 billion pounds) in additional funds from the Payroll Support Program to U.S. air carriers, bringing to $12.4 billion provided to the airline sector hit hard by the coronavirus pandemic.

FILE PHOTO: American Airlines passenger plane (L) parked due to flight reductions made to slow the spread of coronavirus disease (COVID-19), at Tulsa International Airport in Tulsa, Oklahoma, U.S. March 23, 2020. The planes on the right are 737 MAX, parked for reasons other than the coronavirus. REUTERS/Nick Oxford/File Photo

In total, the government has disbursed grant funds to 10 major airlines and 83 smaller carriers.

Congress approved $25 billion in grants for payroll assistance for passenger airlines. Treasury required major airlines receiving more than $100 million in assistance to repay 30% in low-interest loans over 10 years and issue warrants equal to 10% of the loan amount.

Airlines must not cut pay or jobs through Sept. 30 as a condition of the grants and are barred from buying back stock or paying dividends and face restrictions on executive compensation.

“There is a very real possibility that we could be a small airlines by the end of the year,” he wrote in a email seen by Reuters.

Treasury is awarding major carriers 50% of the grant funds initially and then releasing the remainder through July.

Treasury said additional money will continue to be provided to approved applicants “on a rolling basis.”

The department is still reviewing how to award $4 billion in grants to cargo carriers and $3 billion to airport contractors like caterers.

Treasury has an additional $25 billion in loans it can award to passenger airlines and $4 billion in cargo loans. Some airlines, including American, Delta and Alaska Airlines (ALK.N), have already applied.

Airlines may still need more money as U.S. air travel demand has fallen by 95% and shows no sign of improving.

On Friday, President Donald Trump said the U.S. government could pre-buy airplane tickets at a steep discount of 50% or more for travel for the next four or five years. “You infuse them with some cash. And in the meantime, we’re flying the people of our country for… a fraction of the cost,” he said.

Shopping robots come into their own in locked-down English town

Sat Apr 25 , 2020
MILTON KEYNES, England (Reuters) – A fleet of robots on wheels that deliver shopping in the English town of Milton Keynes have seen their popularity surge as residents are stuck indoors due to the coronavirus lockdown. The robots, which come up roughly to an adult’s knee height and look like […] 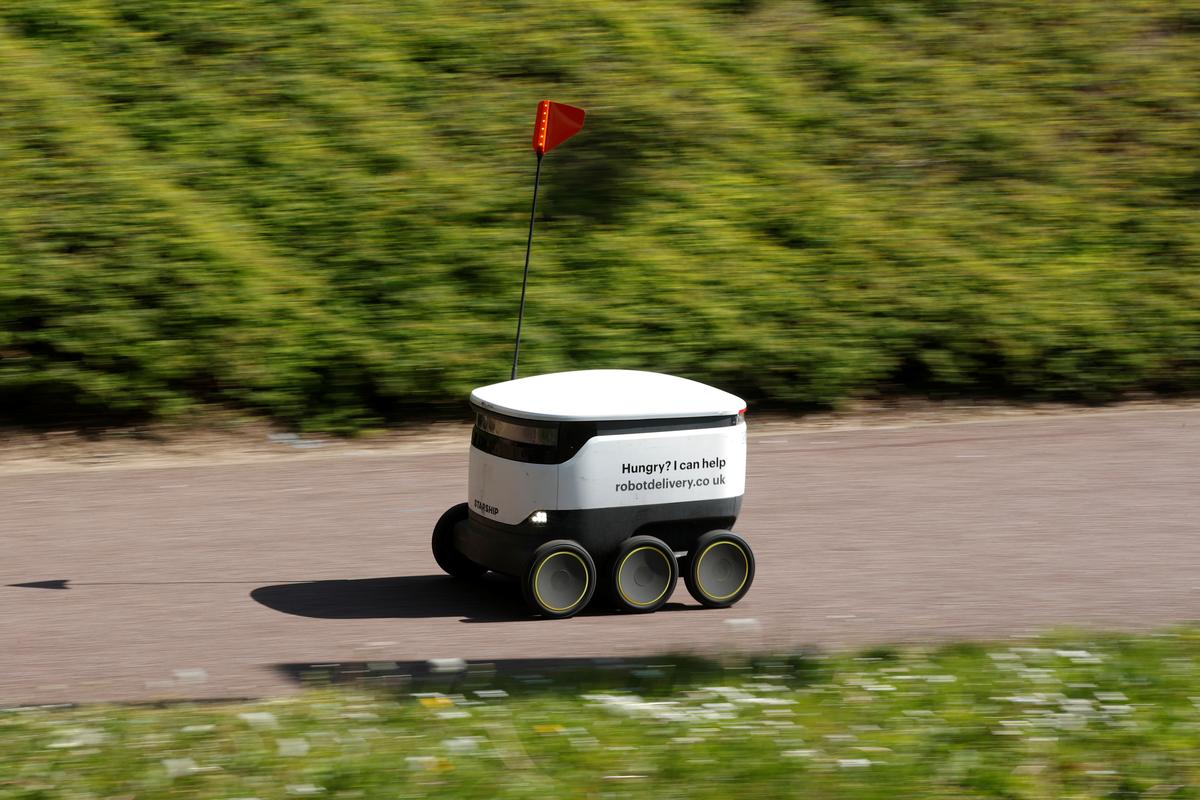