WASHINGTON/BRUSSELS (Reuters) – The United States said there was “no valid basis” for the European Union to retaliate against U.S. goods in a long-running subsidy row after Boeing lost state tax breaks, but the EU said it was pressing ahead with its demand for tariffs.

The transatlantic dispute over support for Europe’s Airbus and U.S. rival Boeing has already led to U.S. tariffs on European goods and could lead to a tit-for-tat EU response.

The United States said on Wednesday it had notified the World Trade Organization (WTO) that it had fully complied with WTO findings by repealing tax breaks for Boeing in Washington state.

Washington state’s legislature in March repealed the preferential aerospace tax break first introduced 16 years ago, which saved Boeing some $118 million(95.32 million pounds) in 2018 based on its published jetliner revenue.

The WTO has found the world’s two largest planemakers received billions of dollars of unfair subsidies in a pair of cases dating back to 2004.

Last year it allowed the United States to levy tariffs on $7.5 billion worth of EU goods, including aircraft, wines and cheese, due to Airbus subsidies that it had deemed illegal.

Now it is considering whether to grant similar rights to the EU in a parallel case involving illegal support for Boeing.

“With Washington State’s repeal of this relatively minor tax reduction, the United States has fully implemented the WTO’s recommendation, ending this dispute,” U.S. Trade Representative Robert Lighthizer said. “This step ensures that there is no valid basis for the EU to retaliate against any U.S. goods.”

Wednesday’s formal U.S. submission to the WTO aims to neutralize the EU’s demand for some $10 billion in annual tariffs, USTR said.

But the EU’s executive Commission rejected the move and said the United States remained out of step with the WTO’s rule-setting Dispute Settlement Body.

“The EU does not agree with the U.S. unilateral assertion that it has fully implemented the DSB recommendations and rulings in this dispute,” it said.

The EU said it was still studying the state tax repeal, but listed other measures where it said the United States had failed to comply with WTO rulings on aid for Boeing, including research support from NASA and the Pentagon.

The United States denies that any other measures are outstanding in the Boeing case and said on Wednesday that the abolition of tax breaks brought the marathon case to a close.

The spat brings the aircraft industry a step closer to an expanded tariff war.

The United States raised tariffs on Airbus planes to 15% from 10% on March 17, though the immediate impact is muted as many airlines delay deliveries due to the pandemic.

The WTO is expected to issue a decision on the EU tariff request in June.

EU officials have emphasized their desire to negotiate an end to the dispute, while U.S. sources have said this has not led to concrete proposals.

Airbus has said it is for the WTO to rule on compliance while Boeing says it has advocated against its own economic interest for the tax breaks to be repealed to protect rules-based trade.

Boeing was reported to have lobbied in the past for the tax breaks to be introduced and later extended, while Airbus lost a separate bid to prove they were a more serious WTO violation.

The WTO decision on EU retaliation is expected to arrive well before any compliance proceeding could be completed. Even without an appeal, it could take the WTO until mid- to late 2021 to rule on the compliance issue, experts said.

Boeing last week declined to seek aid from a U.S. government $17-billion coronavirus relief fund for aerospace and other national security-linked firms after it raised $25 billion in a corporate bond offering.

The USTR launched formal negotiations with Britain on Tuesday for a post-Brexit free-trade agreement.

Heathrow given permission to appeal against block on third runway

Thu May 7 , 2020
Heathrow airport has been given the go-ahead by the UK’s Supreme Court to appeal against the blocking of its plans to build a controversial £14bn third runway. The UK’s highest court on Thursday said that it would hear an appeal on this issue, but no date has been set for […] 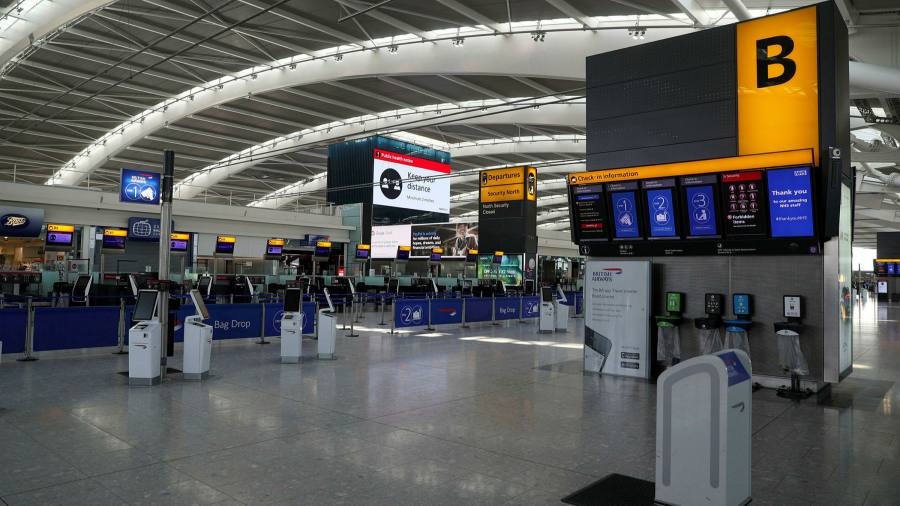