Gold eased on Thursday as investors booked profits from a strong rally, but held on to a near nine-year high due to U.S.-China tensions and bets on more global stimulus to support pandemic-hit economies, which could fuel inflation.

“With tension between the United States and China rising, U.S. bond yields continuing to edge lower, and a weaker dollar very much in evidence, the case for higher gold prices remains strong,” said Jeffrey Halley, a senior market analyst at OANDA.

“Most likely we’re seeing some short-term profit-taking in Asia before the uptrend resumes in European hours.”

In a marked escalation between the world’s two biggest economies, the United States gave China until Friday to close its consulate in Houston amid accusations of spying, which also hit risk sentiment.

Hopes for another round of U.S. stimulus measures also helped gold, which is considered a hedge against inflation and fears of currency debasement.

The dollar index held near a more than four-month low hit in the last session.

Coronavirus cases continued to surge in the United States, while more than 15.01 million people have been infected by the virus globally.

Elsewhere, silver retreated sharply, falling 2.2% to $22.53 per ounce, having rallied to a near seven-year high, helped by hopes for a revival in industrial activity.

“We see demand contracting for both palladium and platinum, flipping the platinum market balance to positive, while narrowing the palladium deficit,” ANZ analysts said in a note, adding weaker auto sales will be a drag.

Platinum and palladium are used in emission-controlling devices for automobiles.

BA pilots to vote on pay and redundancy package

Thu Jul 23 , 2020
British Airways pilots are to vote at the end of the month on a package of pay cuts and voluntary redundancies after months of tough talks over the airline’s threat to “fire and rehire” thousands. Balpa, the pilots’ union, has recommended that pilots accept the proposals that include voluntary working, […] 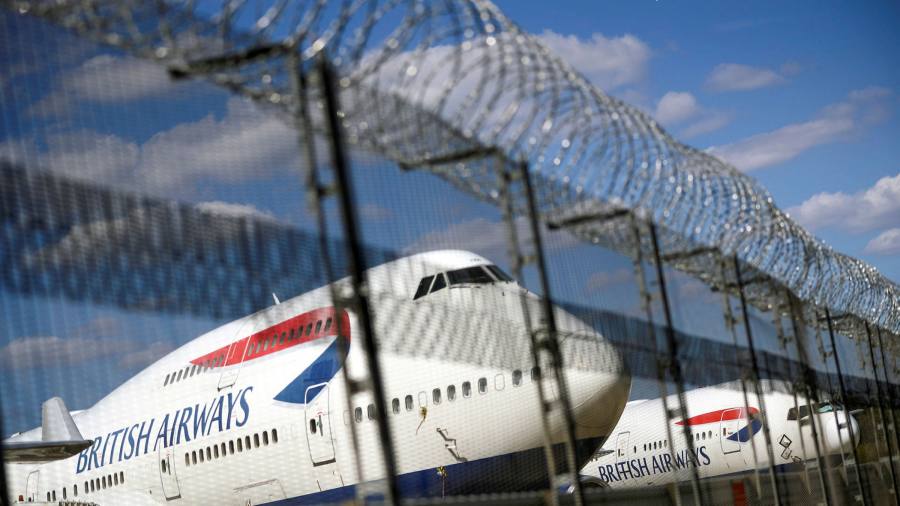