European markets are heading for a lower open Friday as flaring of diplomatic tensions between the world’s two largest economies continues to weigh on sentiment. Britain’s FTSE 100 is seen around 65 points lower at 6,146, Germany’s DAX is expected to slide around 152 points to 12,951 and France’s CAC […]

European markets are heading for a lower open Friday as flaring of diplomatic tensions between the world’s two largest economies continues to weigh on sentiment.

Global investors will be reacting to China’s retaliation to the U.S. decision to force the closure of the Chinese consulate in Houston, which it accused of being a hotspot for espionage and intellectual property theft.

In response, Beijing announced Friday that it is revoking the license of the U.S. consulate general in the southwestern Chinese city of Chengdu, and ordered the consulate to cease operations.

Mainland Chinese stocks plunged after the latest escalation, with the Shenzhen component diving more than 4% to lead a broad downturn in Asian markets.

U.S. futures are also pointing to a lower open on Wall Street later in the day, with investors also reacting to Thursday’s disappointing unemployment claims figure and a continued scourge of the coronavirus, as the country on Thursday recorded its third consecutive day with more than 1,100 deaths from Covid-19.

In Europe, the U.K. and the European Union continue to diverge on a prospective deal over their post-Brexit trading relationship as the deadline to reach an agreement is pushed back to September. EU chief negotiator Michel Barnier warned Thursday that no progress had been made on the key issues and that a trade deal now looks unlikely. Britain’s top negotiator David Frost said a deal was 50/50 and an accord could be reached by September.

Markit PMI (purchasing managers’ index) readings for the euro zone and the U.K. in July are set for release during Friday morning’s trade in Europe and could give traders an insight into the progress of the bloc’s return to economic activity. U.K. retail sales came in much better than expected before the opening bell.

Fri Jul 24 , 2020
UK retail sales rose sharply last month, continuing a recovery from a collapse in April, as non-essential shops began reopening. The volume of retail sales in Great Britain rose by 13.9 per cent last month, from the figure recorded for May, according to data released on Friday by the Office […] 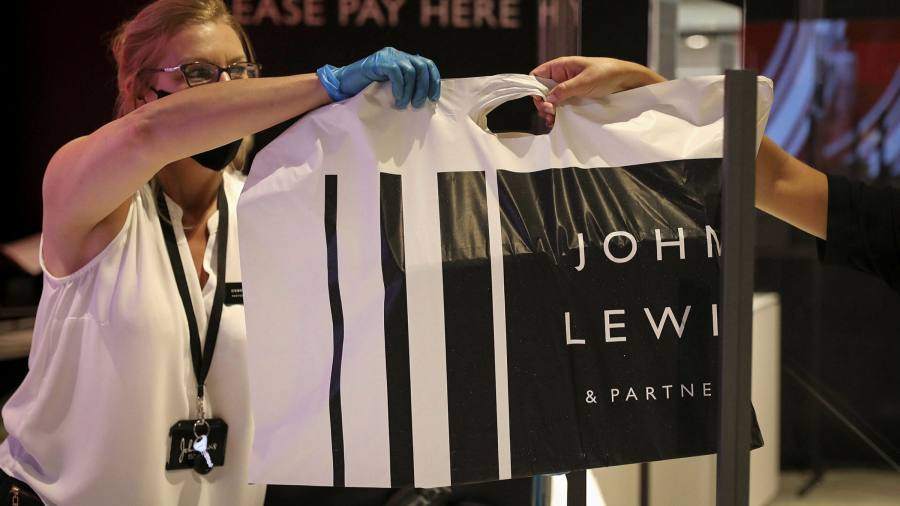