Vehicles are reflected in a window as electronic boards display stock information at the Australian Securities Exchange, operated by ASX.

Australia is also tackling a fresh wave of coronavirus outbreak in Victoria state, which accounts for the majority of reported cases and deaths in the country. In an effort to slow the spread of infection, the state has imposed strict lockdown measures limiting people’s movements and closed large parts of the economy.

Markets in Japan are closed Monday for a public holiday.

U.S. President Donald Trump last week issued executive orders that are set to ban American use of WeChat and TikTok, taking effect from the middle of next month.

Following that, the Trump administration said it will impose a fresh round of sanctions on 11 individuals, including Hong Kong leader Carrie Lam for her role in overseeing and “implementing Beijing’s policies of suppression of freedom and democratic processes.”

“The bigger question for markets is whether these actions jeopardise the US-China trade talks on August 15 and markets will be looking closely for any Chinese retaliation,” Tapas Strickland, director for economics and markets at the National Australia Bank, wrote in a Monday morning note.

Officials from both sides are set to review the implementation of their phase one trade deal and are likely to air mutual grievances during an Aug. 15 video conference, Reuters reported last week, citing two sources familiar with the plans.

“The running assumption in markets has been President Trump needed the phase one deal to succeed (as much as China) this side of the November elections to secure the mid-West. At the same time President Trump is running a hard China line into the elections,” Strickland added.

The U.S. dollar traded at 93.430 against a basket of its peers, climbing from levels around 92.800 in the previous week.

Mon Aug 10 , 2020
The village hall in Bowerchalke is an unlikely setting for a mobile technology revolution. Yet local residents, surrounded by crocheted goods and local jams, have spent three years forging a mobile phone network to bridge their own “digital divide”. The experimental Ch4lke Mobile, which runs over just five masts, can […] 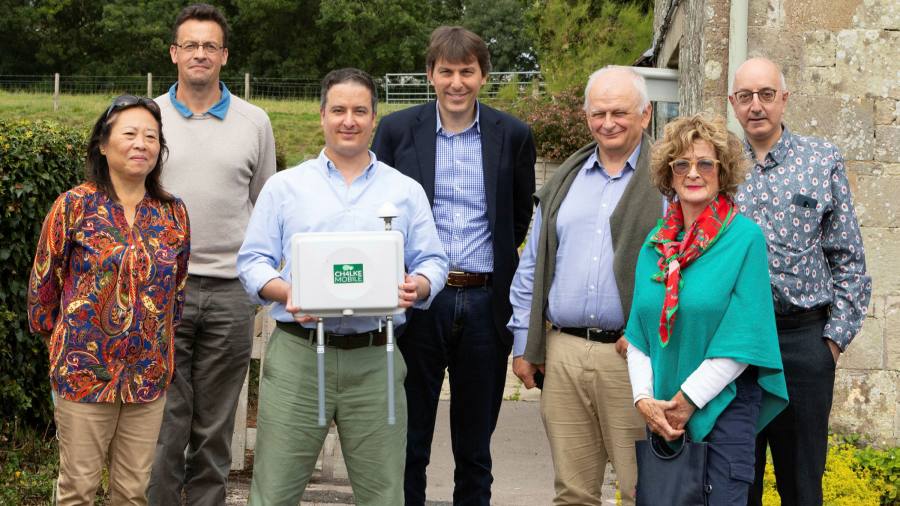