WASHINGTON (Reuters) – U.S. consumers cut spending by the most on record for the second straight month in April while boosting savings to an all-time high, and the growing frugality reinforced expectations the economy could take years to recover from the COVID-19 pandemic.

The report from the Commerce Department on Friday, together with news that monthly exports collapsed, left economists anticipating the largest contraction in gross domestic product in the second quarter since the Great Depression of the 1930s. Data has also been dismal this month on the labor market, manufacturing production and homebuilding.

The Commerce Department said consumer spending, which accounts for more than two-thirds of U.S. economic activity, plunged 13.6% last month, the biggest drop since the government started tracking the series in 1959. It eclipsed the previous all-time decrease of 6.9% in March.

Economists polled by Reuters had forecast consumer spending would plummet 12.6% in April. Spending was depressed by a decrease in outlays on healthcare as dental offices closed and hospitals postponed elective surgeries and non-emergency visits to focus on patients suffering from COVID-19.

The disease has killed over 100,000 people in the United States, the highest death toll in the world.

Spending declined at restaurants, which have shifted to delivery and pick-up service only, and hotels and motels. Spending on food and beverages fell in April.

But the COVID-19 crisis boosted incomes for consumers in April as the government’s historic fiscal package worth nearly $3 trillion doled out one-time $1,200 checks to millions of people and boosted unemployment benefits for the roughly 31 million out of work to cushion against economic hardship wrought by the pandemic.

Personal income surged a record 10.5% last month after falling 2.2% in March. Savings soared to a historic $4 trillion, with the saving rate hitting a record 33%. But business closures weighed on wages, which dropped 8.0% in April after falling 3.5% in March.

“The saving rate represents both opportunity and a warning,” said Chris Low, chief economist at FHN in New York. “If the economy reopens quickly without consequence these savings represent considerable spending power in the second half. If it takes longer to reopen the economy, these savings will be used for sustenance over the next few months.”

The economy is gradually reopening after nonessential businesses were shuttered in mid-March to slow the spread of COVID-19, raising hope economic slump was nearing a bottom.

Stocks on Wall Street were trading lower as investors braced for a U.S. response to China’s national security law on Hong Kong. The dollar fell against a basket of currencies, while U.S. Treasury prices rose.

In a second report on Friday, the Commerce Department said goods exports tumbled 25.2% to $95.4 billion in April, a 10-year low. The broad decline in exports was led by a 65.9% collapse in shipments of motor vehicles and parts. That outpaced a 14.3% tumble in imports. As a result, the goods trade deficit widened 7.2% to 69.7 billion last month.

The wider goods trade deficit is likely a drag on second quarter gross domestic product, which economists expect could drop at as much as a 40% rate, a pace not seen since the 1930s.

The economy contracted at a 5.0% annualized rate last quarter, the deepest pace of decline in GDP since the fourth quarter of 2008. Consumer spending tumbled at a 6.8% rate, the sharpest drop since the second quarter of 1980.

With consumer spending depressed in April, inflation pressures were weak, with the personal consumption expenditures (PCE) price index excluding the volatile food and energy components falling 0.4%. That was the largest drop since September 2001 and followed an unchanged reading in March.

In the 12 months through April, the so-called core PCE price index rose 1.0%, the smallest gain since December 2010 which followed a 1.7% increase in March. The core PCE index is the Federal Reserve’s preferred inflation measure. The U.S. central bank has a 2% inflation target.

“The core PCE decline reflects some big collapses in the prices of a limited number of the most-affected services,” said Andrew Hunter, a senior U.S. economist at Capital Economics. “It is not evidence of a widespread Japanese-style deflation ensnaring America.”

Fri May 29 , 2020
VIENNA (Reuters) – Ryanair’s (RYA.I) Austrian carrier Lauda said on Friday it was closing down its Vienna base after failing to reach an agreement with unions on pay, and had already relocated many of its 15 planes to other bases. FILE PHOTO: Ryanair planes are seen at Dublin Airport, following […] 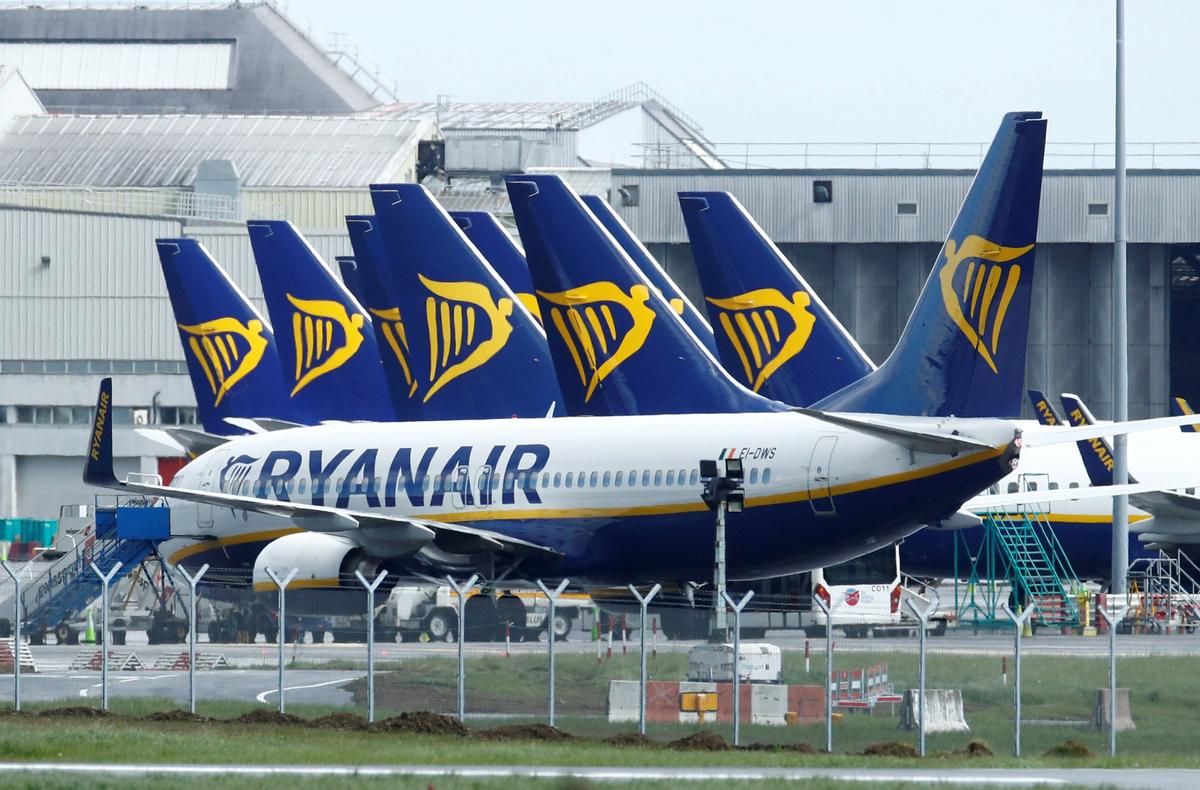