(Reuters) – The U.S. Food and Drug Administration on Friday cautioned against the use of malaria drug hydroxychloroquine in COVID-19 patients even as President Donald Trump, who has touted it as a “game changer,” advocated for an additional review.

The drug, first approved in 1955, provided no benefit and potentially higher risk of death for patients at U.S. veterans hospitals, according to an analysis that has been submitted for an expert review on Tuesday.

“You hear it both ways,” Trump told reporters at the White House on Friday after the FDA announcement. “I’m not a doctor. A study has to be done. If it helps, it’s great. If it doesn’t work, don’t do it,” he said.

Trump said he had just spoken with the president of Honduras, who had touted the drug when calling to ask for ventilators. “If it works I think everyone would be in favor of it… check with him, call him.”

The FDA said on Friday it was aware of increased use of hydroxychloroquine and chloroquine through outpatient prescriptions and the malaria drugs could cause abnormal heart rhythms and dangerously rapid heart rate. (bit.ly/3cHvepp)

COVID-19, the disease caused by the new coronavirus, has no approved treatment or vaccine. But hydroxychloroquine has been widely used in an attempt to alter the course of the COVID-19 illness based on anecdotal reports that it may provide some benefit.

There are several randomized trials underway in the United States and elsewhere, with the National Institutes of Health last week starting a study to evaluate the safety and the effectiveness of hydroxychloroquine.

A research team in Marseilles, France, published data showing that out of 80 mild COVID-19 patients treated with hydroxychloroquine and antiobiotic azithromycin, 93 percent had no detectable levels of the virus after eight days.

Doctors have questioned the value of the Marseille study and several papers from China as being too small or poorly designed to offer hard evidence of benefit.

The FDA’s announcement comes a day after the European Union’s drug regulator warned of side effects of the drugs, urging medical professionals to closely monitor patients on the medicines.

The FDA has allowed healthcare providers to use the drugs for COVID-19 through its emergency use authorization, but has not approved them to treat the disease.

FILE PHOTO: Researchers at the Microbiology Research Facility work with coronavirus samples as a trial begins to see whether malaria treatment hydroxychloroquine can prevent or reduce the severity of the coronavirus disease (COVID-19), at the University of Minnesota in Minneapolis, Minnesota, U.S. March 19, 2020. REUTERS/Craig Lassig

The heart rhythm risks may increase when the medicines are combined with other drugs, such as antibiotic azithromycin, as well as in patients with existing heart and kidney disease, the agency said on Friday. (bit.ly/2Y1gE8b)

Within hours of Trump’s initial endorsement on March 19, pharmaceutical supply chain experts reported shortages as doctors began prescribing hydroxychloroquine for themselves and their families. Patients have also pressured doctors to use the therapies.

Rick Bright, the ousted director of a U.S. agency charged with developing drugs to fight the pandemic, said on Wednesday he was dismissed because he called for careful vetting of the therapies.

Reporting by Saumya Sibi Joseph and Manas Mishra in Bengaluru and Jeff Mason in Washington; Writing by Ankur Banerjee; Editing by Aditya Soni and Maju Samuel

Sat Apr 25 , 2020
SAN FRANCISCO (Reuters) – U.S. states promoting apps that could prove essential to ending the coronavirus lockdown may be headed for a showdown with the two Silicon Valley companies that control key software on 99% of smartphones over the collection of sensitive GPS location data. FILE PHOTO: The Care19 mobile […] 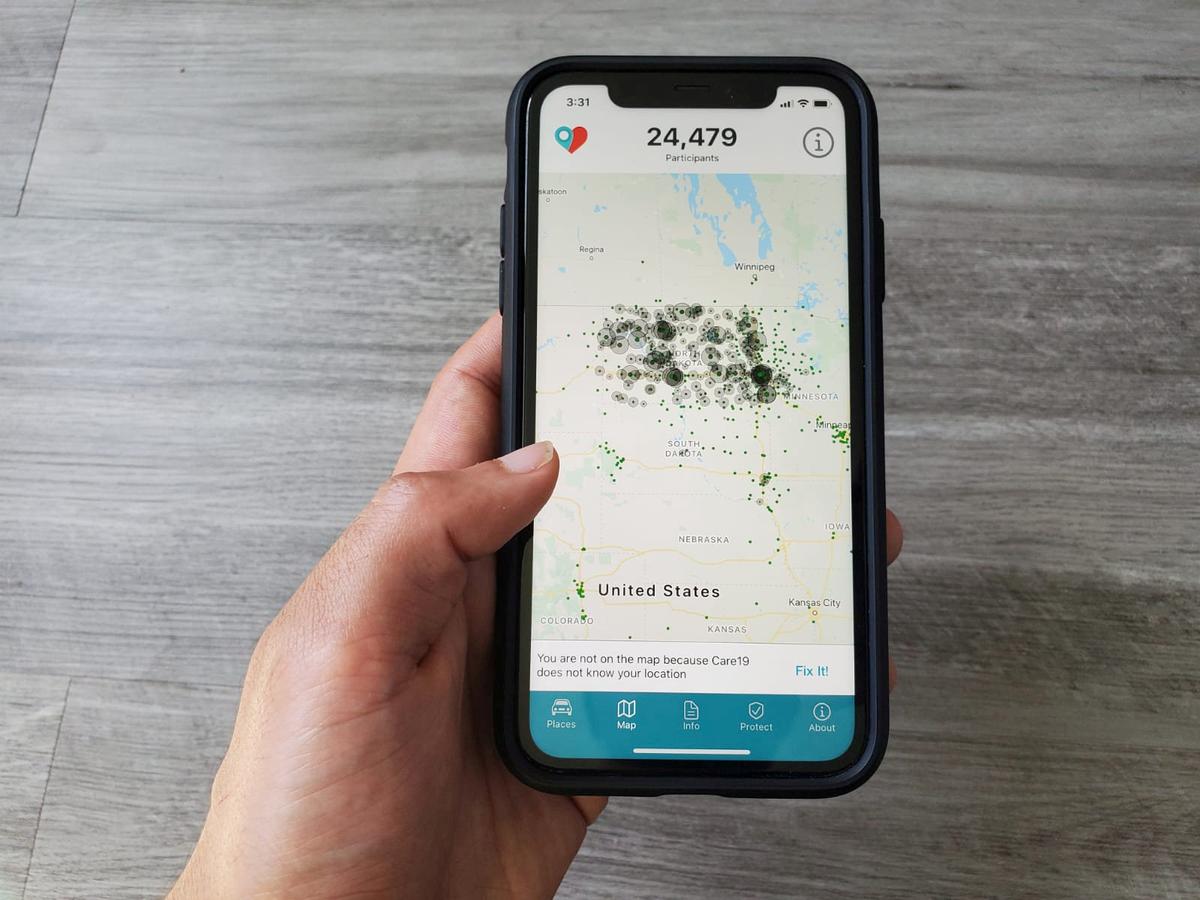