WASHINGTON (Reuters) – A group of Republican lawmakers plans to unveil legislation this week to keep Americans from investing in foreign defense companies with ties to China’s military, according to a document seen by Reuters, the latest in a string of measures aimed at curbing U.S. funding for China-based firms. […]

WASHINGTON (Reuters) – A group of Republican lawmakers plans to unveil legislation this week to keep Americans from investing in foreign defense companies with ties to China’s military, according to a document seen by Reuters, the latest in a string of measures aimed at curbing U.S. funding for China-based firms.

Representatives Mike Gallagher, Jim Banks and Doug LaMalfa plan to introduce the bill, which would require Treasury Secretary Steve Mnuchin to submit a report to Congress listing foreign defense companies that have “substantial contracts with, ties to, or support from” the Chinese military.

Six months after the report is issued, American companies and citizens would be required to divest from those firms and would be banned from making new investments in them.

“On one hand, Congress is asking taxpayers to help grow our military so we can compete with China. On the other hand, large U.S. investment funds are dumping U.S. dollars into China’s military industrial base,” Banks said in a statement. “We need to end our cognitive dissonance and stop funding the rise of our chief global adversary.”

The move comes as the U.S. government has begun extending its trade and technology battle with Beijing to capital markets, as ties between the rival nations have soured over the origins of the deadly coronavirus.

While it was not immediately clear if Democrats or other Republicans would support the bill, anti-China sentiment is running high in the Capitol after China moved to curb Hong Kong’s independence. Both the Democratically-led House of Representatives and the Republican-controlled Senate approved legislation to punish top Chinese official for human rights abuses against Uighur Muslims.

On Friday, President Donald Trump said his administration will study ways to safeguard Americans from the risks of investing in Chinese companies, ratcheting up pressure on the firms to comply with U.S. accounting and disclosure rules.

Earlier this month, an independent board tasked with administering federal worker and military pension funds halted plans to allow one of its funds to track an index that includes controversial Chinese companies, under pressure from the White House.

Those moves came after China’s Luckin Coffee, which trades on the Nasdaq stock exchange, said in April that as much as 2.2 billion yuan ($310 million) in sales last year had been fabricated.

The revelation strengthened the position of China hawks in the Trump administration who argue that investors in Chinese companies are vulnerable to unforeseen risks because they are not subject to the same auditing and disclosure rules as U.S. companies.

The Senate passed legislation earlier this month that could prevent some Chinese companies from listing their shares on U.S. exchanges unless they follow standards for U.S. audits and regulations. 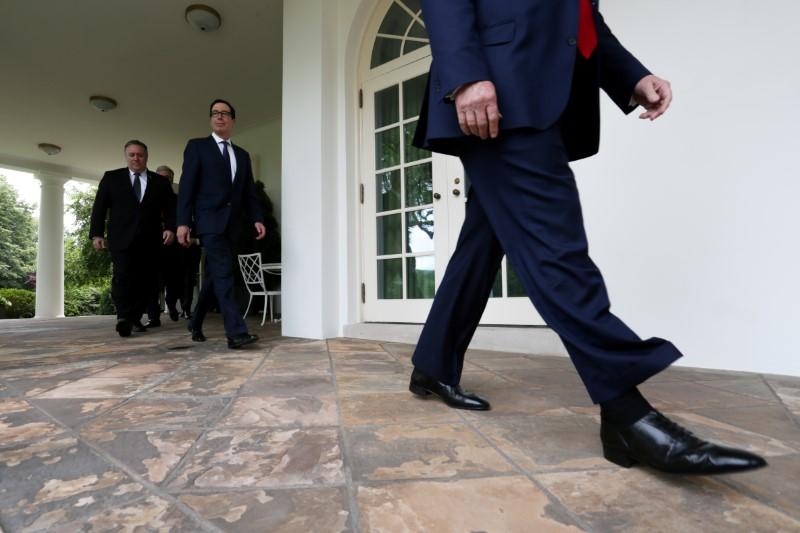