FILE PHOTO: A sticker reads crude oil on the side of a storage tank in the Permian Basin in Mentone, Loving County, Texas, U.S. November 22, 2019. REUTERS/Angus Mordant

WASHINGTON (Reuters) – Two Democratic U.S. lawmakers on Thursday urged the Federal Reserve to reject a request by the energy industry to be allowed to use funding from a $600 billion emergency lending facility to pay off their debts.

Senator Edward Markey and Congresswoman Nanette Diaz Barragán wrote to the Fed after Reuters reported that the energy industry had asked the central bank to make the change to the program, which aims to help small and medium-sized businesses hurt by the novel coronavirus disruption.

“It would be a short-sighted misuse of taxpayer resources to accede to these requests, which would effectively help bail out an industry struggling under the weight of its own debt and long-term systemic decline,” the lawmakers wrote to Fed Chair Jerome Powell on Thursday.

As governments globally respond to climate change, the cost of renewable energy is declining, creating fundamental structural risks for oil and gas assets that taxpayers should not take on, the lawmakers said.

“Additionally, using federal money to prop up the fossil fuel industry would only increase the financial toll of climate change and the environmental degradation it has wrought.”

The Fed, which received roughly 2,000 letters on the lending program, did not immediately respond to a request for comment. It has said it may tweak the program terms if necessary.

So far, the energy industry has largely missed out on federal support to businesses hurt by the coronavirus disruption. But it is hoping it can benefit from the Fed’s Main Street Lending Program due to launch in coming weeks.

The Independent Petroleum Association of America asked the Fed to reconsider a provision that bars eligible borrowers from using the cash to repay other loan balances, according to an April 15 letter seen by Reuters.

Before the oil price slump began in early March, many U.S. shale producers were carrying significant debt and had been preparing for possible Chapter 11 bankruptcy. The oil and gas sector suffered further pain this week after U.S. crude oil futures traded in negative territory on Monday for the first time in history on worries of massive oversupply.

Thu Apr 23 , 2020
WASHINGTON (Reuters) – Eighty countries and customs territories have banned or limited the export of face masks, protective gear, gloves and other goods to mitigate shortages since the coronavirus outbreak began, the World Trade Organization reported on Thursday. FILE PHOTO: A piece of Banksy street art titled “The Girl with […] 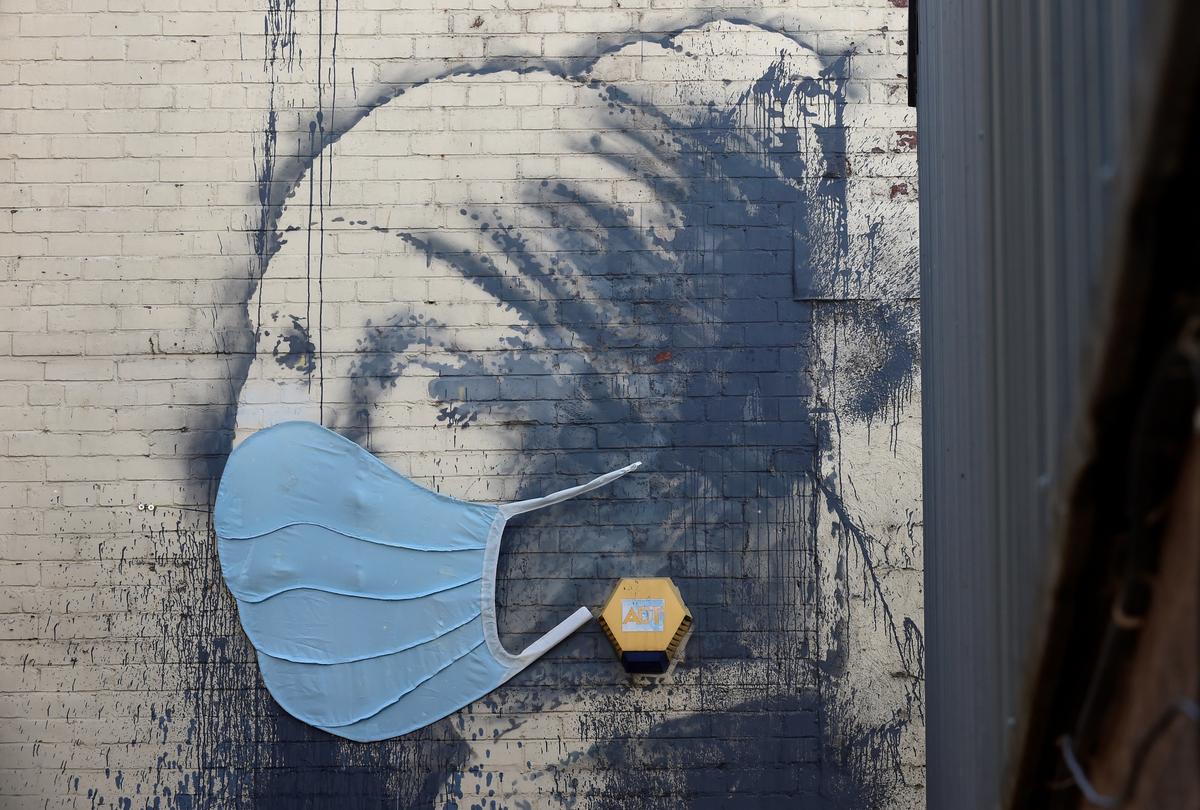