WASHINGTON/NEW YORK (Reuters) – More than two dozen U.S. states moved ahead with plans to relax restrictions on business and social life, hoping to reverse the economic blows of the coronavirus that led to another 3.89 million Americans filing jobs claims last week.

With White House guidelines for social distancing expiring on Thursday, states have been grappling with when and how to revive their economies while keeping residents safe with stay-at-home and social-distancing policies.

Plans were in place to ease restrictions without the “Opening Up America Again” safeguards the White House itself had recommended, including declines in the infection rate and expanded virus testing.

Anthony Fauci, director of the National Institute of Allergy and Infectious Diseases and a White House task force member, warned states against moving too fast.

“You can’t just leap over things to a situation where you’re really tempting (the virus) to rebound. That’s the thing I get concerned about. I hope they don’t do that,” he told NBC’s “Today” show.

Coronavirus cases have climbed throughout the country. Indiana, Massachusetts, Ohio and Pennsylvania reported record deaths on Wednesday and the U.S. death toll topped 60,000 with well over 1 million confirmed cases as of Thursday.

The sense of urgency with which states were looking to reopen was highlighted on Thursday by Labor Department data showing that 3.839 million people filed claims for unemployment benefits in the week ended April 25.

That was down from 4.442 million the prior week, but still lifted the number of people who sought unemployment benefits to around 30 million since March 21. That represents roughly 18.4% of the working age population.

The numbers suggested that layoffs were spreading to industries not directly hurt initially by business closures and disruptions related to the coronavirus.

“Job separations will likely remain high for a while, as softer demand spills over into industries not initially directly affected by shutdowns,” said Andrew Hollenhorst, an economist at Citigroup in New York.

Florida on Wednesday became the latest state, and one of the largest, to announce steps to ease restrictions that crippled business activity.

“There is a light at the end of the tunnel,” Florida Governor Ron DeSantis said as he unveiled his phase-one plan to start on Monday to relax mandatory workplace closures and stay-at-home orders imposed four weeks ago.

Earlier in the week his counterpart in Texas, Greg Abbott, another governor closely aligned with their fellow Republican, President Donald Trump, announced a similar economic reopening strategy due to take effect this Friday.

In California, however, Governor Gavin Newsom was expected to announce the closure of all beaches and parks in the state after crowds jammed beaches last weekend, according to a memo seen by Reuters.

A Democrat, Newsom has said that curbside retail, manufacturing and other “lower-risk workplaces” should reopen in California within weeks as testing and contact-tracing improve.

Fauci said it was possible that millions of doses of the drug could be available by January as the Food and Drug Administration is reportedly set to grant emergency approval to remdesivir.

“We want to go quickly, but we want to make sure it’s safe and it’s effective. I think that’s doable if things fall in the right place,” Fauci said.

Reporting by Doina Chiacu and Lucia Mutikani in Washington; Writing by Maria Caspani; Editing by Frank McGurty and Howard Goller

Thu Apr 30 , 2020
London’s Gatwick airport could bear the brunt of British Airways’ job cuts after the airline warned its operation may not return following the coronavirus crisis that has battered the aviation sector.  In a letter to BA staff at the complex south of London, seen by the FT, Adam Carson, managing […] 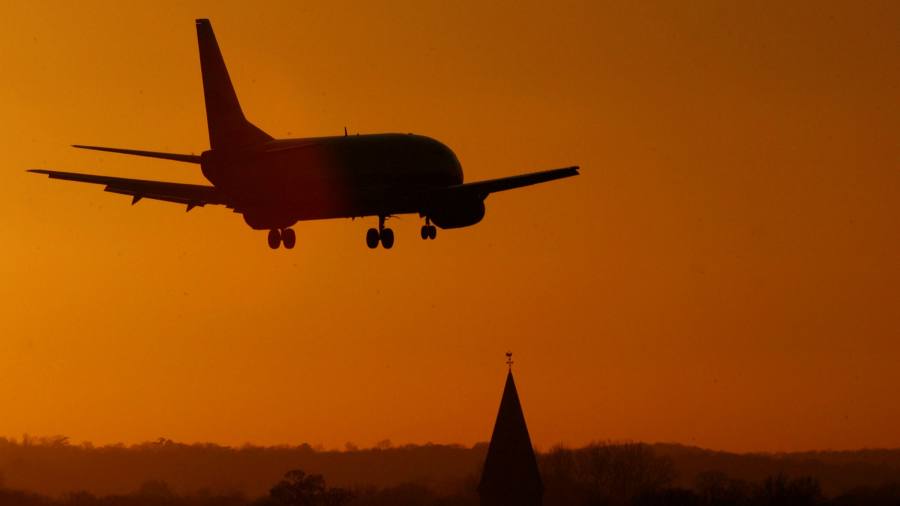