WASHINGTON (Reuters) – The United States and Britain on Tuesday launched a first round of negotiations for a free trade agreement, with their trade representatives pledging to work quickly online to reach a deal that will “significantly boost trade and investment.” The talks, to be conducted virtually, will involve over […]

WASHINGTON (Reuters) – The United States and Britain on Tuesday launched a first round of negotiations for a free trade agreement, with their trade representatives pledging to work quickly online to reach a deal that will “significantly boost trade and investment.”

The talks, to be conducted virtually, will involve over 300 U.S. and UK staff and officials in nearly 30 negotiating groups, U.S. Trade Representative Robert Lighthizer and UK trade minister Liz Truss said in a joint statement.

“We will undertake negotiations at an accelerated pace and have committed the resources necessary to progress at a fast pace,” they said. “A Free Trade Agreement would contribute to the long-term health of our economies, which is vitally important as we recover from the challenges posed by Covid-19,” the disease caused by the novel coronavirus.

It will be Washington’s first major new trade negotiation in 2020. London has also been working out trade terms with the European Union following its exit from the block in January.

Both countries are trying to shore up domestic supply chains as they grapple with the effects of the coronavirus crisis.

Lighthizer has named the UK trade talks one of the Trump administration’s top priorities for 2020. He published objectives more than a year ago that sought full access for U.S. agricultural products and reduced tariffs for U.S. manufactured goods.

Republican U.S. Senator Chuck Grassley of Iowa said he hopes a trade deal with the UK lays the groundwork for an improved deal with the EU.

“All I’m hoping to do is if we get a good deal with the UK on agriculture, it’s going to embarrass Europe,” Grassley told reporters on a conference call.

The Trump administration is looking to shift supply chains back to the United States and away from China, where the novel coronavirus originated, and is pushing a “Buy American” campaign for medical and other supplies.

FILE PHOTO: Britain’s Secretary of State of International Trade and Minister for Women and Equalities Liz Truss is seen outside Downing Street, as the spread of the coronavirus disease (COVID-19) continues, in London, Britain March 17, 2020. REUTERS/Henry Nicholls

Agriculture is expected to be among the thorniest issues in the talks, given the strong British opposition to U.S. genetically modified crops and antibacterial treatments for poultry. Prime Minister Boris Johnson has vowed to drive a “hard bargain” and Truss has said that Britain would not diminish its food safety standards.

The top American business lobby, the U.S. Chamber of Commerce, on Monday urged the two historic allies to eliminate all tariffs, saying that would boost the long-term outlook for both countries at a time when their economies have been hard hit by shutdowns aimed at curbing the spread of COVID-19.

The chamber said the two countries also could strengthen global trade rules to deal with challenges posed by non-market economies such as China..

Trade in goods between the United States and United Kingdom was valued at $127.1 billion in 2018, with the two sides roughly in balance, while the services trade topped $134.8 billion. Britain is the seventh-largest U.S. goods trading partner, after South Korea, according to the U.S. Census Bureau.

Ted Bromund, a senior research fellow at the Heritage Foundation, a conservative think tank in Washington, said one area ripe for tariff reduction was in automotive trade, Britain’s largest export sector to the United States. U.S. passenger car tariffs are 2.5%, with pickup truck tariffs at 25%, while Britain maintain a 10% car tariff.

Truss said a trade deal would make it even easier for the two allies to do business “across the pond.”

“We want to strike an ambitious deal that opens up new opportunities for our businesses, brings in more investment and creates better jobs for people across the whole of the country,” she said in the joint statement.

An opening plenary kicked off the negotiations on Tuesday, to be followed by multiple virtual meetings from May 6-15.

Further rounds of talks will take place approximately every six weeks and will be carried out remotely until it is safe to travel, the UK embassy said.

Grassley said he thinks the talks will be more difficult via videoconference.

“It seems to me it’s not as quite good as sitting across the table from them,” he said.

Tue May 5 , 2020
Virgin Atlantic is preparing to cut almost a third of its 10,000 workforce and close its London Gatwick operations as the airline scales back to survive the coronavirus crisis.  The British airline on Tuesday warned it would take up to three years to return to 2019 traffic levels and announced […] 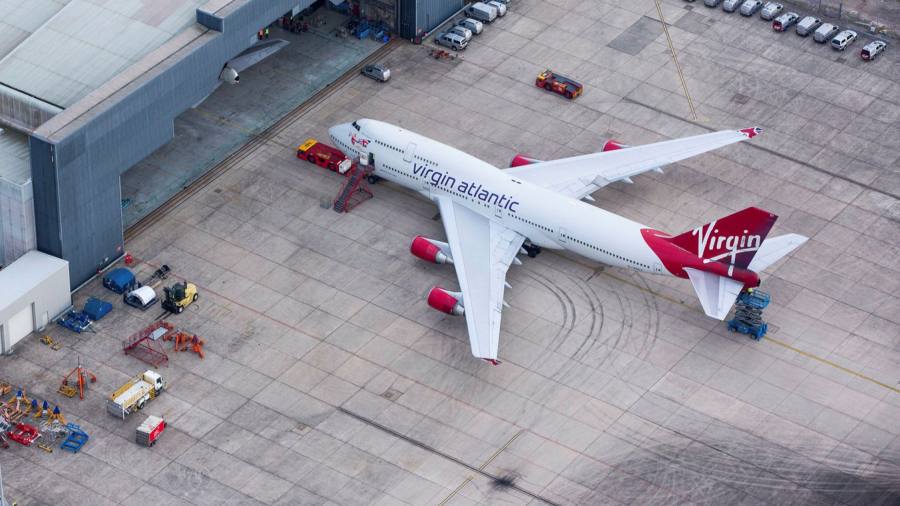