The British government has abandoned a proposed total exemption of France from a planned two-week quarantine for anyone visiting the UK, after critics asked why an entire country should be excluded from the scheme.

Instead, the only key professionals deemed to need to travel between mainland Europe and Britain for purposes such as delivering freight will be excluded.

The UK authorities will this weekend finesse their plans for the 14-day quarantine for almost anyone coming into the country in order to prevent the spread of coronavirus.

Last Sunday Downing Street said that a reciprocal deal with Paris meant quarantine restrictions would not apply to people arriving from France.

In a joint statement the British and French governments said: “No quarantine measures would apply to travellers coming from France at this stage; any measures on either side would be taken in a concerted and reciprocal manner.”

But on Friday Number 10 comprehensively backtracked from the joint announcement. “There isn’t a French exemption. What the statement at the weekend said was that we would be working with the French in the coming weeks because co-operation is particularly necessary for the management of our common border,” a spokesman for the prime minister said.

A joint working group between the two governments, which will put together a final plan this weekend, is now working on the basis that there will not be a blanket exclusion for the French.

Grant Shapps, UK transport secretary, confirmed on Thursday evening that there would only be “limited exemptions” to the quarantine policy.

“It seems fair and right that if we are asking British people to stay at home and make such sacrifices in their own lives then we would expect anyone coming back to the country or visiting the country to do the same thing, with some limited exemptions,” he said during the government’s daily press conference.

Whitehall aides said that those excluded from the quarantine would be “key professions” such as freight drivers and scientists, but said the final list had not yet been drawn up.

One person close to the talks said there was a particular emphasis on France because the Channel tunnel meant that there was “an effective second land border with the UK”. But they added: “Paris never thought that this would apply to every single French citizen who wanted to visit the UK.”

Earlier this week the EU warned that if all French visitors escaped the quarantine, it would lead to lawsuits in the European Court of Justice — unless the policy was extended to all EU citizens.

Manufacturing groups, which have been calling for exemptions for some skilled staff, warned in the FT earlier this week that the quarantine policy could lead to supply shortages and job losses. Some factories in sectors such as pharmaceuticals and chemicals rely on “fly in, fly out” engineers from abroad to service production lines.

Under the quarantine plans, overseas arrivals to the UK will be asked to provide details of their accommodation and to self-isolate for 14 days. Those who break the rules risk arrest and spot fines starting at £100, rising to a maximum of £3,200 for repeat offenders.

Exclusive: Italy doubles down on debt sales to retail investors

Fri May 15 , 2020
ROME (Reuters) – Italy will launch a campaign this month to entice individual investors to buy its government debt and shift some of the burden of funding the fight against the coronavirus from its banks, which are still recovering from the last crisis. FILE PHOTO: Nicola Contaldi walks to deliver […] 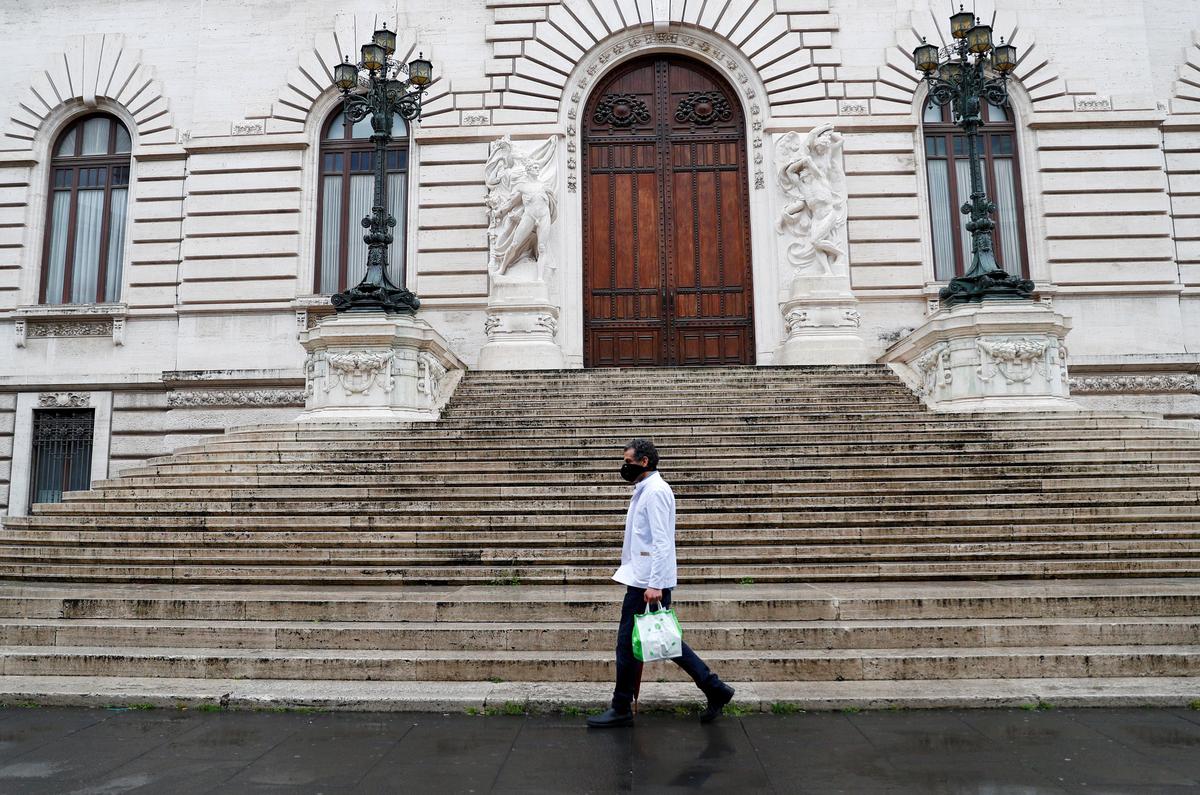