The UK aerospace industry is calling for an urgent meeting with ministers to address the “existential crisis” it faces as a result of the collapse in global aircraft demand, which is expected to cost the sector annual sales of £5bn this year alone.

Paul Everitt, chief executive of ADS, which represents aerospace companies from giants such as Rolls-Royce and Airbus to smaller family-owned suppliers, has written to business secretary Alok Sharma, chancellor of the exchequer Rishi Sunak and cabinet office minister Michael Gove to ask for a crisis meeting with the industry’s senior leaders.

“The UK’s aerospace, defence, security and space sectors are of strategic importance to the UK economy, contributing a combined £32bn in added value,” he said in the letter, sent last week. “The impact is stark for many of our members.”

The call comes as the sector is braced for a wave of job losses in the wake of drastic production cuts by both Boeing and Airbus in recent weeks. Rolls-Royce is preparing to cut as many as 8,000 jobs, the biggest share of which are expected to fall on the civil aerospace division in Derby.

Airbus, which employs 13,500 people in the UK, is also weighing job cuts as airlines cancel and defer aircraft orders.

Job losses are expected to roll out through the supply chain in the coming weeks with smaller companies even more vulnerable to the abrupt collapse in demand.

Andrew Mair, chief executive of the Midlands Aerospace Alliance, estimates that the cluster of companies in his region have lost between a quarter and a third of their expected revenue, for the next four years.

The crisis has prompted most carriers to cut back expansion plans, and aircraft orders.

“The aerospace industry is preparing for what could be the largest market meltdown in its history,” Mr Mair said in a note to members. “Companies that survive these challenging times could take years to return to growth.” The Midlands aerospace cluster, one of the world’s largest, was second only to the car industry in its importance to the UK, he added.

ADS estimates that about 250,000 people have jobs that depend on the aerospace sector, with the average industry wage 45 per cent higher than the national average.

Mr Everitt said rapid government action was needed to minimise the damage and to preserve expertise crucial to continued competitiveness.

“We need robust measures to limit the dangers and long-term impacts that will result from this crisis. We are not asking for a bailout,” he said in his letter.

Boris Johnson, prime minister, will on Sunday evening set out details for the next phase of the UK’s lockdown. The aviation sector has warned that a 14-day quarantine on visitors to Britain would be catastrophic for their industry, which is already struggling to cope with a near global shutdown of air travel.

“We are disappointed by all talk of quarantine,” Mr Everitt told the Financial Times. “What the industry needs is international agreement on processes and procedures to minimise the risk of people getting on aircraft with Covid-19. If these are in place then . . . there should be no risk when they arrive at their destination.”

The ADS set out five priorities for government action, including: a “pragmatic and proportionate plan to resume flights . . . as soon as the crisis allows”; an extension of the wage support scheme, which ends in June; increased government support for low carbon aerospace technology; new measures to unlock finance for essential manufacturing supply chains; and an acceleration of public procurement — in particular defence and space projects — to support jobs and cash flow.

Sun May 10 , 2020
Retail and property chiefs have warned that the government’s business bailout package of reliefs, grants and loans will not be sufficient to stop the “imminent collapse of many businesses”. In a letter to small business minister Paul Scully and chancellor Rishi Sunak, the British Retail Consortium said the crisis “facing […] 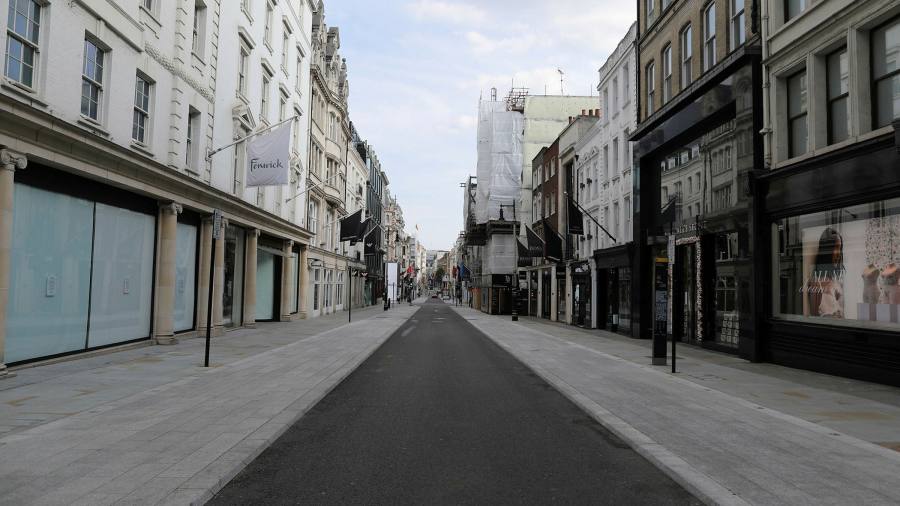