More than 1.8m people have made new benefits claims through the universal credit system since the start of March, when the coronavirus crisis began to hit the UK’s labour market, the Department for Work and Pensions said on Tuesday.

This total, covering the six weeks to April 12, means almost five times as many people sought help through the benefits system as in the same period of 2019. The DWP’s figures show that the daily rate of claims started ticking up in early March, but jumped after March 16, when the government first urged people to avoid social contact, and peaked at more than 100,000 on some days in late March. While the volume of claims has fallen, it is still running above normal levels, the department said.

The uptick in claims is a stark illustration of the damage the UK’s labour market has sustained in a matter of weeks, with the unemployment rate set to rise from its latest recorded rate of 4 per cent. Official data released on Tuesday showed the employment rate reached a new high of 76.6 per cent in the three months to February. But the Resolution Foundation, a think-tank, said the universal credit figures confirmed “that the UK is unlikely to be setting new employment records for many years to come”.

With the UK’s official data lagging behind events by several months, it remains very difficult to gauge how many people affected by the lockdown will become unemployed, as opposed to working fewer hours or being placed by their employers on the government’s furlough scheme — which received applications from 140,000 companies for more than 1m employees on the first day.

Many of those who have filed claims for universal credit may since have been rehired and placed on furlough by their employers, while others might qualify for support offered to the self-employed. Others could be seeking help because their hours or wages have been cut.

Danny Blanchflower, a former member of the Bank of England’s Monetary Policy Committee, said the UK’s failure to produce more timely labour market data — in contrast with the real-time information available in the US, Canada and elsewhere — was “embarrassing” and had left policymakers in the dark just when “it really matters to know what’s going on”.

Economists say the unemployment rate is bound to rise rapidly in the near term. Yael Selfin, chief economist at KPMG, said that with more than a third of all UK jobs being in sectors highly affected by the lockdown, unemployment could rise close to 9 per cent before the economy began to reopen. “An additional spike in unemployment after the lockdown also seems likely, once government support via the Job Retention Scheme ends,” she said.

Citizens Advice, the charity, said its polling suggested that a fifth of people in the UK had already applied for benefits or were expected to do so as a result of the virus. Fifteen per cent said that if they did seek help, they would not be able to manage the controversial five-week wait for a first payment under universal credit without having to borrow.

The DWP said people who had made claims when the lockdown first began would receive payments from Wednesday, with at least 93 per cent expected to receive payments in full and on time. It added that it had made more than 513,000 advance payments to those in urgent need of money in the four-week period to April 12.

This is a much lower proportion than usual of the numbers making new benefits claims. The DWP said this should not be seen as worrying, because people now claiming UC were not typical of its usual caseload — many are using the benefits system for the first time and may have savings, or recent wage and redundancy payments to fall back on.

However, Laura Gardiner, research director at the Resolution Foundation, said it was “important that new claimants are not put off asking for an advance by fear of going into debt”, arguing that the government should suspend the repayment of advances for the duration of the Covid-19 outbreak.

Tue Apr 21 , 2020
LONDON (Reuters) – Brent oil futures are set for extreme volatility when the front-month June contract expires next week, but they will avoid the historic plunge below zero that U.S. peer WTI has suffered, traders and analysts said. FILE PHOTO: Crude oil storage tanks are seen from above at the […] 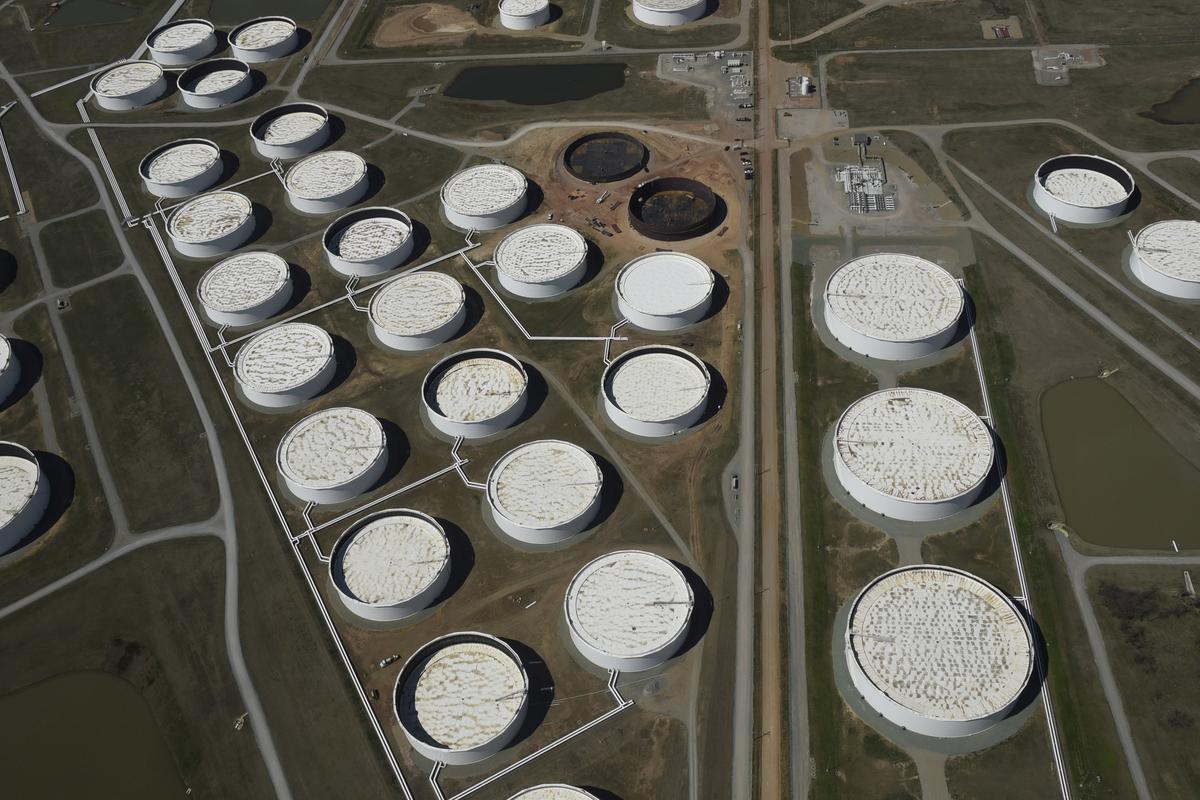