The Bank of England and the Treasury are braced for a prolonged UK economic slump after the coronavirus lockdown restrictions are lifted, amid fears swaths of the population will be reluctant to ramp up spending or go back to work.

Ben Broadbent, deputy BoE governor, said on Monday that a 35 per cent contraction in Britain’s economy in the second quarter predicted by the Office for Budget Responsibility did not look unrealistic and warned that escaping the downturn might not be easy.

“We will have to think about whether behavioural responses of people mean that even if the government-imposed lockdown is lifted, demand may remain weak in some areas just out of people’s natural caution,” he added.

Mr Broadbent noted in an online presentation to businesses that some industries such as construction had halted activity despite there being no government requirement for them to do so.

The fear among sections of the population of catching Covid-19 after the lockdown is lifted has become a big topic of discussion inside the government, reflected in growing concerns in the Treasury that Britain is heading into a prolonged “U-shaped” recession.

In the same way the public locked themselves down before they were told to, they may not come out of lockdown when they are told they can

While cabinet ministers are divided on when to ease the lockdown restrictions, there is a common view that any relaxation would have to be accompanied by a publicity campaign to reassure people that it was now safe to leave their homes.

“It will be important to make sure you get the right communications so that people know what the new rules are,” said one government official.

Another official added: “If you opened schools tomorrow, the idea that suddenly children would all return to school is nonsense. The public is still scared of a killer virus.

“In the same way the public locked themselves down before they were told to, they may not come out of lockdown when they are told they can.”

Ministers pointed to how when they kept schools open for the children of “key workers” after the lockdown, they expected some 20 per cent of pupils to turn up. Instead, the figure was just 2 per cent.

Government scientific advisers will this week consider whether to recommend the wearing of face masks: a move which might help to reassure people that it was safe to return to work.

Sadiq Khan, London mayor, last week proposed that masks, even makeshift face coverings like scarves, should become commonplace on public transport and in stores. Government scientific advisers have so far been sceptical about the idea, although the matter is under review.

Any government exit strategy from the lockdown would require mass testing of the population for the virus.

But so far ministers are well short of their target of delivering 100,000 tests a day by the end of April. Downing Street said the latest daily figures for tests stood at 24,626, well below the capacity for 36,000.

Boris Johnson is recovering from Covid-19 at Chequers, his country residence, but was said by Number 10 to be receiving “updates” on the government’s handling of the crisis. The prime minister had previously said he hoped to “turn the tide” on the disease by June.

“The big concern is that there is a second peak: that is ultimately what will do the most damage to health and the economy,” said Mr Johnson’s spokesman. “If you move too quickly, the virus could spread exponentially again.”

Mr Johnson’s cautious approach aligns him with health secretary Matt Hancock but puts him at odds with chancellor Rishi Sunak and Cabinet Office minister Michael Gove, who favour a swifter approach to easing the lockdown, starting next month.

The government’s scientific advisory group on emergencies will produce new evidence for ministers by the end of April on whether it is safe to start easing parts of the lockdown.

The Treasury recognises that any lifting of restrictions will depend on the course of the pandemic and that there is unlikely to be a big bang reopening where the economy is switched on again.

Meanwhile former chancellor Philip Hammond said on Monday it was “vital” that businesses be given more information about the government’s exit strategy from the lockdown, so they could begin planning for a new environment.

“This is a £2tn economy, you can’t spin it up overnight from nothing,” said Mr Hammond, speaking at Chatham House, the think-tank, in London.

“We owe it to businesses, we owe it to all our citizens, to make sure that when the green light is signalled, business can respond very quickly and that means being prepared. The quicker we do it, the fewer businesses will fail and the few jobs will be lost.”

Mr Hammond added: “I’m afraid that I think those who are forecasting a V-shaped recovery are probably erring on the side of optimism. I suspect that it is more likely that it will be something of a U-shaped recovery.”

Mon Apr 20 , 2020
LONDON (Reuters) – Some high-profile sovereign creditors are signalling a tentative willingness to help poorer countries with debt relief during the coronavirus pandemic – but many also caution that it won’t be as simple as it sounds. FILE PHOTO: A woman wears a protective face mask, due to the global […] 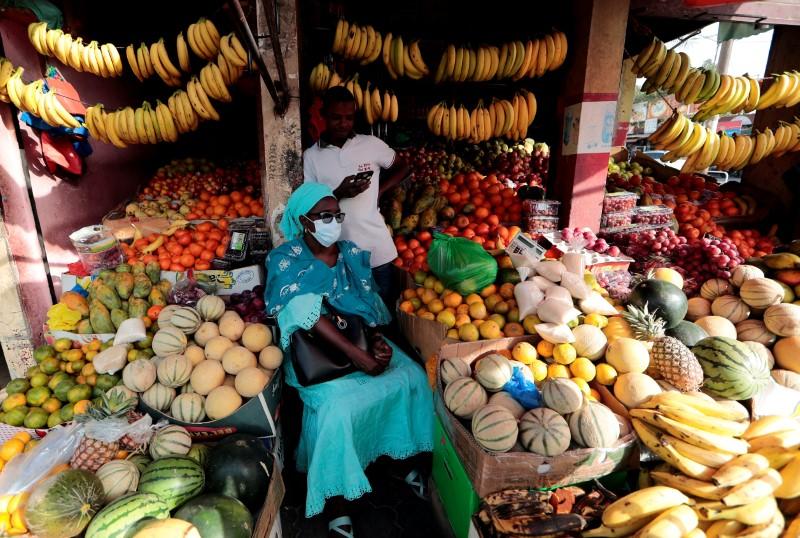