LONDON (Reuters) – Britain’s government went slightly over its budget deficit target for the recently ended 2019/20 financial year which is likely to be dwarfed soon by a surge in public borrowing to soften the economic hit of the coronavirus shutdown.

The Office for National Statistics said on Thursday that borrowing between April last year and March this year stood at 48.7 billion pounds, compared with the most recent estimate of 47.4 billion pounds by the country’s budget forecasters.

That was 9.3 billion pounds higher than in the 2018/19 financial year and equivalent to 2.2% of gross domestic product.

The Office for Budget Responsibility, which produces Britain’s official economic forecasts, last week said the budget deficit could surge to 14% of GDP in the 2020/21 financial year due to the coronavirus shutdown.

“The full effects of COVID-19 on the public finances will become clearer in the coming months,” the ONS said as it published Thursday’s data.

“This means that some of the statistics included in this release will be prone to larger revisions than normal, once more data become available.”

In March alone, the deficit – excluding state-controlled banks – stood at 3.05 billion pounds, higher than a median forecast in a Reuters poll for a 2.35 billion-pound shortfall.

The ONS also said the figures did not yet show additional healthcare spending.

Thu Apr 23 , 2020
(Reuters) – Domino’s Pizza Inc (DPZ.N) on Thursday forecast a 7.1% rise in U.S. comparable store sales in the first four weeks of the current quarter, benefiting from home-delivery orders from diners put under lockdown to curb the spread of the coronavirus. FILE PHOTO: A Domino’s Pizza restaurant is seen […] 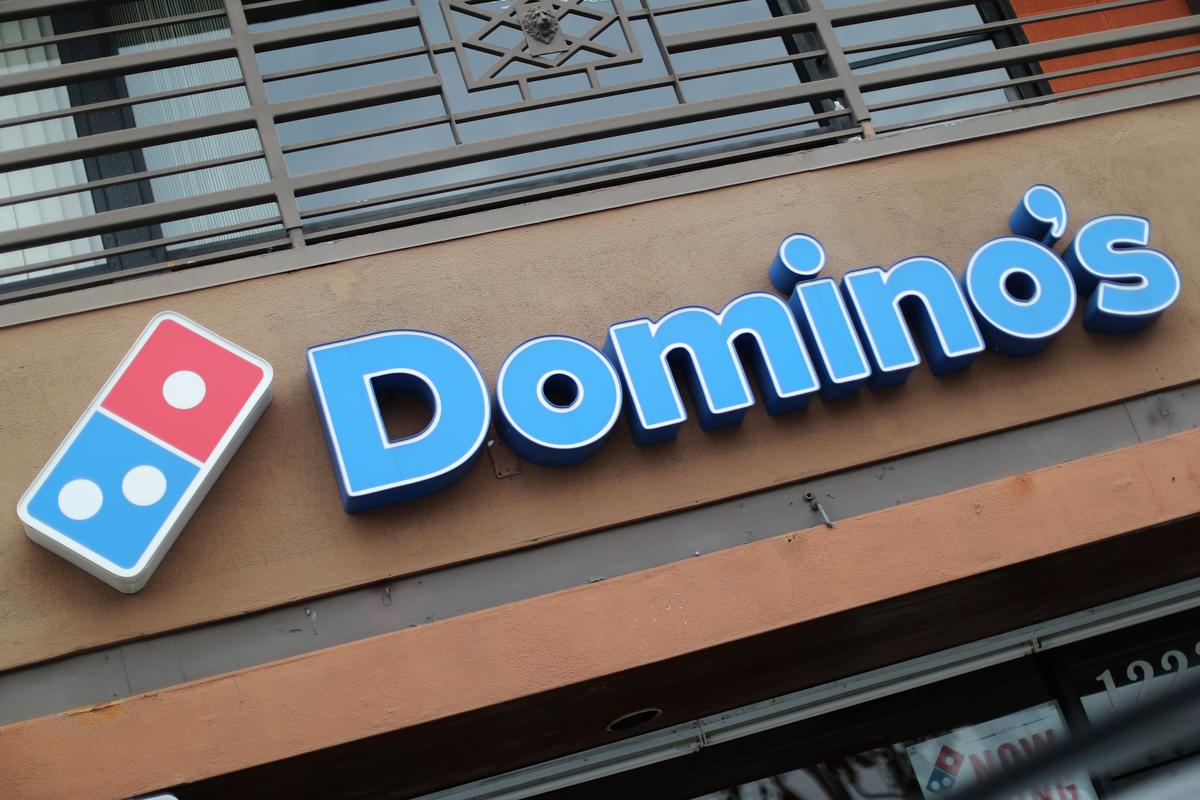