The pace of decline in business activity in the UK slowed in May, but remained at a near record rate, suggesting a long road to economic recovery.

The purchasing managers’ index published on Wednesday by IHS Markit and the Chartered Institute of Purchasing and Supply (Cips) showed business activity in both the services and manufacturing sectors last month remained far below average levels because of coronavirus lockdown measures.

The reading for the services sector was 29, up from 13.4 in April, indicating that a majority of business leaders — but a smaller proportion than the previous month’s record number — reported a fall in output. Any PMI number below 50 suggests a contraction.

The composite reading, a weighted average from both the services and manufacturing sectors, stood at 30, an increase from April’s record low of 13.8.

Both readings indicate a profound decline in economic activity in May and support the logic of government measures to reopen elements of the economy following months of lockdown that by March had caused gross domestic product to fall by a record 5.8 per cent. Despite the improvement on April’s data, May’s PMIs are far lower than at any other point in the survey’s history.

Describing the current circumstances as “aggressively unsympathetic” to business, Duncan Brock, Cips group director, said the figures showed that managers feared any improvement was unlikely in the medium term.

“As the pandemic progressed, any hoped-for bounceback in business output never really got going in May . . . though a modicum of recovery will offer small respite in some sectors,” he said.

Survey respondents from the services sector said deep cutbacks to spending, closures and constrained sales operations as a result of Covid-19 had resulted in a fall in new business, with 54 per cent reporting a drop in activity. New export work also fell, and employment decreased at the second-steepest rate since the survey began.

But respondents expressed increased optimism about future business, with 13 per cent reporting an increase in activity compared with the previous month.

The final PMI for both the composite and services sectors had also increased from a flash reading, released last month based on 85 per cent of responses, suggesting managers who reported later in May were more likely to report more favourable business activity.

Economists said that while the figures suggested economic activity should improve, the UK was nevertheless headed for a substantial continued contraction in GDP.

“The chances of a full V-shaped recovery in services activity this year still look slim,” he said.

Wed Jun 3 , 2020
Demand for flights to and from the UK could be hit by up to 80%, according to the chief executive of Wizz Air. Jozsef Varadi is among a number of airline executives who have warned that the government’s quarantine plans will cause further anguish for an industry already in crisis […] 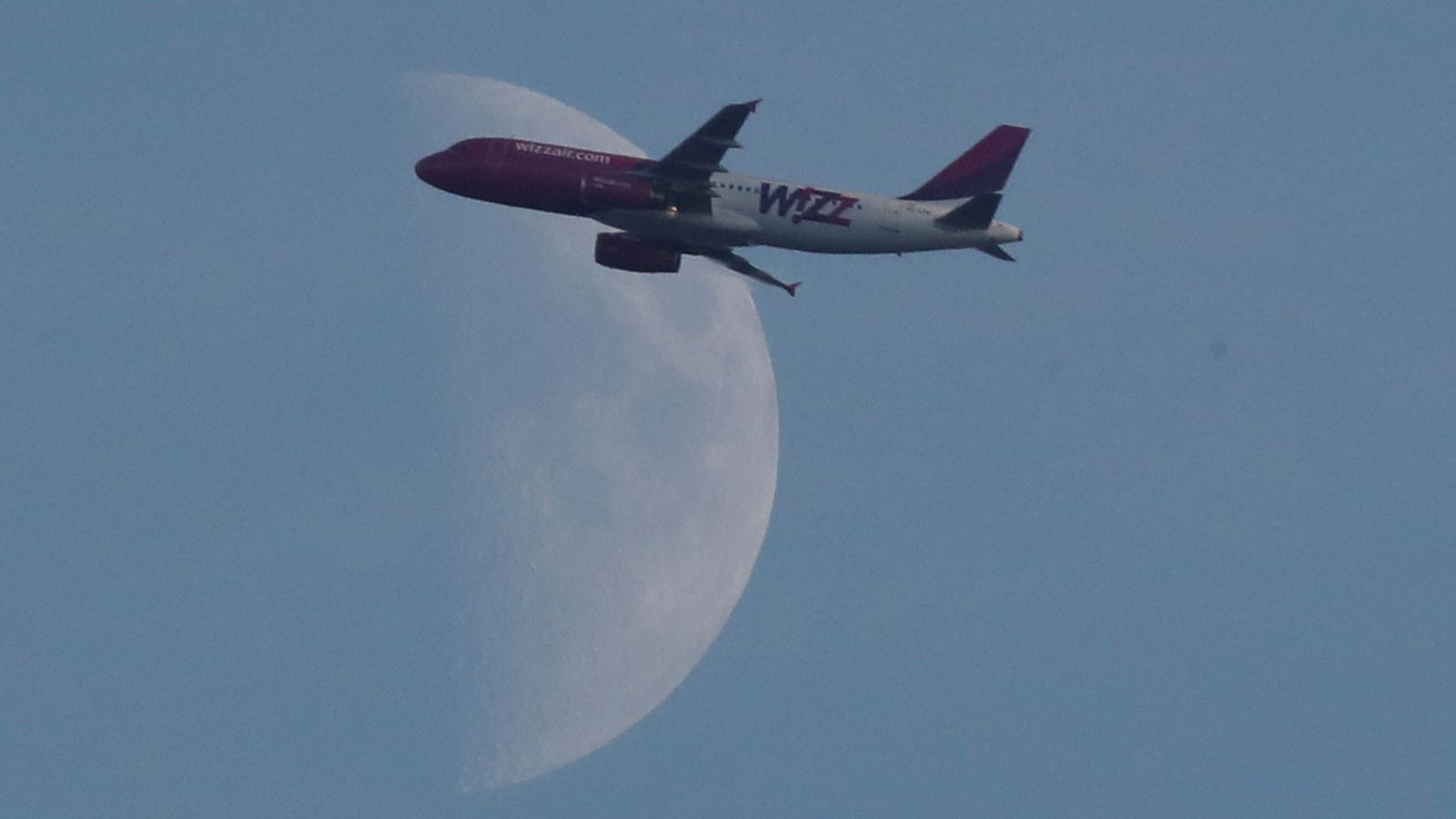