International collaboration by British businesses under the EU’s flagship research grant scheme have almost halved since the 2016 Brexit referendum as prolonged uncertainty weighs on sentiment. The sharp drop-off in links under the £80bn Horizon 2020 research programme, which British companies will remain part of after the end of the […]

International collaboration by British businesses under the EU’s flagship research grant scheme have almost halved since the 2016 Brexit referendum as prolonged uncertainty weighs on sentiment.

The sharp drop-off in links under the £80bn Horizon 2020 research programme, which British companies will remain part of after the end of the Brexit transition period, was described as “deeply disappointing” by the CBI employers’ body. It called on the government to take urgent steps to arrest the decline.

Prime minister Boris Johnson has pledged to turn the UK into a “science superpower”, publishing a £300m research and development road map in July designed to attract the best scientists and entrepreneurs to the UK.

But analysis of Horizon 2020 grant applications found that while in 2016 UK companies had 15,900 international research partners in Europe, that figure had fallen to 8,300 by 2019, the last year for which data are available.

By contrast, French, German and Italian research collaborations under Horizon 2020 over the same period expanded by between a quarter and a third, with France leading the way, growing from 11,400 collaborations to 15,400.

Jochen Pierk, an assistant professor in financial accounting at Erasmus University Rotterdam, said the findings provided a worrying insight into the impact of Brexit on the ability of UK companies to work with international partners.

“It’s a good proxy, because Horizon 2020 is by far the biggest research programme in the EU. What is concerning is that in all other countries the number of international collaborations went up — except in the UK — and that is problematic,” he said.

The research found that academic institutions had done much better at maintaining the collaboration with international partners under the scheme, with partnerships holding steady over the 2016-2019 period.

The sharp decline in business collaborations was attributed to the uncertainty around Brexit making companies on both sides of the Channel less keen to work together, even though EU rules and regulations remain unchanged until the transition period expires on December 31 and individual projects agreed before then will continue unaffected.

Concerns about the ending of free movement of people and the EU and UK setting up different regulatory regimes from 2021 may have cooled many EU partners’ appetite for collaboration with UK companies, the researchers said.

UK companies remain fully eligible to apply for Horizon 2020 grants: the UK government website says that it is “encouraging UK organisations to continue to bid” for grants under the scheme. 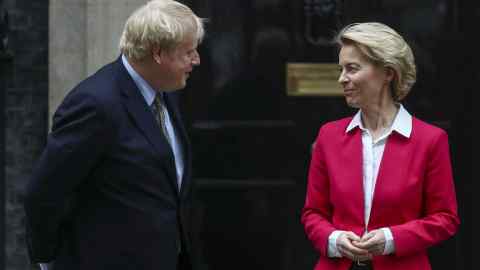 London is also in negotiations for British companies and researchers to be eligible for Horizon Europe, the successor programme to Horizon 2020, which will run from 2021-2027. If these talks fail, the business department has promised to meet any funding shortfalls and put in place alternative programmes.

“We value our strong collaborative relationships across the globe on science and research, and want to maintain a close relationship with our European partners,” the department said.

Benjamin Osswald of the University of Illinois accountancy department, who co-authored the papers, said the EU and UK securing a trade agreement this autumn would be vital to reinvigorating inter-business collaboration.

“In a ‘no-deal’ situation, we fear that the number of collaborations will stay low for the upcoming years at best,” he said. We hope, however, to see a positive trend once uncertainties are resolved and cross-border frictions are kept at a minimum.”

Felicity Burch, innovation director at the CBI, said international collaboration was “fundamental” to building long-term exporting relationships. “The fall in UK collaborations over the last four years is deeply disappointing, especially given the UK had previously led the way,” she said.

Stephen Phipson, chief executive of Make UK, the manufacturers’ group, said collaborative research was essential to enabling UK businesses to succeed in global market places, and urged the government to do more to flag opportunities to industry.

Suren Thiru, the head of economics at the British Chambers of Commerce, described the research drop-off as “worrying”, adding that a EU-UK trade deal was essential to helping UK companies maintain partnerships with their European counterparts.

“To ensure that UK firms remain competitive on the global stage, it is vital that more is done to fund and facilitate co-operation between the UK and other countries,” he added.

Sun Oct 4 , 2020
The UK’s welfare system is prepared for a million-strong surge in the number of people claiming jobless benefits this winter, as the tapering of government wage support forces employers to take tough choices, according to the minister responsible for its smooth running. Thérèse Coffey, the work and pensions secretary, told the […] 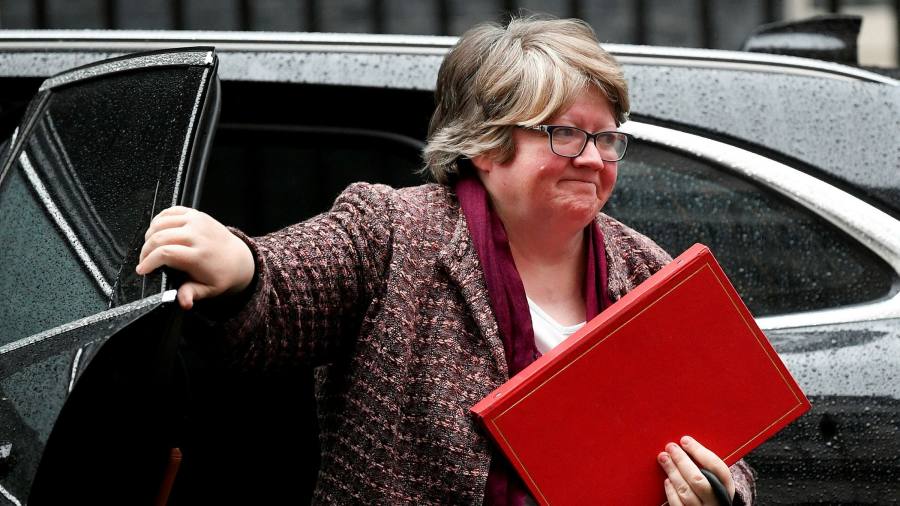