Car finance applications in the UK grew by a quarter during July and the first three weeks of August, as pent-up demand for vehicles spilled into the traditionally quieter summer months.

The figures come with the industry poised for the crucial September sales month, when demand often peaks because of the new registration plate.

Car sales have slumped in Britain this year because of the pandemic, with car showrooms closed from late March until at least June. Sales rose in July for the first time this year, but total sales since January are still far below 2019 levels.

Experian checks on personal contract purchase (PCP) or hire purchase across new and used vehicles fell 82 per cent in April and 57 per cent in May, two months when almost all industry activity ceased.

“Our figures show car finance applications have picked up markedly since customers returned to forecourts in June,” said Gerardo Montoya, head of automotive at Experian.

“Demand has come from people whose income has not been affected by the pandemic and have money in their pockets, as well as those who are uncomfortable using public transport.”

Several UK dealer groups have reported bumper trading during July, as car buyers returned to forecourts after lockdown. The widespread avoidance of public transport because of coronavirus has also driven sales of used vehicles, according to dealers across the industry.

PCP deals have grown in popularity in the UK, with four out of five private buyers using the arrangement that sees them finance the car’s decline in value over three years, rather than its total price.

Many car owners who were due to renew or change their PCP contracts during March, April or May were offered extensions, pushing their purchases of new cars into the summer and offering a fillip to showrooms struggling to attract buyers.

Forecourts and manufacturers are banking on a strong September to revive expectations for the year.

But a true picture of consumer confidence and the wider health of the economy — a key driver of car sales — is not expected to emerge until the government’s furlough scheme ends in October.

Mon Aug 31 , 2020
Boris Johnson has been warned by former chancellor Philip Hammond that Britain risked being on “a fast track back to the misery of the 1970s” unless the government adopts clearly defined post-Brexit state aid rules. The prime minister has so far failed to say how Britain will control subsidies after […] 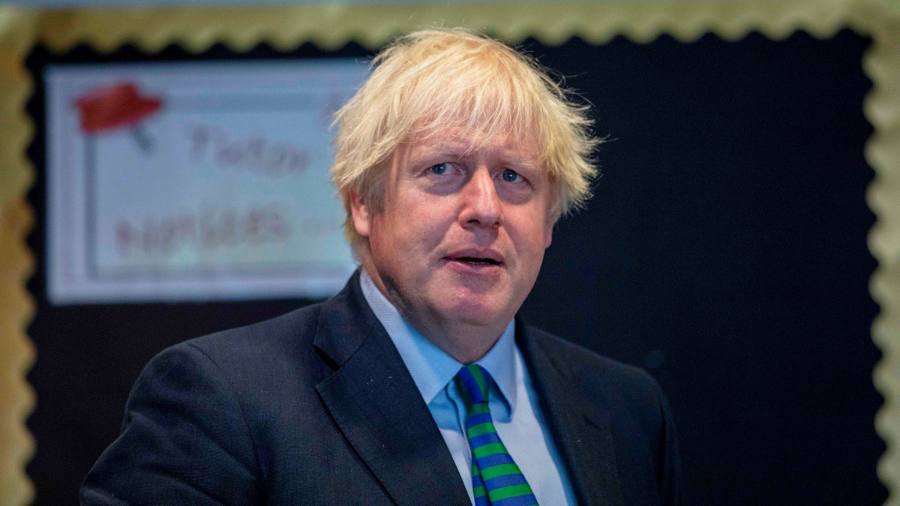