A mere 4,321 cars were registered in April, the lowest monthly number since 1946, according to figures released on Tuesday by the Society of Motor Manufacturers and Traders. The previous April, 161,064 vehicles were sold.

The sales drop mirrors sharp declines in Spain and Italy, which like other European countries have been thumped by the closure of dealerships and factories, and consumers remaining at home under the Covid-19 lockdown.

The SMMT said dealerships should be among the first services to reopen to spur economic recovery after the lockdown and protect hundreds of thousands of jobs supported by the sector.

Mike Hawes, SMMT chief executive, said: “With the UK’s showrooms closed for the whole of April, the market’s worst performance in living memory is hardly surprising.

“These figures, however, still make for exceptionally grim reading, not least for the hundreds of thousands of people whose livelihoods depend on the sector.

“A strong new car market supports a healthy economy and as Britain starts to plan for recovery, we need car retail to be in the vanguard.”

Of the 4,321 cars sold, just 871 went to retail customers, with the remainder to fleets or business buyers.

The Tesla Model 3 became the biggest selling car of the month because the Californian group was still operating delivery services, unaffected by showroom closures.

Ian Plummer, commercial director at online car marketplace Auto Trader, said: “Some brands have been able to sell remotely, but uncertainty in the government’s guidelines or a lack of the required infrastructure to operate home delivery in a safe way, has limited it to all but a handful of retailers.”

Some factories across Europe have begun to reopen, with Volkswagen restarting its Wolfsburg facility, and Rolls-Royce resuming production at its Goodwood plant in the UK.

There are questions over how fast demand will recover among consumers, many of whom are still at home and face uncertain economic futures due to the lockdown.

In China, which entered and exited lockdown a month before Europe, mass market sales are currently half previous levels but premium brands are almost back to full strength.

Auto Trader’s website is registering 850,000 visits a day, suggesting that interest in car sales remain high, according to Mr Plummer.

“Whilst the market is down significantly, our data does point to a market that has been paused, rather than stopped, and ready to return to health quickly once the restrictions have been lifted,” he said.

Tue May 5 , 2020
LONDON (Reuters) – Banks in the European Union could end up paying annual contributions to an industry rescue funds by tapping government support for coronavirus-hit companies, lawmakers said on Tuesday. FILE PHOTO: The skyline with its banking district and the European Central Bank (ECB) is photographed in Frankfurt, Germany, August […] 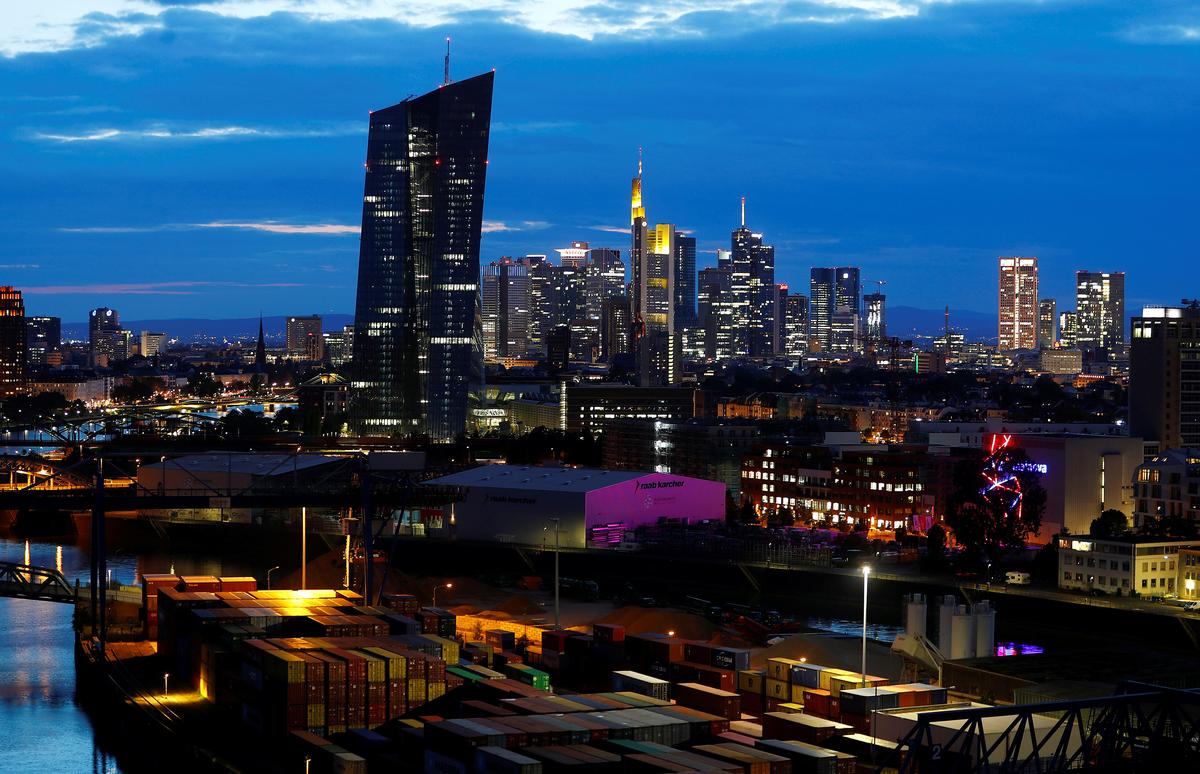