Hazel Simmons has been an elected member of Luton borough council since 1991 and leader of the local authority for the past 13 years.

“These are the worst few weeks I’ve had,” she said on Wednesday, after returning from Westminster with a group of residents petitioning the government to come to the rescue of the town of 220,000.

Luton, just north of London, has been hit by coronavirus and the subsequent months of lockdown harder than almost anywhere else in the UK, and its council, which provides most of the services for the town, is facing ruin.

Town councillors, residents and people in the charitable sector welcomed many of the policies announced on Wednesday by Rishi Sunak, the chancellor, to revive the economy and protect jobs. But they said few of the measures spoke directly to the crisis faced by Luton, which depends to a great extent on travel and the aviation industry.

In normal times, Luton airport, which is owned by the local authority, is the fifth busiest in the UK. It provides 38 per cent of the council’s overall income — around £30m of revenue each year — which is spent on local services, with spillover into hospitality and supply chains that keep the town afloat.

But passenger numbers plummeted 98 per cent from April to June this year. “We handled 110,000 compared to 4.8m in the same period last year,” said Luton airport. With recovery in the aviation sector still far off, the airport announced last week that it had initiated discussions around an initial 250 redundancies. EasyJet, the budget airline, and Tui, the travel company, which both have bases in Luton, have also announced job cuts.

“So many people are near the edge — just one pay cheque away from crisis,” said Peter Adams, vice-chair of the town’s food bank. He said Luton has been hit three ways: first by the collapse in air travel; second by job losses; and finally by the strain placed on local services. Charities, which depend on donations from the aviation sector and local businesses, are now hard pressed to step in to help — just when they are needed most.

In the months since lockdown, demand for Mr Adams’s service has nearly doubled, with the number of food parcels distributed by the food bank rising from 250 to 450 per week.

He pointed out that vouchers for half price meals in restaurants, such as those offered by the chancellor to help pubs and restaurants back on to their feet in August, were hardly going to help his clientele. “I am not sure how I am going to translate that at the food bank,” he said.

The chancellor’s main employment initiative, the £2bn kick-starter job creation scheme for 16 to 24-year-olds that will provide a pool of government-subsidised free labour for businesses, was given a warmer reception.

“It has to help. It’s giving them something to do, keeping them out of mischief,” said Colin Richards, a barber who has just reopened, but spent much of lockdown living off welfare benefits.

But Rachel Hopkins, the Labour MP for Luton South, wondered which local companies would be able to take on the young workers in the next six months.

“Can businesses here genuinely take them on? There’s some really good, viable businesses here but we need the passengers back,” she said, lamenting the absence of a targeted plan for the aviation sector.

Some 8.3 per cent of Luton’s working population claimed universal credit, the UK’s unemployment benefit, in May — an annual increase of 4.9 per cent, one of the highest jumps in the UK, according to the Centre for Cities think-tank. The city has also had one of the biggest take ups of the government’s job retention scheme, with 26 per cent of workers furloughed between March and the end of May.

Some residents feared this situation was set to worsen. “People don’t know what’s coming around the corner,” said James Ward, an electrician, whose lorry driver son lost his job recently. He welcomed the chancellor’s plan for government-backed apprenticeships.

Meanwhile Ms Simmons, the Luton council head, said she was grateful for the £11m in crisis funds received from central government, but pointed out that this went towards spending related to Covid-19. The borough is still facing a budget shortfall of £49m.

The local authority had spent years shoring up its finances, Ms Simmons said, but she warned that without further help, it would have to slice essential services, dim the street lamps and cut as many as 365 jobs. “It’s very tough for the people here. We could not have predicted something like this,” she said.

Wed Jul 8 , 2020
Ryanair has confirmed a union deal to secure “hundreds” of cabin crew jobs threatened by the fallout from the coronavirus crisis. The airline had warned in May that it was being forced to slash costs through job cuts as its fleet remained largely grounded by the COVID-19 lockdown across Europe. […] 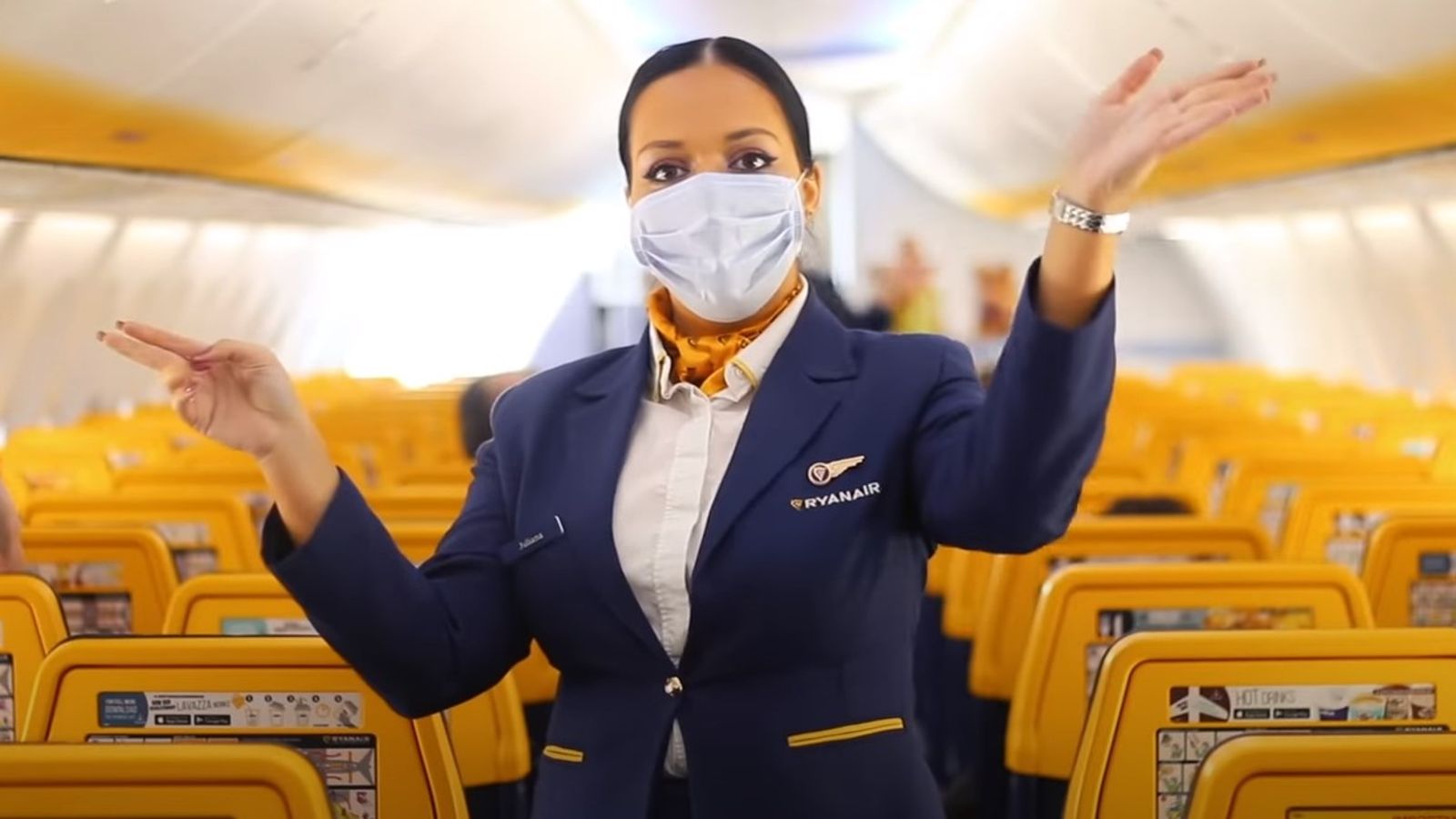