LONDON (Reuters) – British finance minister Rishi Sunak is preparing to offer 100%guarantees on loans to Britain’s smallest businesses after sustained pressure from Conservative lawmakers and the Bank of England, the Financial Times reported.

Sunak was “weighing up” whether to offer full state backing to loans of up to 25,000 pounds ($30,800) for as many as 1 million small firms, typically with a handful of staff, to help them survive the coronavirus crisis, the FT said.

Sunak said on Tuesday that he was still “not persuaded” that the government should offer a 100% guarantee to banks which lend to small businesses hit by the coronavirus.

But the FT said a new loans programme could be launched alongside Britain’s emergency 330 billion-pound scheme offering loans of up to 5 million pounds, with state guarantees of 80%, to small and medium-sized companies.

That programme got off to a slow start with many companies saying they were struggling to get banks to approve their loans.

Last week, Bank of England Governor Andrew Bailey urged banks to speed up their handling of applications and suggested 100% state guarantees for the smallest loans might break a backlog in applications.

The Confederation of British Industry urged the government n Thursday to relax lending terms for government-backed loans to smaller businesses to stop them going bust.

The CBI also said loans should be repayable over 10 years, rather than a maximum six, for businesses that face high fixed costs and low profit margins.

Fri Apr 24 , 2020
UK retail sales tumbled the most on record last month as the closure of non-essential stores and a freeze in clothing demand overshadowed a historic surge in grocery purchases. The volume of retail sales in the UK dropped 5.1 per cent in March compared with the previous month, according to […] 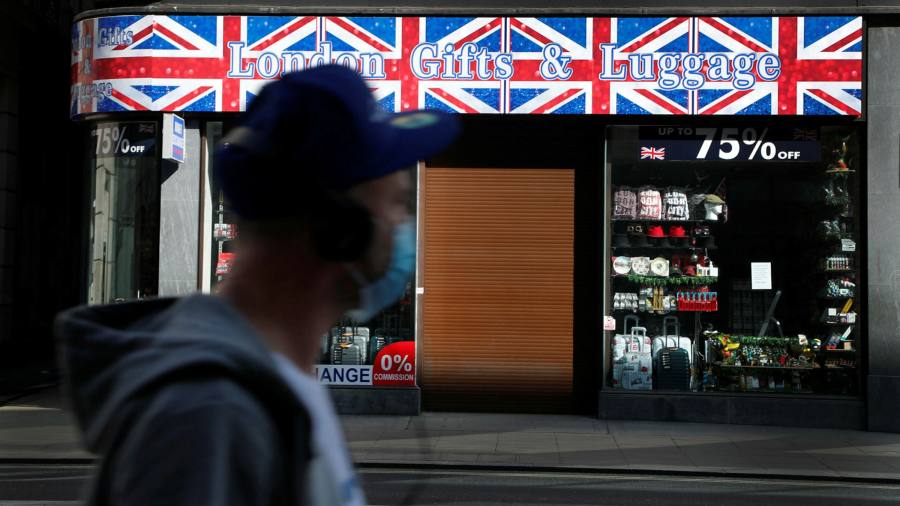