The UK was on Monday told to expect new limits on social contact, as Boris Johnson’s chief scientific advisers warned that coronavirus cases could hit almost 50,000 a day within weeks on the current trajectory.

Amid warnings from the scientists that deaths could top 200 a day by November unless action was taken, Mr Johnson is expected to set out new measures to fight the virus on Tuesday.

Ministers are discussing the case for new national restrictions across England and Mr Johnson on Monday was set to hold talks with the leaders of the devolved administrations in Scotland, Wales and Northern Ireland.

The prime minister will convene a meeting of the Cobra emergency committee on Tuesday and hold a regular cabinet meeting before setting out his new approach. He said last week that a new national lockdown would be “disastrous” for the economy.

The advisers’ slides showed that if there was a doubling of cases every seven days, as was currently happening, the number of new daily cases could grow from 3,105 on September 15 to 49,000 by October 13.

Professor Whitty said the most effective measure to fight the virus would be to reduce social contact between households, including in the workplace, and admitted the economy would suffer as a result.

“We all know we can’t do this without some significant downsides,” he said. But he warned that “the seasons are against us” and that the country would have to take the disease “very seriously” for the next six months.

Prof Whitty said there was “a fine line” for policymakers, who risked harming the economy if restrictions were too tough, with knock-on health effects. But he said: “If we do too little, this virus will run out of control.”

London mayor Sadiq Khan met local officials to discuss new restrictions on social activity in the capital, but Prof Whitty stressed the disease was spreading across the country and had to be dealt with “collectively”.

Meanwhile, the Welsh government on Monday announced tighter restrictions on 300,000 people after a “worrying and rapid rise” in coronavirus cases. No one can visit or leave Blaenau Gwent, Bridgend, Merthyr Tydfil and Newport in south Wales and those living there will not be allowed to meet other households indoors, health minister Vaughan Gething said.

Pubs and restaurants must close at 11pm. The measures take effect from 6pm on Tuesday and mean they now cover 722,000 people in Wales. Some 13m people across the UK are living under some form of restrictions.

Nicola Sturgeon, Scotland’s first minister, said on Monday that her government would “almost certainly” announce new restrictions in the next couple of days.

“Hopefully this will be with four-nations alignment, but if necessary it will have to happen without that,” she told a daily briefing.

Data released during the Downing Street briefing showed how the biggest increase in new cases had been among 20 to 29-year-olds, followed by 30 to 39-year-olds.

Sir Patrick said Office for National Statistics surveys suggested that 70,000 people in the UK had Covid-19 and about 6,000 people a day were catching the disease. “Numbers are increasing across all age groups,” he said.

He said that by mid-November, on the current trajectory, some 200 people would be dying each day from the virus.

Prof Whitty warned that the next six months would be tough as coronavirus — like other respiratory infections — benefited from colder weather. “We have in a bad sense literally turned a corner, but only relatively recently.”

Less than 8 per cent of the population has developed antibodies to the virus, according to the charts — based on four different studies over the spring and summer.

The highest concentration of infections remained in north-west England and the Midlands. Meanwhile, the number of people admitted to hospital with Covid-19 has risen from 50 a day at the start of August to nearly 200 at the moment. 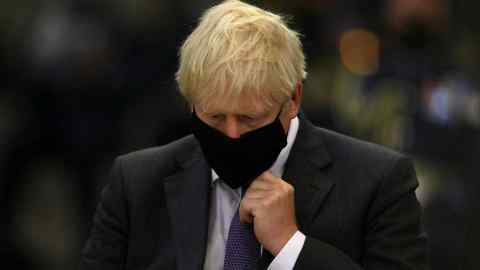 Earlier Matt Hancock, health secretary, warned that the UK was at a “tipping point” and stressed that any further restrictions imposed on the public would “be different” to the last national lockdown.

In an interview with ITV’s This Morning, Mr Hancock said that coronavirus transmission rates within education settings and workplaces were lower, and the government was “determined” to keep schools open.

“The really sad thing about this virus is that it thrives on things that make life worth living — socialising, especially when people get close to each other, that’s when it tends to pass on,” he added.

The announcement followed the introduction of harsher penalties on Covid-19 rule-breakers. Starting from September 28, individuals who refuse to self-isolate will be liable to fines of up to £10,000.

Since the beginning of September, the number of positive coronavirus cases within the UK has surged, with 3,899 cases reported on Sunday, bringing the country’s total caseload to 394,257.

Coronavirus/UK: oh, what a weary war

Mon Sep 21 , 2020
At the start of the first world war, the British public thought it would be “over by Christmas”. Many thought the same of the pandemic. Now, as then, it has proved wishful thinking. On Monday, Britain’s medical experts warned of a tough six months ahead. Concern over rising coronavirus cases […] 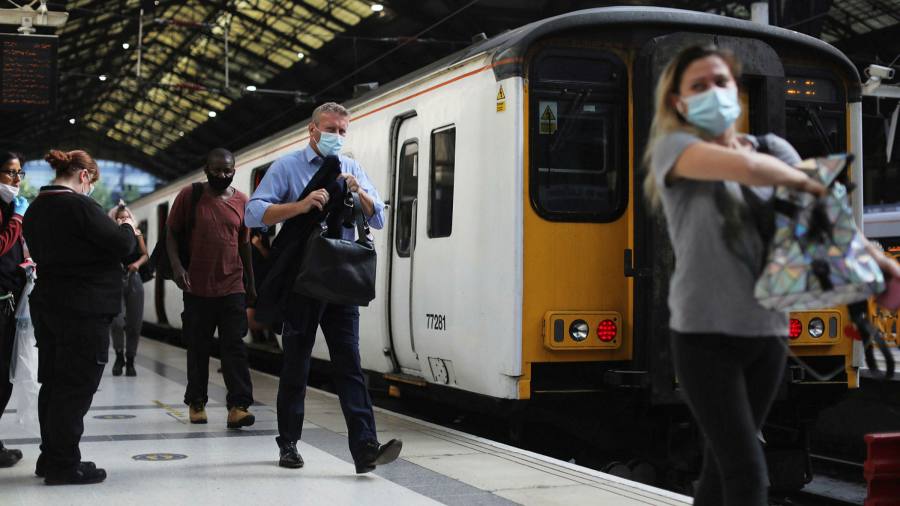