LONDON (Reuters) – Britain’s economy shrank again in May as the government’s coronavirus lockdown remained largely in place, but at a slower pace than April’s crash.

The IHS Markit Purchasing Managers’ Index (PMI) hit a record low in April, and a large majority of companies reported that activity continued to fall in May, albeit on a less widespread basis than just after the lockdown began.

“However, the UK looks set to see a frustratingly slow recovery, given the likely slower pace of opening up the economy relative to other countries which have seen fewer COVID-19 cases,” he said.

A separate survey from the Confederation of British industry showed manufacturing output at its lowest on record – going back to 1975 – during the three months to May.

Orders in May alone were the lowest since 1981, the CBI said. Expectations for the next three months improved from April but still pointed to continued decline.

Britain’s chief budget forecaster said on Sunday that April was probably the bottom of the downturn but the economy was unlikely to bounce back quickly.

IHS Markit said its composite index — measuring activity in the dominant services sector and in manufacturing — rose to 28.9 in May’s preliminary from 13.8 in April’s final reading, stronger a Reuters poll of economists had forecast. PMIs below 50 represent a decline.

The decline remained far worse than at any point during the global financial crisis a decade ago, leaving Britain on course for a 20% contraction in the second quarter.

“No wonder the BoE is opening the door to negative rates,” Elizabeth Martins, an economist with HSBC, said.

Bank of England Governor Andrew Bailey said on Wednesday he was less opposed to sub-zero interest rates than before the coronavirus crisis escalated.

IHS Markit reported a severe lack of new business. Although business expectations improved for a second month, companies said they were worried it would take a long time to recover.

Many companies that had temporarily laid off workers had furloughed more than half their staff, using an emergency government scheme to pay 80% of their wages.

Employment was down again in May although the fall was less precipitous than in April.

Coronavirus: The robots trying to protect shoppers from COVID-19 in Thailand | World News

Thu May 21 , 2020
Tapping his little metal feet on the spotless shining shopping centre floor, K9 the robot is ready for work. Designed to look like a boxy, black machine dog, previously he had been used to provide entertainment at music concerts. Now his job is far more serious. Image: K9 has been […] 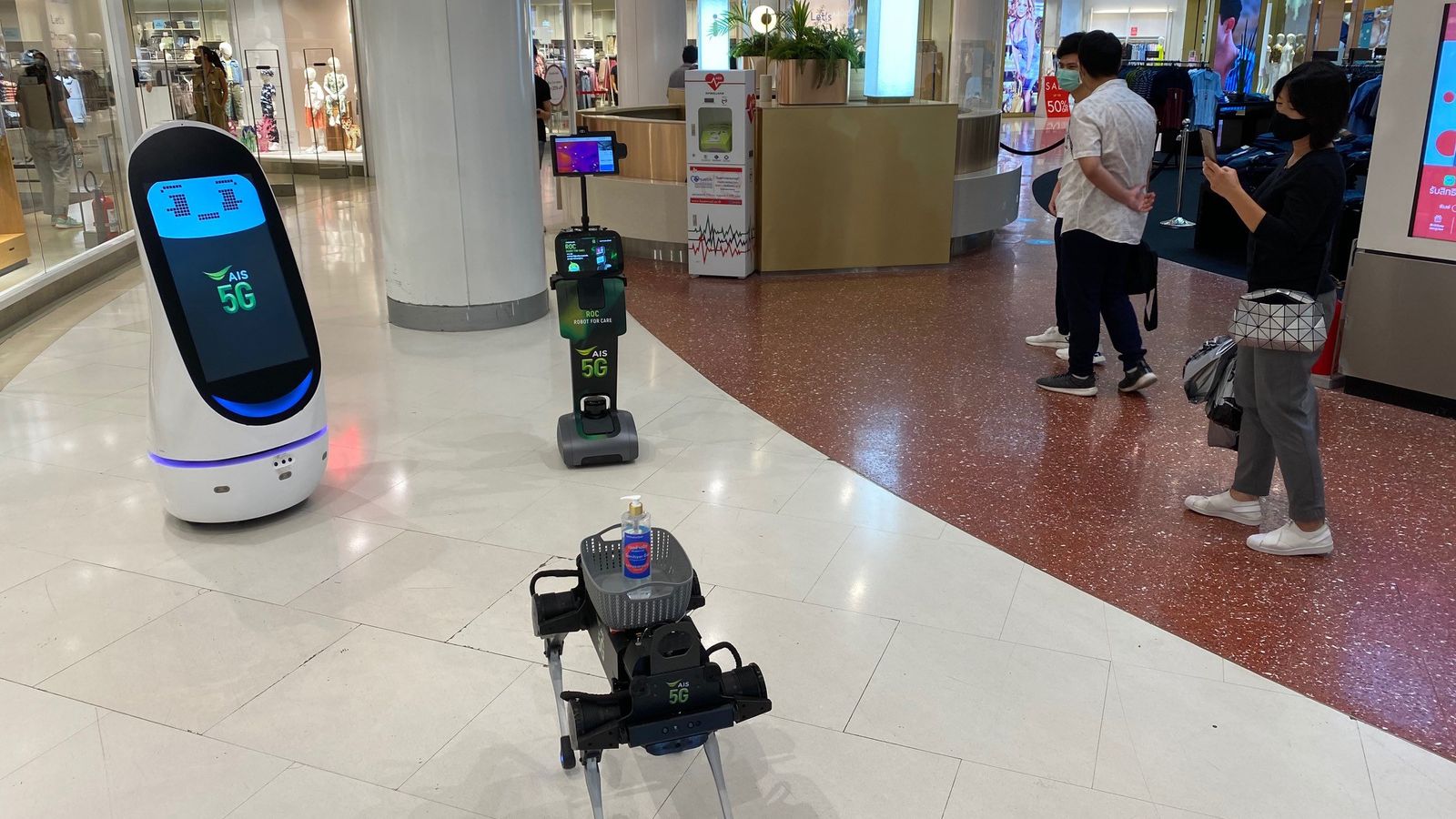