LONDON (Reuters) – The number of people in jobs in Britain grew more slowly in March than in February, official figures showed on Tuesday in an early sign of the impact of the coronavirus shutdown which is expected to hammer the jobs market.

Commuters walk through Canary Wharf, as the number of coronavirus cases grow around the world and as European stocks plunge into bear market territory, in London, Britain March 9, 2020. REUTERS/Dylan Martinez

Growth in the number of people on companies’ payrolls dropped to 0.8% in March from 1.1% in February, according to preliminary tax data that was released earlier than usual.

“These experimental statistics show a softening picture in March, but cover the month as a whole including the period before the coronavirus restrictions were in place,” David Freeman, a labour market statistician at the Office for National Statistics, said.

Government budget forecasters last week said unemployment could rise as high as 10% with an extra 2 million people losing their jobs if a three-month lockdown was only slowly lifted over the next three months.

“The small crack evident in the latest batch of labour market data may soon turn into a chasm,” said Paul Dales, chief UK economist at consultancy Capital Economics, which predicts unemployment will peak at 9%.

The ONS also reported a 12,100 monthly increase in the number of unemployment benefit claims for March, far below the median forecast of 172,500 in a Reuters poll of economists.

The claims data is based on the situation on March 12, before much of the economy was shut down on March 23.

The government ordered swathes of businesses to close to slow the spread of the coronavirus. It will meet 80% of the wages of staff who are put on leave, until the end of June if needed, in a bid to slow a rise in unemployment.

Last week, the ONS said a quarter of British companies had temporarily closed by early April, and the remainder had on average put 20% of their staff on leave.

Finance minister Rishi Sunak said on Monday that businesses registered more than a million staff as furloughed within eight hours of the wage support programme opening.

On Monday, a survey of households showed that one in three suffered a loss in income by early April as the job market soured faster than during the 2008-09 financial crisis.

Tuesday’s data showed the unemployment rate in the three months to February unexpectedly edged up to 4.0% from 3.9%, which the ONS said reflected fewer new entrants to the labour market finding jobs than before.

However, the proportion of the workforce in jobs, at 76.6%, was a new record high, and the number of people in employment jumped by 172,000 in the three months to February.

Tue Apr 21 , 2020
London’s decade-long tower building boom is slowing, with the coronavirus pandemic expected to act as a further drag on new projects already checked by the fallout from Brexit and the Grenfell fire. In 2019, a record 60 towers were completed, more than the combined total of the previous two years […] 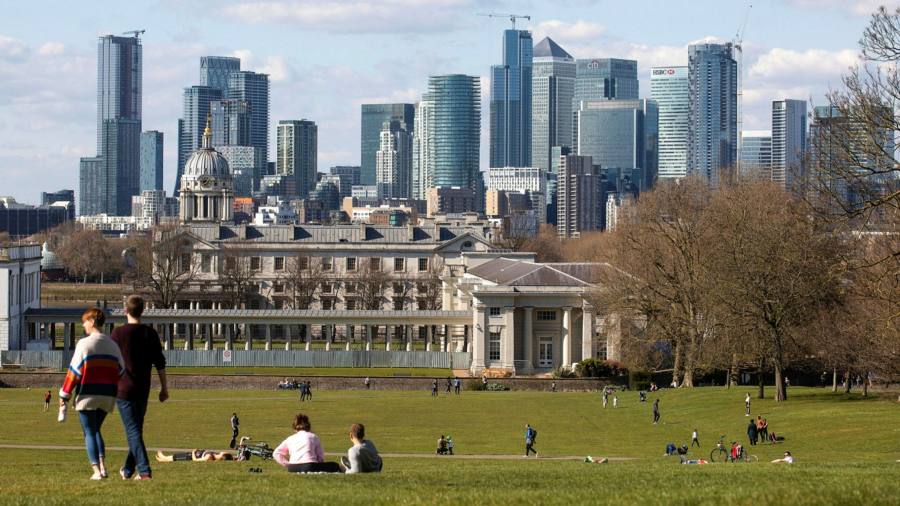