LONDON (Reuters) – British factory output risks falling by more than half during the current quarter after 80% of manufacturers reported a collapse in orders due to the coronavirus, trade body Make UK said on Friday.

Make UK said a survey of 297 members, conducted from April 20-27, showed that more than three quarters had already suffered a drop in sales.

Britain’s Office for Budget Responsibility said on April 14 that factory output could fall by 55% in the second quarter, as part of a scenario for the broader economy that showed a 35% plunge in total output if lockdown restrictions stay in place.

“The extent of the collapse in demand is such it means that the recent OBR forecast could be an underestimate unless there is a quite remarkable turnaround which, to be frank, just isn’t going to happen,” Make UK chief executive Stephen Phipson said.

A separate survey from the Confederation of British Industry showed that private-sector activity fell by the most since July 2009 during the three months to April, and that output expectations were the weakest on record.

Britain’s government ordered non-essential businesses to close to the public on March 23 and urged staff to work from home if possible. It is due to review the measures on May 7 but officials have said it is too soon for a major easing.

Some 87% of manufacturers are still carrying out some operations, but more than a third had put staff members on leave under a government wage guarantee scheme which was likely to be needed beyond its planned end-June closing date, Make UK said.

One in five manufacturers have seen orders drop by more than half, it added.

A survey by Britain’s statistics office published on Thursday showed that across the economy as a whole, one in four businesses reported sales had dropped by more than half during the April 6-19 period.

Coronavirus: Ryanair to slash up to 3,000 jobs over COVID-19 crisis | Business News

Fri May 1 , 2020
Ryanair is planning to shed up to 3,000 jobs because of the “unprecedented” coronavirus crisis that has seen the global grounding of flights. The budget airline also highlighted the impact of the state bailout of other carriers, including Lufthansa and Air France, which chief executive Michael O’Leary has criticised as […] 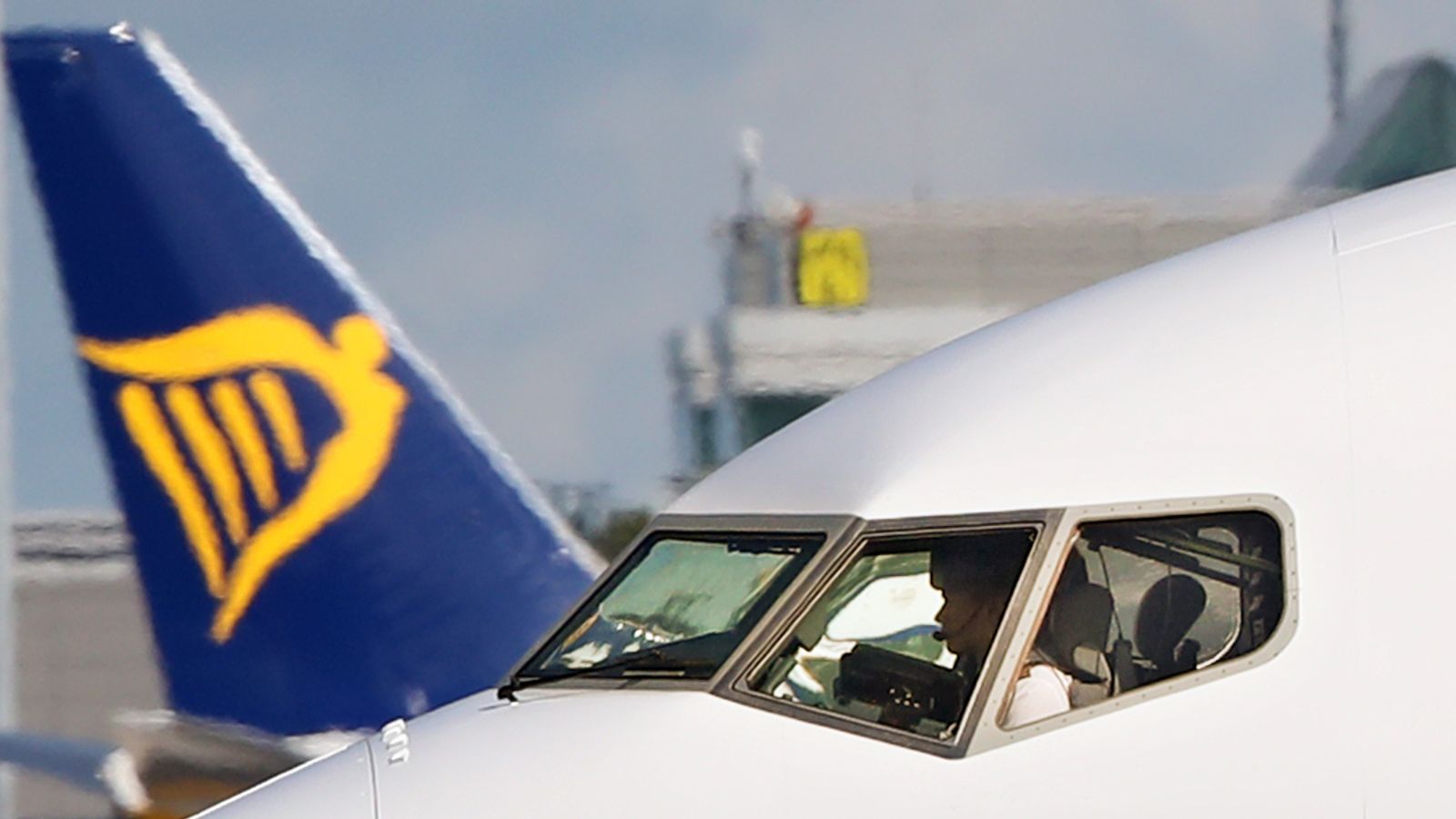