Until now, the primary focus of the government’s approach has been to reduce the number of direct deaths from coronavirus by restricting travel and individual movement and thereby reduce the transmission rate. The lockdown is expected to be extended early next week.

While acceptance across Whitehall is widespread that the lockdown will continue for the foreseeable future — as the UK has yet to hit the peak of its coronavirus outbreak — senior ministers believe that the wider health and economic effects will soon need to be considered.

A cabinet member said: “There are concerns among the cabinet we have put all our eggs in the Covid basket and we’re not looking at health in the round — particularly the prospect of a significant number of avoidable deaths.”

As well as the impact on mental health, the knock-on effects may include the long-term consequences of poverty and unemployment. Ministers are also worried that treatment for other serious illnesses, such as cancer, may be restricted because of the National Health Service’s focus on coronavirus.

A government insider added that, while some ministers were “keen for a balanced approach, the reality is that Covid-19 will remain the top priority”.

However, one minister said that a paper produced by a cabinet subcommittee suggested that the level of avoidable deaths could “be as high as 150,000 without mitigation” and “addressing that will play a bigger role on when to end the lockdown than the economic impact”.

This figure was firmly denied by the government. Matt Hancock, the health secretary, said it was “wrong” and “not part of our internal analysis”. He added, “when we do that analysis and we have confidence in it, then I’m sure we’ll be able to answer it more correctly”.

Some insiders suggested that the debate about when to relax the lockdown measures had been primarily between two ministries: the Department for Health, responsible for the health service, and the Treasury, chiefly focused on the economy.

One Treasury insider insisted it would be “guided by the science” on when to relax the lockdown. But other government officials said that the Department for Health was equally eager to ensure a balanced outcome that would take account of the wider impact.

“Rishi [Sunak, chancellor] cares as much about saving lives in the same way Matt [Hancock] cares about the economy. The aim for everyone is to protect as many lives as possible, but also keeping the economy in as good a state as possible,” the individual said.

One ally of Mr Hancock said he was “just as concerned about the indirect impact of the lockdown on mental health, cancer operations and other health outcomes” and his department was “doing work internally on what the impact is, so we can continue to base our approach on the best possible evidence”.

Legally, the government must decide whether to renew the lockdown by next Thursday. The Department for Health is working with other departments, including the Treasury, to draw up internal modelling that is expected to feed into that decision.

One individual involved in the decision said “there will lots be arguments for and against ending sooner — everyone is producing evidence to make their case. Education will be looking at schools, work and pensions will be looking at benefits, for example.”

Another individual involved in analysing the lockdown measures said that it would not be straightforward to strike a balance between the impact of Covid-19 and the wider health effects.

“This whole medical modelling is a complex concept to simply explain, as are other factors like estimating what mental health impact there will be and its effect on workforce productivity. That is why it will be a challenging decision when it comes.”

Mon Apr 13 , 2020
A new tax year often means a change in the finances of many people across the country. Benefit amounts can fluctuate, and contributions can also change according to government policy. Amid the coronavirus crisis, many people are attempting to gain a better understanding of their finances. These include Universal Credit, […] 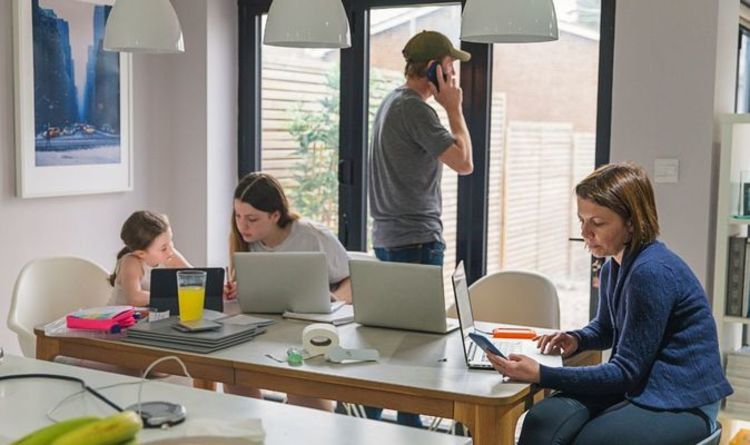