The UK’s Department for Transport is on standby to nationalise more railway lines within days if it fails to agree a new rescue deal with train operators pummelled by the Covid-19 crisis.

In March the government rescued the railways by providing six-month Emergency Measures Agreements, worth about £700m a month, underwriting losses for the entire industry. The package, which effectively nationalised the sector, ends on Sunday and the DfT is holding detailed negotiations with the train companies for a successor scheme dubbed ERMAs.

The pandemic has prompted a crisis in the railways with passenger numbers plunging as many workers were ordered to stay at home through the late spring and summer. It was only in July that the government allowed train operators to encourage passengers to return after discouraging all but essential travel for key workers for four months.

Despite the ideological opposition of Conservative ministers to sweeping rail nationalisation, the government has been running two lines since well before coronavirus caused economic havoc: the Northern franchise since March and the East Coast Mainline franchise since 2018.

Now the “Operator of Last Resort”, the DfT unit that runs the two services, has braced itself to take over other lines if their operating companies refuse to sign up to the government’s new proposals.

The new multibillion-pound package of funding will provide stability to the rail operators for the coming months, although the new contracts are expected to vary in length. The level of taxpayer subsidy will be lower than the current scheme, given that train occupancy has risen from about 5 per cent in March to 35 per cent today.

The contracts are designed to keep the industry going before a longer term move away from the franchise model that has been in place since the railways were privatised in the mid 1990s. Ministers have offered “take it or leave it” agreements that will see the management fees paid to train companies cut from their previous 2 per cent of revenue.

Negotiations are expected to run down to the wire, and one operating company said it still had not seen the government’s final offer.

Industry experts expect one or two lines could return to government hands, including TransPennine and South Western Railway, which are run by First Group and were struggling before the crisis hit.

FirstGroup said: “We can’t comment on speculation. Transport is key for economies as they restart and discussions are progressing with the DfT about the franchises which are under emergency measures.”

Other franchises under pressure include Greater Anglia and London commuter service CTC, but the government is not expected to step in to run every line that had been struggling.

Rail industry executives have questioned how many franchises the OLR has the capacity to run simultaneously, particularly the complex commuter services serving big cities.

One industry figure said there was still a “fighting chance” that all the operators would accept the new terms — but the government said the OLR was “on standby” to step in.

The franchising model has been dogged by problems caused by overbidding for contracts, repeated government failures to deliver infrastructure upgrades, delays in the delivery of new rolling stock and industrial action.

After years of chaos and fare rises, ministers had signalled they favoured a new system modelled on the type of management contracts used on the London Overground. That would mean a fixed annual fee for running the service, rather than the franchise model in which a train company’s income fluctuates according to passenger numbers.

The pandemic has delayed the publication of a government-ordered report into the railways led by former British Airways chief executive Keith Williams, but he told the Financial Times last year that he favoured “revolution not evolution”.

Thu Sep 17 , 2020
A taskforce aimed at accelerating sports fans’ mass return to stadia even as more locations across the UK face tighter coronavirus restrictions is to be spearheaded by David Ross, the Carphone Warehouse co-founder. Sky News has learnt that the Sports Technology Innovation Group (STIG) has picked a panel of business […] 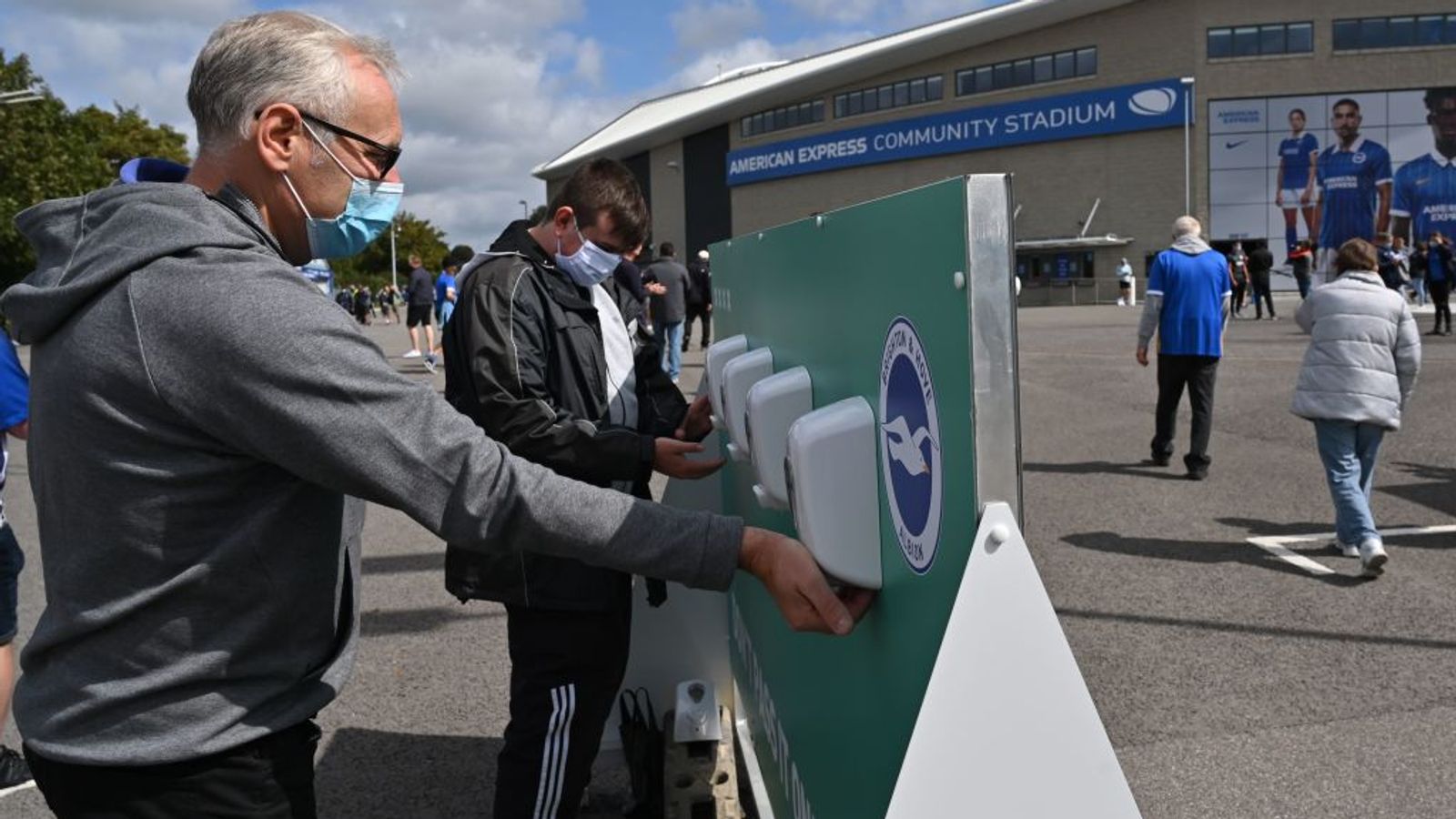