The UK government is set to reject legal measures to uphold food standards in future trade deals, defying a campaign backed by farming unions, TV chef Jamie Oliver and more than a million members of the public.

The House of Lords voted to add amendments to the agriculture bill passing through parliament to require that any imported food products meet UK domestic standards on food safety, animal welfare and the environment.

But ministers have signalled they will not back the change, or another amendment giving the new Trade and Agriculture Commission a statutory role in scrutinising trade agreements, when the bill returns to the House of Commons next week.

They believe measures effectively requiring identical food standards to those of the UK would prevent them from negotiating new trade deals.

George Eustice, environment secretary, this week told a Conservative conference fringe event that “we are unlikely to be accepting amendments to the bill”.

Trade secretary Liz Truss, who opposes the amendments, told the Commons on Thursday that they would bar imports from developing countries.

Responding to a question from shadow trade secretary Emily Thornberry, Ms Truss said: “If the honourable lady is suggesting a blanket ban on any food imports that do not comply exactly with British farm regulations, what she is talking about is preventing developing countries sending their foodstuffs to the UK.

“Is she saying she wants to ban Kenyans from exporting their foodstuffs to us if they don’t follow exactly the same farm standards as here in Britain?”

The issue of food standards has become a totemic one as the UK seeks to carve out its post-Brexit trading identity. The amendments are backed by Labour and a group of Conservative rebel MPs.

The National Farmers’ Union in June attracted more than 1m signatures on a petition urging government “to put into law rules that prevent food being imported to the UK which is produced in ways that would be illegal here”.

Last month, in a video on social media, Mr Oliver and other chefs and broadcasters urged the public to write to their MPs on the issue.

“You’ve heard about chlorinated chicken, right — it’s when chicken meat is washed in chlorine to get rid of bacteria from dirty farms and abattoirs. It’s currently illegal in the UK. That’s what could be coming if the government opens up the floodgates to low quality food imports,” they said.

Farmers are also concerned about meat produced using additives and hormones prohibited in the UK, and pork raised using “sow stalls”, which tightly confine the animals.

Any deal with the US, which has placed access for its agricultural products to the UK market on its list of negotiating priorities, is a particular concern.

The idea that American food standards are broadly inferior has been called into question, however: the Global Food Security Index compiled by the Economist Intelligence Unit, for example, rates the US above the UK for “quality and safety” of food.

While rejecting the legal provisions, Ms Truss pledged on Thursday: “We are absolutely clear that we are going to stand up for our high standards in any deal we strike, including with the US.”

Thu Oct 8 , 2020
British Airways’ final two Heathrow-based Boeing 747 aircraft have set off for their last flights. The planes took off at the same time on Thursday morning – one destined for an airfield in Kemble, near Cirencester, while the other headed for an airfield near Cardiff. The much-loved jumbo jets will […] 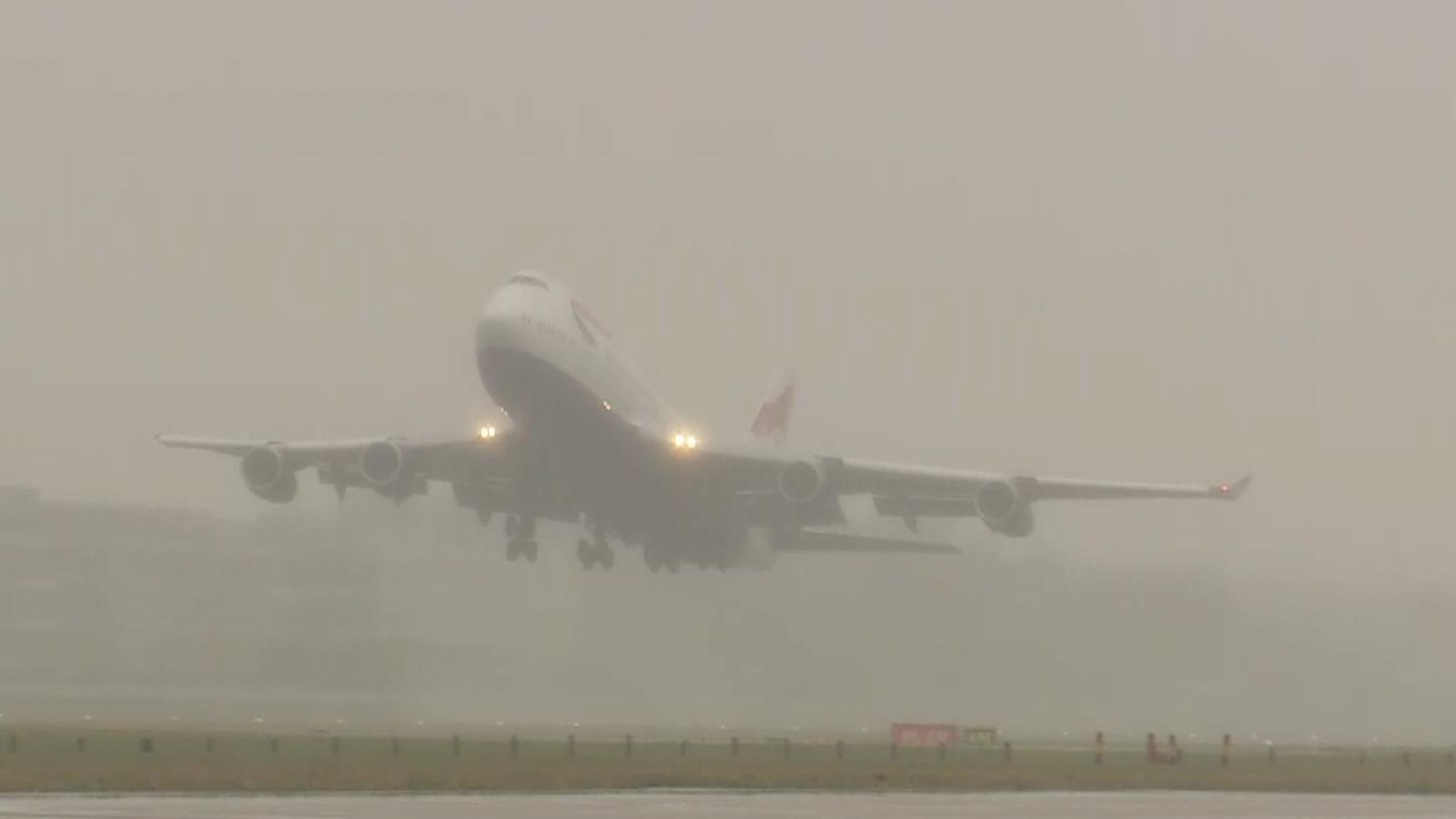