Two big UK housebuilders are preparing to restart work, as a limited number of businesses begin to emerge from the lockdown imposed in response to the coronavirus pandemic.

Taylor Wimpey, one of the UK’s biggest housebuilders, has said its building sites will open again from May 4 while Vistry Group, the housebuilder formerly known as Bovis Homes, aims to restart on April 27.

They are the first listed housebuilding groups planning to return to work after almost all construction stalled in late March because of supply chain problems and social distancing advice.

The government stopped short of forcing sites to close, but housebuilders and their subcontractors decided that work could not continue safely.

“There has never been a point where the government has not been supportive, but we’ve had to be confident we can do work safely. We weren’t then [in March] and we are now,” said Pete Redfern, Taylor Wimpey’s chief executive.

“This will be a gradual restart rather than a big bang,” he added, saying it would take until June for sites to reach 80 per cent of normal activity levels and that the company would focus on getting back to full capacity for 2021.

Taylor Wimpey will not be reopening sites in Scotland, where Nicola Sturgeon’s government has taken a harder line on construction work.

Vistry is returning to work just a month after sites were shut. The company was formed earlier this year after Bovis acquired the homebuilding business of construction group Galliford Try. It has net debt of £440m and will focus initially on bringing in cash by finishing homes it has already sold.

The industry had previously expressed fears that sites could stay closed until July. Other builders will welcome the restart, said Chris Millington, an analyst at Numis. “They want someone to be a bit ahead. The supply chain will not open up for one housebuilder.”

“There are plans afoot for pretty much all of them [housebuilders] to be reopening,” Mr Millington added. “I’d be surprised if we don’t hear more in the next week.”

Any resumption in activity will also be welcomed by materials suppliers and subcontractors.

Shares in Vistry rose more than 8 per cent to £7.87 when the market opened on Thursday morning while Taylor Wimpey rose 6 per cent to £1.43.

UK budget deficit comes in above target, set to surge due to COVID

Thu Apr 23 , 2020
LONDON (Reuters) – Britain’s government went slightly over its budget deficit target for the recently ended 2019/20 financial year which is likely to be dwarfed soon by a surge in public borrowing to soften the economic hit of the coronavirus shutdown. FILE PHOTO: People walk through the Canary Wharf financial […] 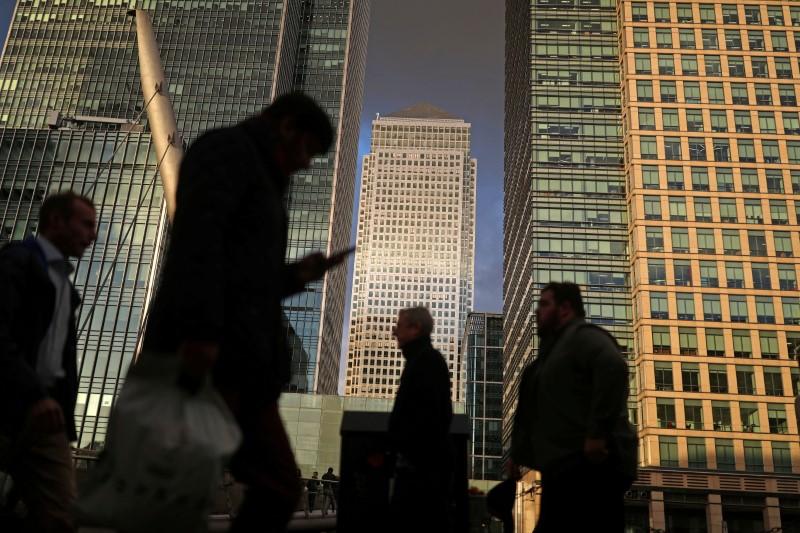