LONDON (Reuters) – Britain is in talks with Swiss drugmaker Roche Holding AG (ROG.S) on rolling out an accurate COVID-19 antibody test that it said could be a ‘game changer’ on getting the world’s fifth largest economy back to work.

The novel coronavirus, which emerged in China, has propelled the world towards the sharpest recession in centuries with many people isolating at home as governments grapple with one of the biggest health crises since the 1918 influenza epidemic.

The British government said it was talking with Roche on rolling out its test after a Public Health England laboratory at Porton Down, in Wiltshire, concluded it had 100% specificity. That means it can detect antibodies to the exact disease rather than similar ones.

“This has the potential to be a game changer,” said Edward Argar, Britain’s junior health minister.

“We are now moving as fast as we can to discuss with Roche purchasing of those but I can’t give you an exact date when we’ll be able to start rolling them out.”

The Roche test received a conformity assessment, known as Conformité Européenne, or CE mark, from the European Union on April 28 and received Emergency Use Authorization from the U.S. Food and Drug Administration on May 2.

Before the Porton Down laboratory’s results, the United Kingdom had said no COVID-19 antibody test was accurate enough to use.

“This is a very positive development because such a highly specific anti-body test is a very reliable marker of past infection,” said John Newton, national coordinator of the UK Coronavirus Testing Programme.

“Scientific experts at PHE Porton Down carried out an independent evaluation of the new Roche SARS-CoV-2 serology assay in record time, concluding that it is a highly specific assay with specificity of 100%.”

Roche said late on Wednesday it was in talks with the National Health Service and the UK government about a phased roll-out of antibody test kits as soon as possible and would be able to provide hundreds of thousands of the test kits per week.

“The test requires a blood sample to be taken by a qualified healthcare professional and processed in a laboratory,” Roche said, adding that it was one of the most accurate tests on the market with over 99.8 specificity.

“This level of accuracy is vitally important because there are a number of viruses with very similar antibodies to Covid-19, including the common cold, and other SARS strains, which can produce a positive result in some less accurate antibody tests.”

The Telegraph, which first reported the findings, said the government was in negotiations with Roche to buy millions of kits.

Similar antibody tests have also been developed by companies including U.S.-based Abbott Laboratories and Italy’s DiaSorin.

Unlike tests to diagnose diseases, antibody tests show who has been infected, although it is not yet clear whether that confers permanent immunity.

Reporting by Aakriti Bhalla and Aishwarya Nair in Bengaluru and Kate Holton and Guy Faulconbridge; Editing by Shailesh Kuber and Philippa Fletcher

Thu May 14 , 2020
BERLIN (Reuters) – Germany will have to stabilise its social security system with cash injections to cushion the effect of coronavirus on health, the labour market and pensions, officials said on Thursday, an effort experts estimate could cost many billions of euros. FILE PHOTO: Customers wait in line after the […] 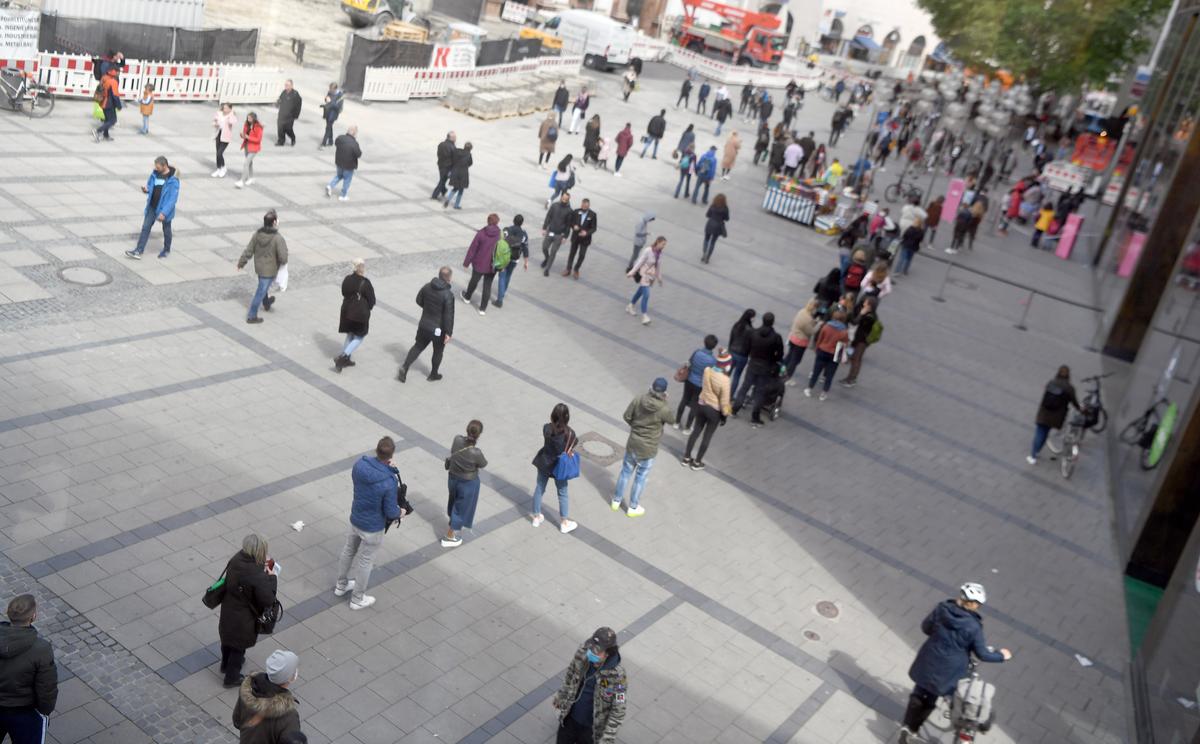