Boris Johnson has a penchant for pulling rabbits from his hat. Even as his government threatens to torpedo its future relationship with the EU, it is trumpeting its first substantial post-Brexit trade deal, with Japan. The agreement with Asia’s largest advanced economy highlights the potential opportunities for the UK outside the EU, but also the limits to them. It points up, too, the risks if Mr Johnson pursues his threat to override parts of the Brexit withdrawal treaty.

UK negotiators deserve some credit for achieving — within months — an agreement that largely replicates the existing deal between Japan and the EU and in some areas goes further. It will fuel hopes in the Johnson circle that they can achieve similar results with other trading partners, despite Britain’s economy being much smaller than that of the 27-nation bloc.

The main additions are in areas where both Britain and Japan aspired to higher commitments, so cannot be touted as specific UK negotiating achievements — but are positive nonetheless. Japan’s big technology companies such as Sony wanted digital rules such as bans on data localisation, but these will also enable UK software and financial services companies to operate in Japan with offshore servers.

The vaunted compromise on agriculture — which the UK had made a priority in the hope of raising sales of value-added exports such as cheese — has less substance than London suggests. Britain failed to secure new so-called tariff rate quotas, which allow EU farmers to sell a limited quantity of sensitive food products to Japan at lower tariffs. The UK can instead use any quota left unfilled by the EU in 10 of 25 products covered by the EU-Japan agreement. Officials insist there are gaps the UK could fill. But the deal puts the UK second to the EU on agricultural exports to Japan — even if, in monetary terms, this is not a vital market.

Overall, UK officials say the deal will increase UK-Japan trade by £15bn. But it is expected short-term to add only 0.07 per cent to UK gross domestic product — though government economists have forecast a 5 per cent loss of GDP from leaving the EU customs union and single market.

The real significance of this agreement for both sides is as a bridge for the UK to join the Trans-Pacific Partnership trade deal. While that will be a complex, multiyear task involving separate negotiations with all 11 existing members, the fact the TPP includes other sizeable markets such as Canada, Australia and Canada makes it a meaningful prize.

Mr Johnson’s government touts potential TPP membership as putting the UK “at the centre of a modern, progressive network of free trade agreements with like-minded friends and allies”. Japan is keen to welcome the UK into a grouping it sees as central to countering Chinese influence in the Asia-Pacific region.

There are pitfalls, however. The TPP includes provisions on state subsidies, competition and foreign investors’ ability to sue governments — the sort of constraints on unfettered sovereignty the UK is chafing at in its talks with Brussels. While TPP members may accept, meanwhile, that the UK’s behaviour towards the EU — in part due to concerns over Northern Ireland — has no direct bearing on a trade deal with them, Tokyo will be deeply uncomfortable if London flouts treaty commitments to its European partners. Insistence on observing international law is one of Japan’s main tools for containing China. Mr Johnson’s government has shown it can reach a trade accord with another major partner. But it still needs a deal with the EU.

Sun Sep 13 , 2020
The UK’s new trade deal with Japan commits it to tougher restrictions on state aid than the ones it is currently offering the EU in the Brexit talks, potentially undermining its negotiating position with Brussels. In the bilateral UK-Japan agreement announced in principle on Friday, London and Tokyo have agreed […] 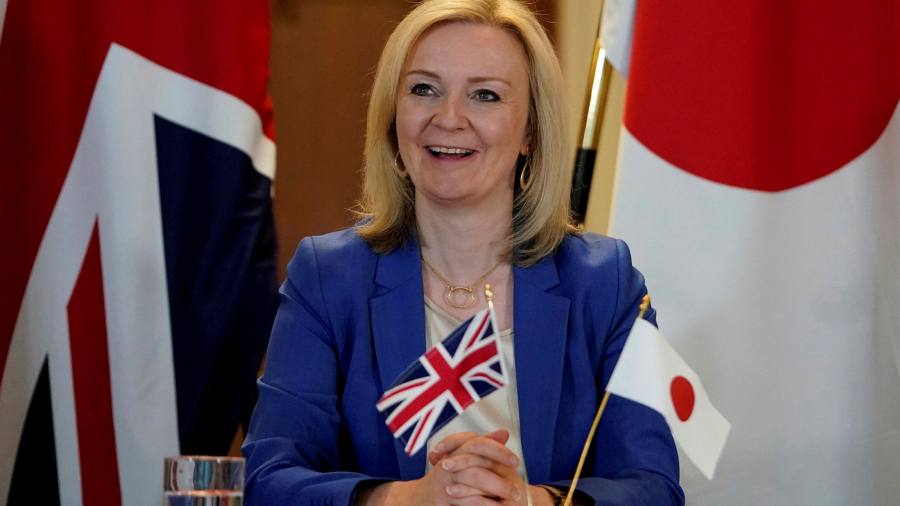