A key figure in the UK’s fight against labour abuse has called for a comprehensive rethink of the enforcement of employee protection laws after longstanding failures in factory working practices in Leicester were highlighted by the recent rise in coronavirus cases.

Matthew Taylor, director of labour market enforcement, made the comments in an interview with the Financial Times after an increase in Covid-19 cases in areas near factories in north-east Leicester prompted the government to impose the UK’s first local coronavirus lockdown.

The Sunday Times subsequently revealed that one of its reporters, working undercover, took up work in one of the factories, was offered well below the UK’s minimum wage and worked in conditions that defied the UK’s coronavirus distancing rules.

Poor pay and sometimes dangerous conditions in some of Leicester’s garment factories have long been an open secret and were comprehensively described in an FT investigation in 2018.

Many of the garments made in these factories are destined for brands owned by Boohoo, the UK fast-fashion brand, whose shares have fallen sharply this week in the wake of the allegations. Boohoo insists it requires suppliers to meet all relevant labour standards.

The UK’s lax labour market policing has frequently been blamed on inadequate resourcing of the policing of employment laws and poor co-ordination between the different enforcement bodies.

Mr Taylor welcomed proposals published last year by the Department for Business, Energy and Industrial Strategy to merge three of these bodies: the Gangmasters’ and Labour Abuse Authority; HMRC Minimum Wage, an arm of HM Revenue & Customs; and the Employment Agency Standards Inspectorate.

However, he urged the government to accompany the merger with a more fundamental revamp of how the bodies functioned to ensure they worked more efficiently.

“This is an opportunity for the government to signal much greater ambition for the single enforcement body and also have a wider conversation about the role it could and should play,” he said. “Rather than just the merger of the three enforcement bodies, it should be about capacity building and quality.”

Mr Taylor is expected to outline this thinking in his speech on Thursday to mark publication of his annual report. The role of the director is to set an overall strategy for UK labour enforcement. He has no involvement in day-to-day investigations.

“A single enforcement body should allow a step change in the quality of the sharing of intelligence — better sharing between the agencies but also with other bodies,” he added.

Mr Taylor expressed hope that a revamped labour market enforcer would have enough staff to open regional offices, which might work better with local authorities and law enforcement bodies.

“One of the opportunities for the Single Enforcement Body is to ensure there is an enforcement capacity in every area which can tackle long-term challenges like Leicester,” Mr Taylor said.

Evidence exists that some employers in Leicester factories have understated employee hours worked so that the rate paid to workers meets the £8.72 an hour level mandated by the national minimum wage. Those entitled to benefits then top up their earnings through the welfare system.

Stephen Timms, the Labour MP who chairs the House of Commons work and pensions committee, said there had been concerns about non-payment of the minimum wage in Leicester factories for five years and perhaps longer.

“Illegal action by employers has been inflating people’s call on the benefits system,” Mr Timms said. “Social security should support those who need it, but it is not there to cover up for unscrupulous employers.”

Tue Jul 7 , 2020
Three pubs in England have been forced to close after customers tested positive for coronavirus following the reopening of bars, restaurants and other parts of the country’s hospitality sector at the weekend. The move was hailed by Matt Hancock, the health secretary, who said it showed the NHS test and […] 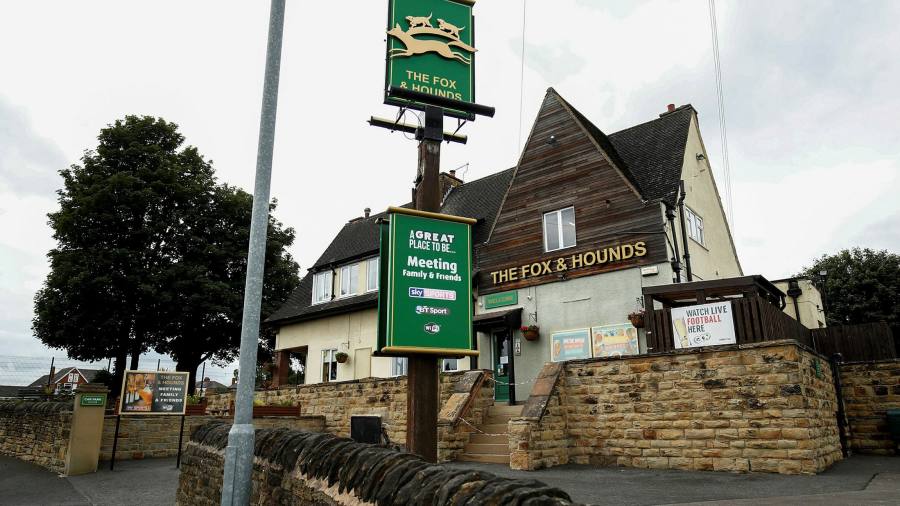