The government can only fulfil its pledge to “level up” prosperity in the UK by handing powers and money to regionally elected metro mayors, the architects of a strategy to narrow the north-south economic divide say.

Jim O’Neill, the economist, and George Osborne, former chancellor, argue that the coronavirus pandemic has shattered the belief that “Whitehall knows best”.

“The crisis has demonstrated that you cannot continue the policy of control from a bunch of smart people in Whitehall. The test and trace system has been a fiasco,” Lord O’Neill, a former Treasury minister, said.

The government has spent £10bn on the national coronavirus track and trace system but it is not hitting its target to find 80 per cent of contacts of infected people, while less than a third of test results are returned within 24 hours.

Lord O’Neill is vice-chairman of the Northern Powerhouse Partnership, a business-backed lobby group Mr Osborne established after leaving office in 2016.

On Saturday the partnership proposed five point plan to narrow the north-south divide in education, health and wealth.

England remains one of the most centralised states in the world despite efforts by Mr Osborne from 2014 to build a “northern powerhouse”. His plan was to knit together the north’s big cities with faster transport links, improve skills and the arts, and boost research to create an alternative hub to London.

Seven groups of local authorities across England outside London have combined to create metro mayors and more areas are in negotiations to follow suit.

Lord O’Neill said the Treasury was opposed to allowing local control over spending for fear of waste. But he said: “You cannot take for granted that central government is any more efficient. Look at how it has handled the pandemic.”

He questioned prime minister Boris Johnson’s stated commitment to “level up” the UK economy, which had helped the Conservatives win seats in Brexit-backing Labour heartlands in the north. The pandemic was not an excuse for delay, with little progress on transport schemes, shifting resources northwards and devolution since the December election.

The government has yet to publish its white paper on devolution, first expected in February, or set up a promised Northern Powerhouse growth board.

“They don’t seem to be doing it. They have postponed the Budget and the comprehensive spending review [from July]. How can you level up without a plan?”

Lord O’Neill said areas with metro mayors, such as Greater Manchester and the Liverpool City Region, had proved they had good governance and could handle more powers.

They should now get the ability to co-run their health and social care systems with the government, as in Greater Manchester, the plan said.

Each mayor should have an infrastructure budget to spend as they wish, rather than having to bid for money from Whitehall. They should also be able to borrow to invest alongside government, sharing the risk and rewards.

The Department for Education should also devolve all post-16 skills funding to mayors so they can tailor programmes to local business needs. It should also provide funding and resources in poorer areas to close the gap in exam grades with London.

The Shared Prosperity Fund that will replace EU aid after the Brexit transition ends on December 31 should be handed directly to mayors.

Government research and development spending, which is concentrated in the south-east, should be boosted in the north with decisions on where to invest taken locally.

Tony Travers, visiting professor of government at the London School of Economics, agreed that devolution appeared to have “stalled”. “Unless it is given new life, there will be no levelling up,” he said. “There are so many things mayors and combined authorities could do to deliver us from the economic effects of Covid-19.”

The Ministry of Housing, Communities and Local Government said: “We have set out a clear commitment to level up all areas of the country by empowering our regions through devolving money, resources and control away from Westminster.

“We are considering a range of options and will set out our detailed plans in the white paper that will be published this autumn.”

Sat Sep 26 , 2020
The tale this week for UK investors will feel wearily familiar. Again Covid-19 cases are rising. Again the risk of a nationwide lockdown is looming. Again the economy looks like it might be dealt another body blow. The question for investors now is whether recent history continues to repeat. As […] 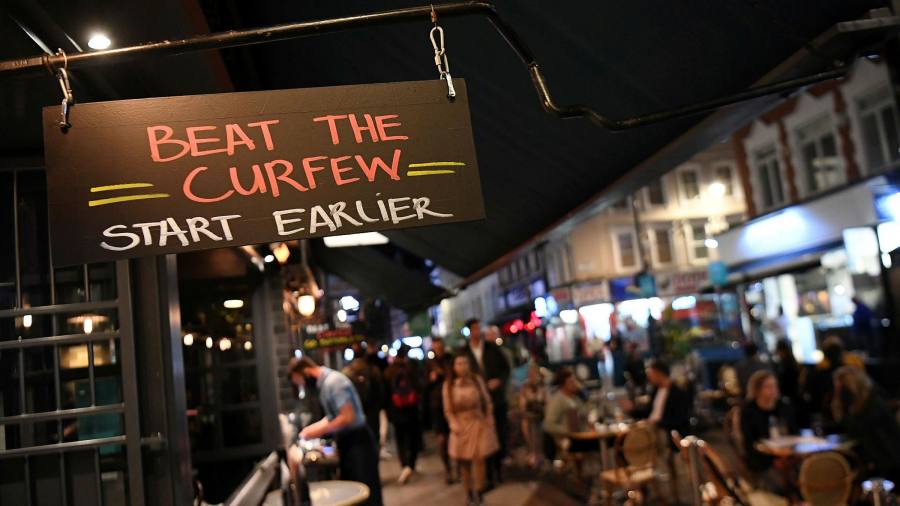