Manufacturing output has fallen below 60 per cent of capacity to the lowest level since records began 40 years ago reflecting the closure and cutbacks at UK factories in response to the coronavirus outbreak.

The extent of the damage to the economy from lockdown was further underlined by data showing confidence in the services sector also slumped to a record low, raising the spectre of a spike in job losses, according to data from the European Commission.

Capacity utilisation in factories dropped to 57.7 per cent in April, the recorded since the series began in 1980, and well below the 70 per cent at the peak of the financial crisis in 2009.

The level is one of the lowest in Europe: German factories were running at 71 per cent of capacity last month and the EU average was 70 per cent.

UK manufacturers, which had average capacity utilisation over the past three years of 81 per cent, also reported falling exports orders and drop in forward production secured against the order book.

The services sector appeared to have taken an even harder hit in the pandemic, with restaurants, pubs, cinemas and hotels ordered to close.

Signs were also worrying for the retail sector, where the sentiment index fell to minus 39.3, marking a sharp deterioration from March. Official statistics released last week showed retail sales falling at a record pace in March.

Howard Archer, chief economic adviser at EY Item Club, said the data tied in with “the fact that activity in some parts of the consumer services sector was effectively brought to a halt in April by the lockdown”.

UK services sentiment is also below the average in the EU, possibly reflecting that the lockdown in Britain was implemented later than in many countries on the continent.

The index is calculated as a balance between businesses reporting improvements compared to the previous month minus those facing a deterioration.

Economists were alarmed by the deterioration in the outlook for the labour market in the survey results. Despite the government’s emergency package for business aimed at supporting job retention, employment expectations in the services sector for the next three months dropped to minus 48.3, just shy of the minus 49 record low reached in the financial crisis.

In manufacturing, the fall in employment expectations was even sharper with the corresponding index plummeting to minus 61.6, the lowest of any large European country.

“Fears of a rise in unemployment have jumped to an eight-year high” said Samuel Tombs, chief UK economist at Pantheon Macroeconomics. “The survey contains no sign yet of a sharp rise in households’ saving, which could create a negative feedback loop for the economy”.

According to the survey, 70 per cent of businesses in the services sector, excluding retail, struggled with insufficient demand and another 22 per cent faced financial constraints.

John Hawksworth, chief economist at the consultancy PwC, said he expected the impact of the social distancing measures aimed at stopping the spread of the virus to hit GDP in the second quarter by 12 to 16 per cent. “This is due to the unprecedented nature of the lockdown, as well as lower consumer spending and business investment due to confidence and income effects”.

These business surveys provide the first measures of the economic fallout of the pandemic. But the European Commission warned that the data published “may be less accurate and comparable across countries than usual” because of the difficulties in collecting responses during the lockdown.

Wed Apr 29 , 2020
FILE PHOTO: A Wetherspoon’s logo is seen at a pub in central London, Britain January 23, 2019. REUTERS/Hannah McKay (Reuters) – British pubs group JD Wetherspoon (JDW.L) plans to raise 141 million pounds ($175 million) in a share placing as it tries to cope with the economic fallout from the […] 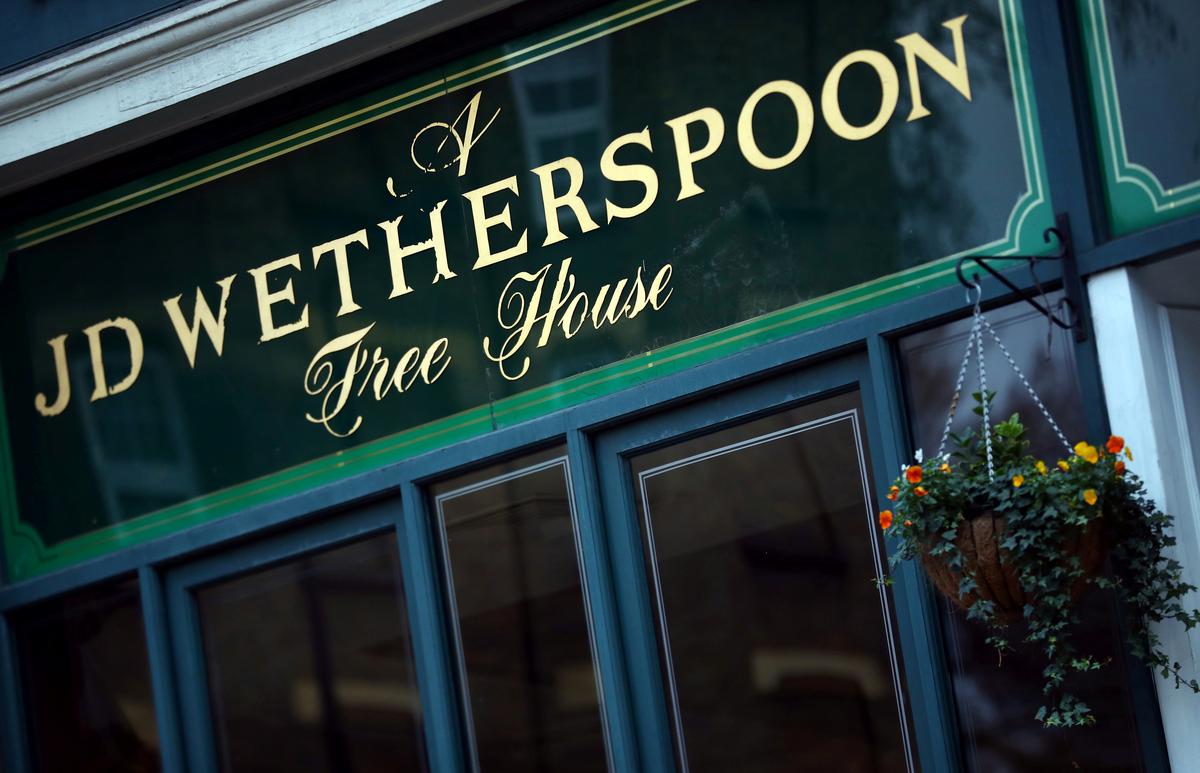 Who Invented The Computer