(Reuters) – British midcaps hit an 11-week high on Wednesday as hopes of an economic recovery with the easing of coronavirus lockdowns offset concerns about growing political unrest in Hong Kong over Beijing’s proposed national security laws.

The domestically focussed FTSE 250 .FTMC gained 1.3%, rising for an eighth straight session as thousands of retailers prepared to reopen from June 1 from a months-long shutdown that has crushed the UK economy.

The blue-chip FTSE 100 .FTSE added 1.1%, but investors remained cautious about simmering Sino-U.S. tensions as U.S. President Donald Trump said he was preparing to take action against China over its move to impose the security bill in Hong Kong.

“Tensions between the world’s two largest economies could jeopardize any potential trade accord, but at the moment, investors appear to be placing more bets on a global economic recovery,” said Charalambos Pissouros, market analyst at JFD Group.

The midcap FTSE 250 has rallied about 38% since crashing to a seven-year low in March, and although it remains about 21% down on the year, traders are counting on a faster revival in supply chains and consumer demand to pull out of what is expected to be the worst UK recession in 300 years.

Data on Wednesday showed UK grocery sales rose 14.3% during the 12 weeks through May 17, the fastest rate since comparable records began in 1994.

Asset manager St James’s Place (SJP.L) rose 6.8% and was among the biggest gainers on the FTSE 100 after reporting a modest 1% gain in April net inflows.

Reporting by Sagarika Jaisinghani in Bengaluru; Editing by Saumyadeb Chakrabarty and Sherry Jacob-Phillips

Wed May 27 , 2020
FILE PHOTO: A shopper pushes a trolley in a supermarket in London, Britain April 11, 2017. REUTERS/Neil Hall LONDON (Reuters) – Britons spent a record 1.2 billion pounds ($1.5 billion) online buying groceries during a four week period in April and May as they shunned supermarket trips during the coronavirus […] 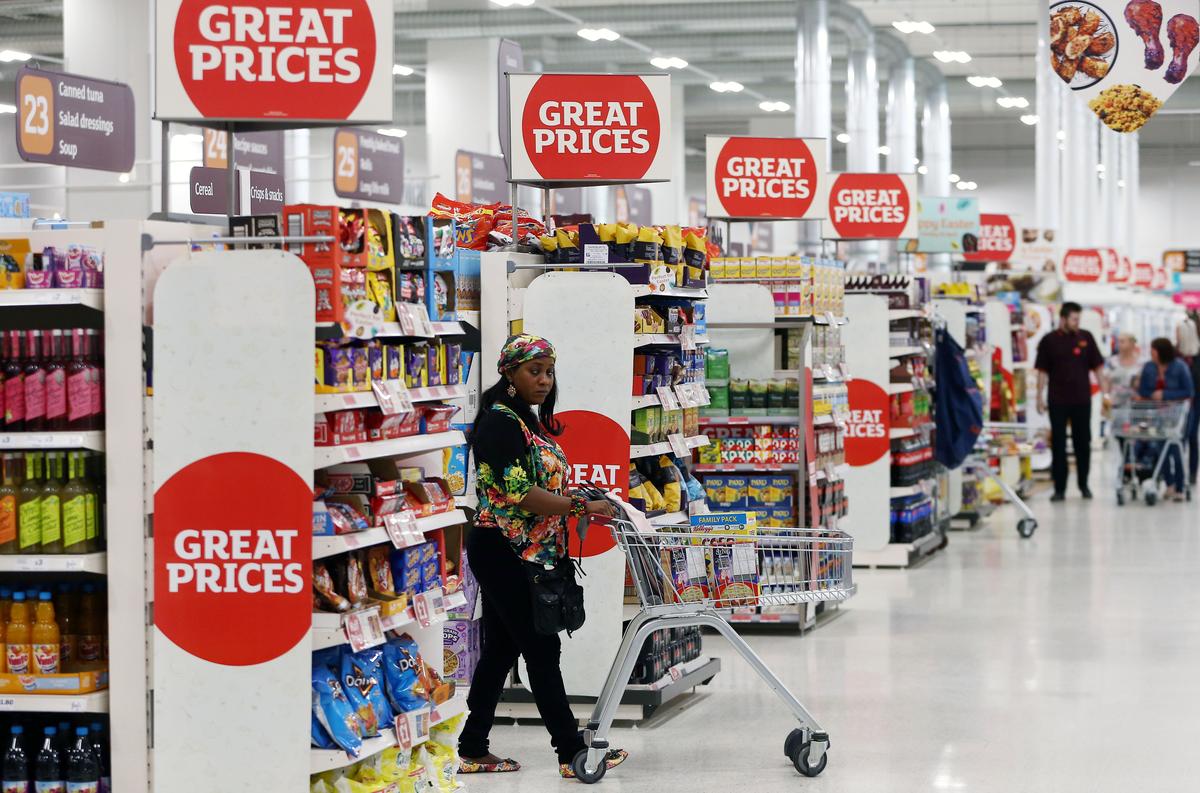