Unions and opposition MPs on Monday criticised plans for the UK’s post-Brexit immigration system after it became clear that nearly everyone working in care homes would be ineligible for a new health and care visa required to work in Britain.

Most care workers are excluded under the new rules — which will come into force on December 31 this year — because their roles do not require sufficiently advanced qualifications and attract too little pay.

With Boris Johnson ruling out any extension to the Brexit transition period, the new immigration system is due to come into force at 11pm on December 31.

UK care providers have previously recruited large numbers of staff from the EU under freedom of movement rules, which will end. Social care workers have played a critical role in the Covid-19 pandemic, where care homes have been significant centres of outbreaks.

Nick Thomas-Symonds, shadow home secretary, said the proposals were “yet another insult” to people who had been at the frontline of the crisis.

“To exclude care workers from the health visa is a clear signal that this government does not appreciate the skill and dedication these roles involve,” Mr Thomas-Symonds said.

Donna Kinnair, general secretary of the Royal College of Nursing, said ministers had ignored the union’s concern that an appropriate immigration route was needed for social care workers.

However, Kevin Foster, the immigration minister, insisted in the House of Commons that senior care workers, who need higher levels of qualifications, would be eligible for the new visa.

He went on: “People will think that surely the vision for the social care sector is not to carry on looking abroad to recruit at or just above the minimum wage when we need to prioritise jobs in this country.”

The rules, published on Monday, build on an initial set of proposals published in February, which foresaw the ending of the current free movement of people between the UK and EU and a near-complete ban on bringing lower-paid workers into the UK for jobs requiring fewer educational qualifications.

The rules require workers to amass 70 points under a points-based system that will allocate workers 50 points for having an offer of a suitably well-qualified job in the UK and 20 points for meeting a £25,600 salary threshold.

One of the few changes from February was that Monday’s proposals would allow students who have completed PhDs at UK institutions to work in the country for three years, against only two years for those finishing undergraduate or masters degree studies.

Priti Patel, home secretary, said in a written statement to MPs that the new rules would encourage employers to invest in the domestic UK workforce, “rather than simply relying on labour from abroad”.

But she went on: “We are also making necessary changes, so it is simpler for employers to attract the best and brightest from around the world to come to the UK to complement the skills we already have.”

Mon Jul 13 , 2020
The UK Serious Fraud Office will conduct a review into its director’s behaviour after a judge accused her of falling for “flattery” and letting a “freelance agent” acting for potential suspects become involved in a probe into alleged corruption in the Iraqi oil industry. The allegations against Lisa Osofsky were […] 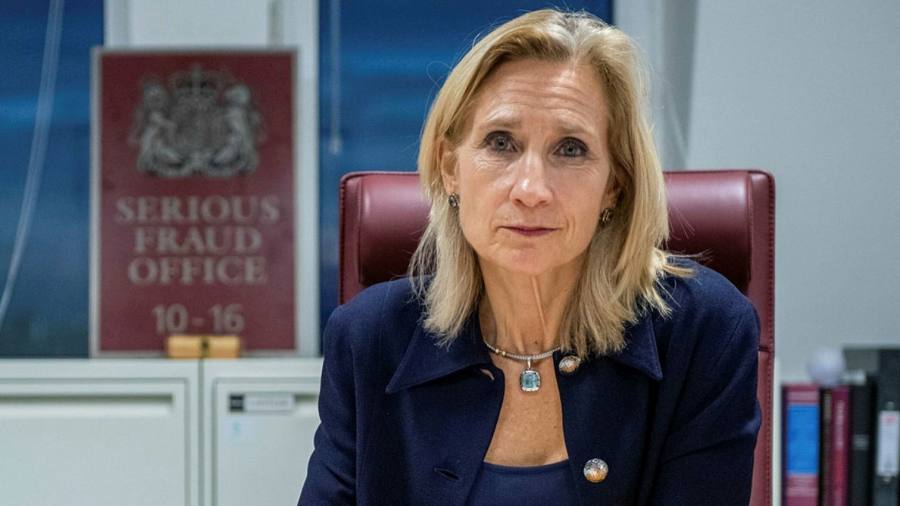