MPs have demanded that UK financial regulators consider delaying changes to their complaints scheme, after campaigner Gina Miller said rushing them through before reports into past scandals were published would be “a travesty of justice”. In late July, the Financial Conduct Authority, Bank of England, and Prudential Regulation Authority launched […]

MPs have demanded that UK financial regulators consider delaying changes to their complaints scheme, after campaigner Gina Miller said rushing them through before reports into past scandals were published would be “a travesty of justice”.

In late July, the Financial Conduct Authority, Bank of England, and Prudential Regulation Authority launched a joint consultation on changing the way complaints against them are handled. These included potentially limiting the scope for investigations, and capping compensation claims at £10,000. The deadline for responses to the proposals is on Monday.

However, Ms Miller, a high-profile former anti-Brexit activist and co-founder of finance firm SCM Direct, has joined consumer groups including the Transparency Task Force and the Connaught Action Group in denouncing the timing and brevity of the consultation period.

This week, she wrote to the House of Commons Treasury select committee urging it to intervene and suspend the process. She said: “Who could possibly have thought it sensible, after a litany of financial scandals, compounded by a global pandemic that has damaged financial services businesses and consumers alike, for the FCA to hold a consultation on its own performance in the depths of the summer holidays?”

Ms Miller also attacked the decision to close the consultation before reports into multimillion pound financial scandals — and possible regulatory failings — are published this year. “To also hold this consultation before the three Independent reviews into HBOS Reading, London Capital & Finance and Connaught are published, appears calculated,” she claimed.

On Friday, Mel Stride, chair of the Treasury select committee, said that following “several representations” over the length of the consultation period he had written to Andrew Bailey, Bank of England governor, and Chris Woolard, FCA interim chief executive, asking them to consider an extension.

“The regulators are rightly looking to improve the scheme through which people can complain against them,” said Mr Stride. “But to rush it through in eight weeks, over the summer, and during a global pandemic appears ill-advised . . . the regulators should give serious and urgent consideration to extending the consultation period.”

The FCA said: “We have received the Treasury select committee’s letter and are considering our response.”

According to the regulators, eight weeks was sufficient time as the proposed changes “improve the scheme”. But consumer groups have warned that the revisions, as drafted, would restrict the circumstances under which complaints against regulators could be taken up in future. They also say that capping compensation at £1,000 for distress and inconvenience, and £10,000 for financial loss, is unfair on victims of regulatory failure.

Ms Miller argued that there was additionally a “moral imperative” that any consultation on compensation take place after the three independent reviews of the financial scandals are released.

One of these, into the £236m collapse of minibond issuer London Capital Finance, had been due in July, but has since been delayed twice by difficulties in gaining FCA information.

Last month, Elizabeth Gloster, the former judge leading the LCF review, wrote to the FCA’s chairman saying: “It is unacceptable that your team is still identifying errors in its disclosure of documents.” Dame Elizabeth now expects her report to be ready in November.

Bonuses for FCA staff have been postponed until the findings of her review are published. In its annual report, issued on Thursday, the regulator said: “Performance bonuses awarded to voting members of the executive committee in respect of the year under review should be deferred until the report of the investigation has been issued”.

Mr Bailey, who was chief executive of the FCA until he moved to the Bank of England in March, also “declined to receive” a £40,000 deferred bonus for 2018/19, the report said.

Fri Sep 11 , 2020
The Post Office is in talks to offload its telecoms arm and is exploring a sale of its insurance business as its new chief executive puts his stamp on the centuries-old institution. Sky News has learnt that the government-owned company has appointed bankers to oversee and auction of its telecoms […] 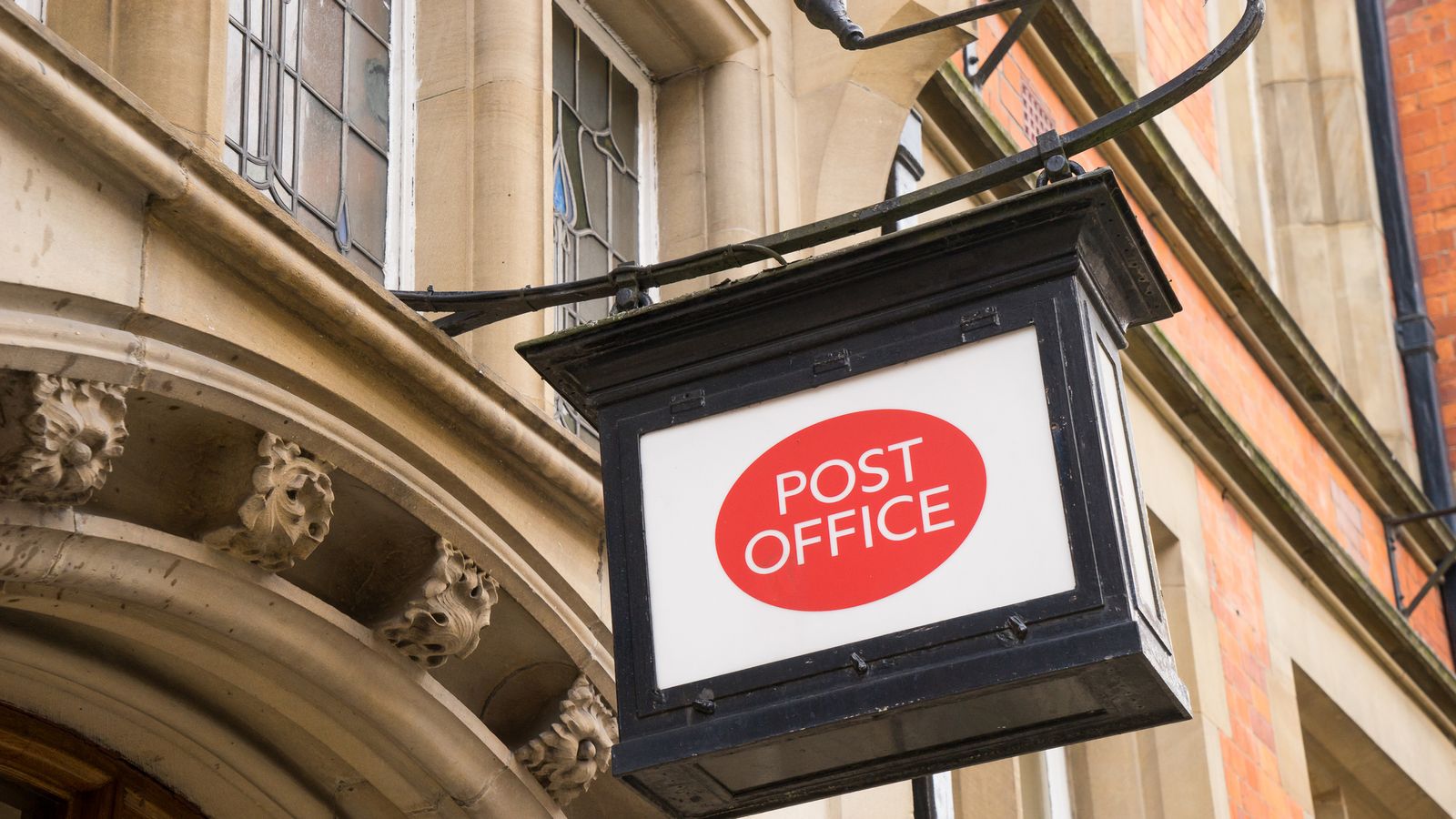