Britain’s financial regulator has warned UK banks that they will need an entirely new way of dealing with personal and business debt, as the coronavirus pandemic pushes ever more borrowers into arrears or default.

Charles Randell, chair of the Financial Conduct Authority, told bank bosses on Tuesday that the crisis had forced millions of their customers to add to debt levels that were already “too much” — and the regulator had to get involved, even though business lending is currently outside its remit.

Speaking at a virtual UK Finance event attended by the chairs of the UK’s largest lenders, he said: “We need to reassess our approach to consumer debt” and “we need a robust framework for dealing with small business loans which turn out to be unaffordable”.

So far, more than 900,000 UK businesses have taken on an extra £38bn of debt under government-backed bailout schemes. But Mr Randell said it was “an inescapable fact” that some of them would not be able to repay.

Two week ago, executives from three leading UK banks warned that up to half of the £18.5bn advanced under the “bounce back” loan scheme was unlikely to be repaid, as they expected hundreds of thousands of small businesses to collapse. Executives told the Financial Times that trying to pursue these debts through the courts would be logistically impossible and a “PR disaster”.

Mr Randell called for the introduction of a new system for dealing with business customers. “Lenders will need to scale their arrears-handling functions quickly, and invest in training and controls,” he told the bank chairs.

He added: “There needs to be an appropriate dispute resolution system, and we are working with the Financial Ombudsman Service and the Business Banking Resolution Service to ensure that there is capacity to deal with the volumes we may see.”

Involvement in business lending is new for the FCA, but Mr Randell said the change of approach was needed to avoid the failings of the past.

“The FCA needs to play its part in this process,” he told the bank chairs. “We can’t allow this to become a replay of the 2008 crisis where the treatment of some small business borrowers did such serious damage to people and to trust in financial services.”

Consumers have also added to their debt burden during the crisis, with 1.8m mortgage borrowers — around one in six — now taking advantage of payment holidays and repayments on 1.5m credit card accounts currently paused. Mr Randell cautioned that these short-term measures must not be allowed to become long-term problems.

Among the protective measures he suggested were having the industry, government, and regulators guide consumers to make better decisions about debt and saving, and ensuring that advertisers “reflect the reality that lives can be ruined by unaffordable debt”. He added that companies should not be allowed to sell high-risk investments to customers who cannot afford losses.

Regulation experts said the crisis required the FCA to take the lead. “It is almost an unargued fact that a decent portion of the debt being taken on by the UK’s small and medium-sized companies will end up in some form of stress or default,” said Dave Rome, corporate lending strategy director at law firm Ashurst. “What we need going forward is transparency in how to deal with the issue — banks will play their part but regulators and the government will need to be active players too.” 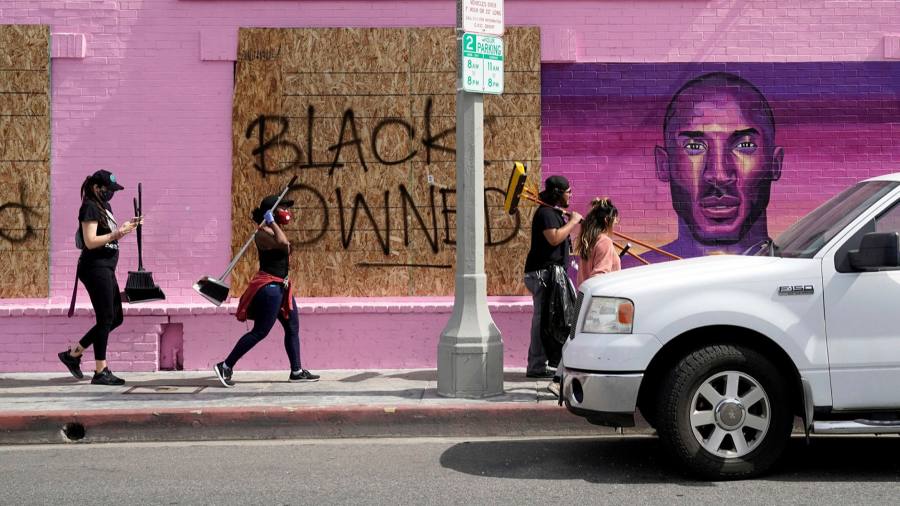