British holidaymakers in France are scrambling to buy up the last available tickets and pack bags to return to the UK before quarantine measures are applied from 4am on Saturday.

Travel operators warned on Friday that the majority of services were fully booked and motorways in France were packed as UK residents fled.

Adele Armstrong, 37, who works in the City of London, said she had spent €1,000 changing Ryanair flights to return from Brittany on Friday rather than Sunday as she and her daughter, partner and his two sons were due to take another holiday to Scotland on Monday, which they would have been forced to cancel had they been quarantined.

“As soon as we heard the news, we went on the Ryanair website to change the flights . . . I could see the seats disappearing before my eyes,” she said.

“We tried a computer and two phones and I think managed to get the last three seats on the plane. I don’t understand this policy and I don’t know how they police it,” she added, saying that she felt lucky that she could afford to pay for the new flights.

Ms Armstrong, who had travelled to see her mother, who lives in Brittany, for the first time in seven months, is one of 160,000 UK tourists currently estimated to be in France.

The announcement that all travellers coming from France, the Netherlands, Monaco, Malta, the Turks and Caicos Islands and Aruba would have to self-isolate on their arrival in the UK was made by Downing Street late on Thursday night after a sharp rise in coronavirus cases in those countries.

Eurotunnel, which runs car-carrying services through the Channel tunnel, told customers it was receiving a “huge amount” of inquiries and had laid on extra staff to try to deal with the requests. Shortly after the announcement was made, travellers reported queues of more than 4,500 people on Eurotunnel’s website.

Amelie, an investment banker, who had been working and holidaying in Poitiers with her husband, said that after hearing the news at midnight on Thursday, the only two available Eurotunnel bookings were at 7am or 11.30am on Friday.

As she and her husband both had to return to the UK to work for compliance reasons, they were forced to rush back and leave behind their children, who were staying with grandparents in another part of France.

“The motorway was full but every other car had a British plate,” she said, adding that later in the day would be even busier as tourists staying in popular southern regions such as Provence and the Dordogne reached the Channel ports.

Some travellers have decided to leave their cars behind in French resorts and fly back after all available ferries and trains were booked.

Eurostar still had space for passengers wanting to travel on its high-speed trains between Paris and London on Friday morning, although the cheapest ticket was over £200.

There were only three direct flights between Paris and London with seats still available on Friday, with tickets costing up to £500 for a one-way journey, according to Google Flights, an online booking service.

Grant Shapps, the UK transport secretary, told the BBC on Friday morning: “People this year will have gone away knowing that there was a significant risk, and because of that people will have gone with their eyes open.”

He also warned that Britons would be “breaking the law” if they failed to quarantine for 14 days on their return.

“We’ve worked so hard in this country to get our level of infections down, the last thing we want do is to have people returning and bringing the infection with them. It’s to protect everybody,” he said.

Mr Shapps also suggested that any country recording more than 20 new cases per 100,000 people over a seven-day period could trigger the introduction of quarantine measures. “With France and these other countries, Netherlands and elsewhere, the numbers have now just gone above the threshold,” he told BBC Radio 4’s Today programme.

Shares in big listed airlines tumbled on Friday, with easyJet leading the declines with a fall of 7 per cent. British Airways owner IAG and Air France-KLM each slipped about 5 per cent.

Aviation companies have warned that the UK government’s quarantine policy risks deepening the crisis facing the industry. Airlines UK, the trade body for UK-registered airlines, said the decision was “another devastating blow to the travel industry”.

It could also prove critical for companies that serve incoming tourists to the UK.

“France and the Netherlands are crucial markets for the UK and both in the top 10 for spend and visits. We had only recently heard reports that these two markets had started a slow recovery — this obviously ends that,” said Joss Croft, chief executive of the trade body UKInbound. “Normally solvent and sturdy businesses now face a bleak future.”

France is the second-largest source market for tourists into the UK after the US, accounting for £1.5bn worth of spending, according to figures from the UK Tourism Alliance.

The World Health Organization has said that quarantines should only be “short in duration, proportionate to the public health risks, and be reconsidered regularly as the situation evolves”.

Fri Aug 14 , 2020
When the wings of a subsidised Airbus plane move, the tremors reverberate in Scottish distilleries. The US, irked at the subsidies meted out to Airbus — a direct competitor of the nation’s own plane maker Boeing — imposed tariffs of 25 per cent on single malt Scotch whisky in October. […] 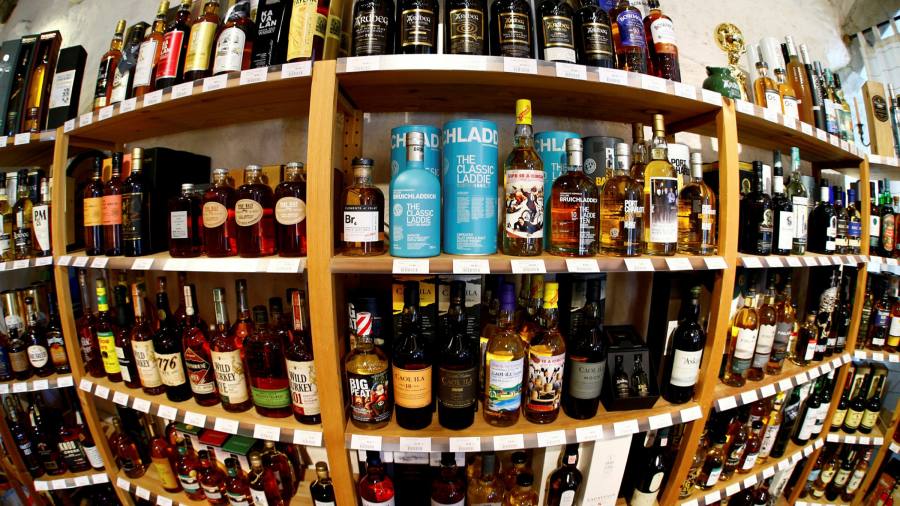