LONDON (Reuters) – British retail spending plunged by nearly a fifth in April as the government’s coronavirus lockdown hammered the sector, and a broader measure of consumer spending tumbled by more than a third, surveys showed on Wednesday.

The British Retail Consortium said its members reported a 19.1% drop in total sales last month compared with April last year, the biggest fall since it began its monthly index in 1995.

British Prime Minister Boris Johnson shut down much of the economy and ordered people to stay largely at home in late March in an attempts to slow the spread of COVID-19.

Last week the Bank of England said it was plausible that both consumer spending and broader economic output would fall by around a quarter during the three months to June, and that output for 2020 could suffer its biggest hit in over 300 years.

Over the three months to April, in-store sales of non-food items plunged by 36.0% while food sales over the period rose by 6.0% as consumers stocked up on essentials for the government’s coronavirus shutdown, the BRC said.

By contrast, online non-food sales leapt by nearly 60% in April to account for more than two thirds of non-food spending.

“As the lockdown wears on, these new shopping habits – such as the trend towards online purchases – will become more entrenched for many consumers,” BRC chief executive Helen Dickinson said.

Barclaycard said spending at pubs and restaurants had fallen by 97%, but supermarket sales were up by 14% and online spending on home improvements increased by 27%.

Almost nine in 10 adults have saved money on everyday expenses since the lockdown began but confidence in Britain’s economy dropped to its lowest for at least six years with just 20% of adults feeling positive, it added.

Wed May 13 , 2020
The UK economy shrank at the fastest monthly pace on record in March as the coronavirus lockdown triggered a crash in activity and demand.  UK gross domestic product fell by 5.8 per cent in March compared with the previous month, the largest drop since the monthly series began in 1997, according […] 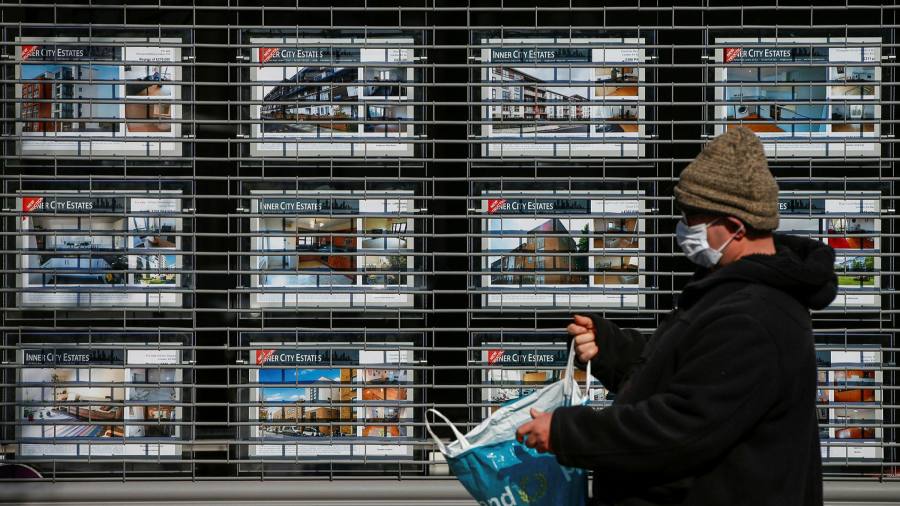