The UK’s defence ministry still risks spending more than it can afford on new weapons and equipment because of longstanding issues, including over-optimism about programme costs and its ability to hit cost-saving targets, the parliamentary spending watchdog has warned.

A National Audit Office report published on Monday said that despite a £16.5bn funding boost for the Ministry of Defence over four years announced in November 2020, there was still a “real risk . . . the department’s ambition outstrips the resources available to it”.

The extra resources were designed to help plug a multibillion-pound hole in the MoD’s 10-year equipment plan along with a cost-saving programme, announced last year, which imposed sweeping cuts across all three armed services. The ministry’s equipment budget between 2021 and 2031 now stands at £238bn.

Along with cuts to personnel, the army will lose its entire fleet of more than 700 Warrior infantry fighting vehicles earlier than planned and a third of its Challenger II main battle tanks. More than 100 older aircraft are being retired, including the air force’s fleet of Hercules transport aircraft, while the Royal Navy will have the size of its fleet of frigates and destroyers cut from 19 to 17 and lose all its minesweepers.

The NAO said that while these measures would help save money, they would also affect the UK’s military capability.

The MoD had “taken some difficult decisions, reducing spending in some areas to allow it to spend more on its highest priorities. However, in this year’s equipment plan risks remain of over-optimistic assumptions about costs, budgets and the likely achievement of savings targets,” said Gareth Davies, head of the NAO.

The MoD believes it can make savings so that “budget and costs will eventually align”, according to the report.

The UK, along with France, is western Europe’s leading military power. But the defence capabilities of the European members of Nato have come under intense scrutiny in recent weeks as tensions rise with Russia over Ukraine.

Ben Wallace, defence secretary, told the Sunday Times recently that defence spending would rise across Nato members if Russia invaded. “I have always said that funding should be linked to the threat. If the threat grows, the prime minister [Boris Johnson] has shown he is very open to further discussions.”

The NAO warned that flagship projects, such as the Tempest next-generation combat aircraft and a programme to replace medium-lift helicopters, were “currently underfunded” and would require an extra £4.2bn to be added to the MoD’s 10-year budget.

The report also highlighted problems with the new Ajax armoured vehicle, which has prevented it from entering service. It flagged that the MoD had set aside £1.9bn to cover costs associated with the project. The watchdog is due to publish an audit of the troubled programme next month.

“The MoD still doesn’t appear to have learned the lessons from previous [equipment] plans,” said Meg Hillier, chair of the public accounts committee. “It continues to delay projects to trade short-term affordability with poorer long-term [value for money], and its claim to balance overspending against future savings sounds suspiciously like jam tomorrow,” she added.

The MoD said it had “produced a fully funded and affordable equipment plan outlining £238bn of defence spending over the next 10 years”.

Mon Feb 21 , 2022
Downing Street on Monday distanced itself from suggestions by the new Brexit opportunities minister that the UK might cut red tape by unilaterally accepting testing on industrial goods by the EU and other countries. Jacob Rees-Mogg this month endorsed a report by the rightwing Institute of Economic Affairs think-tank which […] 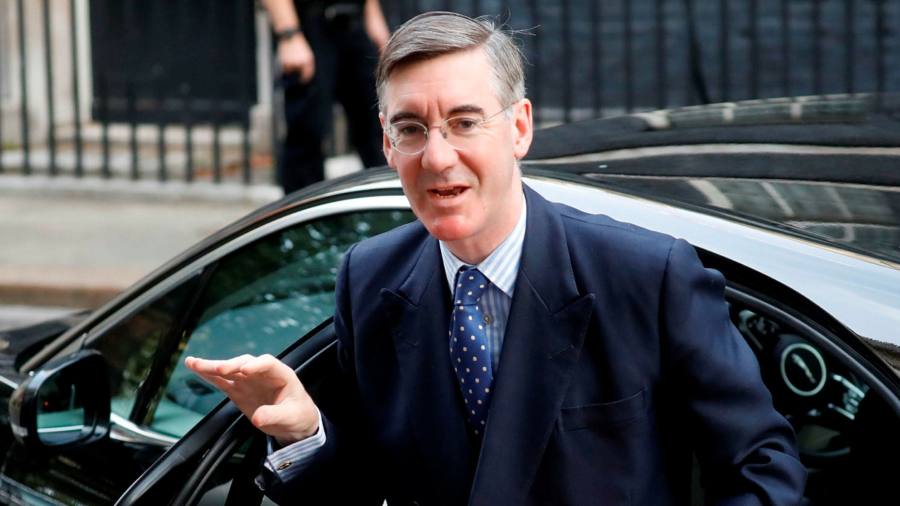