The UK has sold bonds with a negative yield for the first time as a drop in inflation has highlighted how the Bank of England may need to take further steps to revive price growth back to its 2 per cent target.

The country sold £3.8bn of three-year gilts at a yield of minus 0.003 per cent, according to the Debt Management Office. The slightly negative yield suggests investors who hold the debt to maturity will get back less than they paid, when accounting for regular interest payments and the return of principal.

The UK had sold a one-month bill at a negative yield in 2016, but this represents the first time it has sold a conventional longer term bond at yield below zero.

Data released on Wednesday showed annual UK consumer price inflation nearly halved to 0.8 per cent last month — the lowest level in almost four years. Much of the decline was due to a plunge in the price of petrol, but some economists have warned the shock to demand caused by lockdowns could cause a wider disinflationary trend.

The UK drew orders of £8.1bn in Wednesday’s auction, 2.15-times the amount the DMO was looking to sell. The robust demand underscores the appeal of gilts, long considered to be a haven due to the UK’s strong creditworthiness. It also suggests any fears over the large increase in borrowing the UK has undertaken due to the Covid-19 pandemic has not yet weighed on investor appetite for the debt.

Wednesday’s auction comes during a growing debate into whether the BoE will need to reduce its main interest rate from its already historic low into negative territory, as policymakers attempt bring inflation back towards its target of 2 per cent and shield the economy from coronavirus-induced ructions.

Moyeen Islam, rates strategist at Barclays, said the auction was a “symbolic hurdle”.

“Given recent comments from monetary policy committee members, the question of negative policy rates is far from settled,” he said.

The European Central Bank and Bank of Japan have already utilised negative rates, but they have faced criticism, especially from banks since it weighs heavily on the profitability of their traditional lending operations.

“I can’t think of an economy where negative rates are a worse idea than the UK,” Kit Juckes, a strategist at Société Générale, said.

“The economic benefits are dubious but the power of a cocktail of negative rates and massive quantitative easing to weaken the currency seems clear and if the pound falls enough, it will make QE harder,” he said.

Wed May 20 , 2020
LONDON (Reuters) – British retailer Marks & Spencer (MKS.L) said the coronavirus crisis would indelibly change its business and that it would accelerate its turnaround, as the high street stalwart seeks to reinvent itself anew after a decade of failed revivals. FILE PHOTO: Shoppers walk past a branch of Marks […] 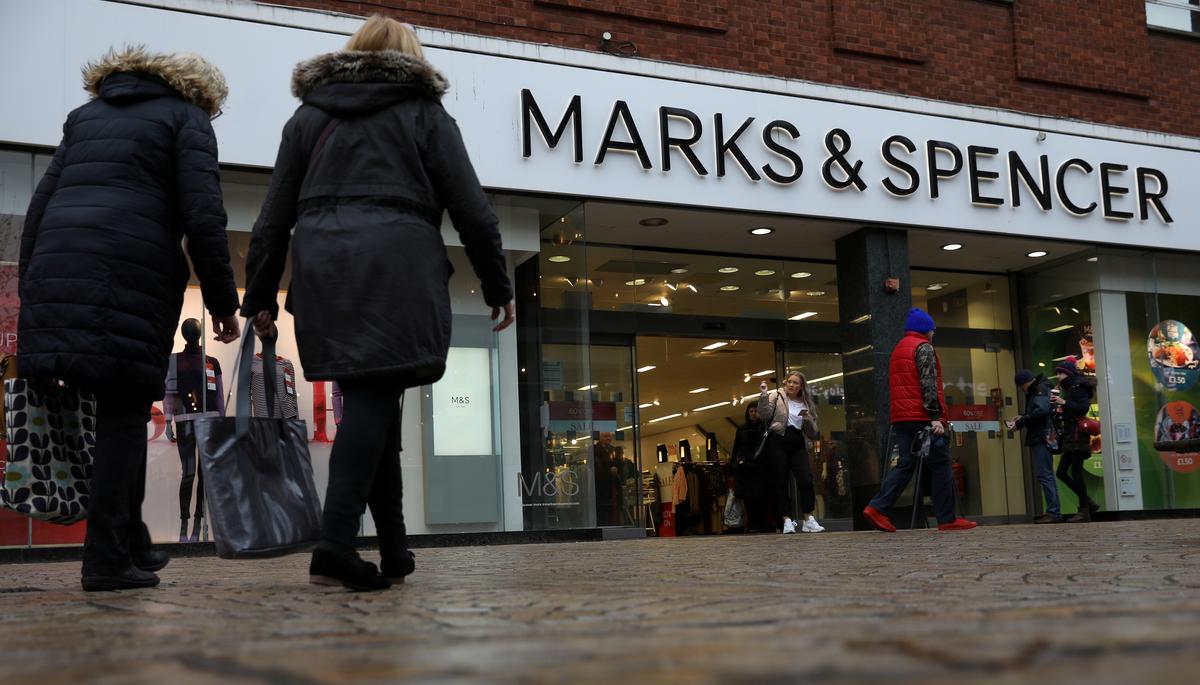