The UK government published on Wednesday legislation to create the legal underpinning of a UK internal market after the end of the Brexit transition period on December 31.

Ministers say the legislation is necessary to ensure the “seamless functioning” of the internal market after the UK has left the EU single market and is no longer bound to follow shared rules and standards set in Brussels.

But the bill has proved hugely controversial because some elements of it legally overwrite sections of the withdrawal agreement agreed with Brussels last year and has been described by the Scottish and Welsh governments as an unprecedented “power grab” that risks accelerating the break-up of the Union.

Here the Financial Times assess the most important parts of the new bill.

The legislation contains clauses which the government has conceded will breach international law by overwriting the legal obligations created by the Brexit withdrawal agreement which came into force in January.

The bill hands ministers sweeping legal powers to override two elements of the Northern Ireland protocol which Boris Johnson agreed last October in order to avoid a return to a hard border in Ireland.

These cover the requirement to notify Brussels of any state aid decisions that might impact goods trade in Northern Ireland (even if those decisions related to Great Britain) and a requirement for businesses to complete export summary declarations when sending goods from the region to Great Britain.

The legislation uses so-called “notwithstanding” clauses to allow British ministers to override sections of the European Union (Withdrawal) Act 2018 covering those two areas, explicitly stating these will “cease to be recognised and available in domestic law”.

Legal experts said the legislation was even broader than suggested by the government, and did not make the new powers contingent on a “no deal” outcome in the EU-UK trade negotiations, as had been widely anticipated.

James Webber, a partner at the law firm Shearman & Sterling who contributed to a recent report by the Centre for Brexit Policy think-tank that called for the repudiation of the Withdrawal Agreement, said the bill was sweeping in its intent, allowing the UK to entirely overwrite the state aid provisions of the Northern Ireland protocol.

“It will allow the UK to design its own subsidy control regime, including for Northern Ireland, without regard to Brussels — giving the government a free hand in UK law to follow a World Trade Organization-based state aid regime without any interference from the Northern Irish Protocol,” he said.

It is one thing for the government to have a different interpretation of the Northern Ireland protocol, but it’s something else to unilaterally legislate.”

Anton Spisak, a former government official who was involved in the NI protocol negotiation last year, said the legislation amounted to the “nuclear option” when the government could have pursued other avenues available in the agreement, like independent arbitration.

“It is one thing for the government to have a different interpretation of the Northern Ireland protocol, but it’s something else to unilaterally legislate in a way that allows government ministers to disregard the UK’s agreed international commitments,” he added.

By giving Westminster full control over state aid rules, the bill ignores the objections of Welsh and Scottish government officials who insist that questions of government subsidies — decided in Brussels before Brexit were formally devolved to them from Westminster in the 1990s.

The bill makes clear that the devolved nations will have to allow the sale of imported goods that are permitted by the UK government for England — regardless of whether they would meet their own quality, production or labelling standards.

Scottish and Welsh officials agree there should be a cross-UK approach to standards, but fear London will accept lower-standard agricultural imports to seal future international trade deals with the US and some Pacific countries and that mutual recognition risks a “race to the bottom” that would make current standards of animal welfare or hygiene too expensive to sustain.

Mutual recognition also includes professional qualifications, and while some particularly sensitive areas such as healthcare and legal services are excluded, education is not — to the concern of teachers in Scotland and Wales which have their own school systems.

A second principle of the bill, alongside mutual recognition, is its outlawing of direct or indirect discrimination against goods and services from other parts of the UK. The white paper that preceded the bill warned against regulatory measures that could “directly reduce price competition”.

Scotland’s first minister Nicola Sturgeon said that, under the bill, the Scottish parliament could not have enacted its policy of minimum unit pricing of alcohol, a measure she said was “vital to public health”.

Section 46 of the bill gives sweeping authority to Westminster to spend money in areas that are devolved to Scotland, Wales or Northern Ireland, allowing direct funding of infrastructure, education, and any cultural and sporting activities that UK ministers judge to “directly or indirectly benefit the United Kingdom”. 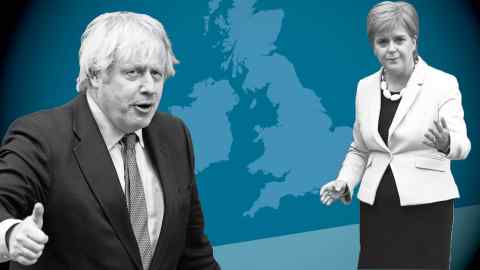 The UK government has promised to create a new UK Shared Prosperity Fund to replace EU regional development and social funding after Brexit. But while the Scottish and Welsh governments had central roles in managing the EU funds and choosing how they were spent, the bill gives UK ministers a free hand to allocate money as they please.

The powers would allow the UK government to “trample over devolved spending powers in Scotland and directly fund their own projects”, Ms Sturgeon complained.

One government aide in the Welsh Assembly said the change meant that Westminster could not only “apply the UK brand” to projects funded by the scheme, but “bypass the Welsh government altogether”.

Adam Price, leader of Plaid Cymru, the Welsh nationalist party, said the new spending rules could allow the UK government to force projects on the Welsh government. “[It is] an explicit dismantling of the devolution settlement,” he said.

UK will not finalise state aid plan until 2021

Wed Sep 9 , 2020
The UK said on Wednesday it would not tell the EU about its detailed plan for a post-Brexit state aid regime until next year, in a move that prompted anger in Brussels. Business secretary Alok Sharma said the design of the UK’s new subsidy regime for companies would not be […] 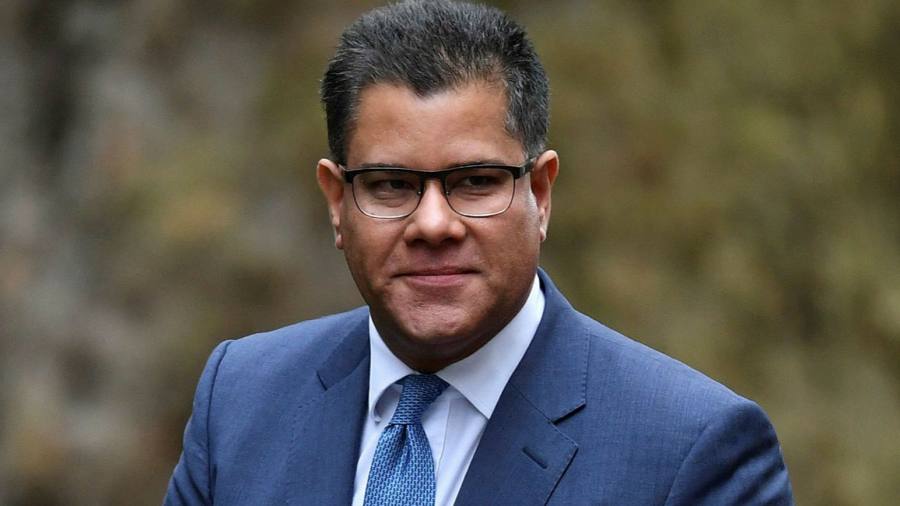