LONDON (Reuters) – Three of every four small British businesses have temporarily laid off staff using an emergency government scheme to pay their wages, minimising permanent job losses during the coronavirus lockdown so far, a survey published on Wednesday showed.

The British Chambers of Commerce said 76% of member firms it surveyed had furloughed some of their staff under the wage-guarantee scheme, up from 71% a week earlier, and almost none had made staff permanently redundant.

BCC Director-General Adam Marshall said the plan was an essential part of supporting businesses through the crisis and needed to be extended.

“While the furlough scheme cannot be indefinite, it will need to run well beyond June 30 in some form to help businesses transition toward a ‘new normal’ as the lockdown is eased,” he said in a statement

Finance minister Rishi Sunak said on Monday that half a million firms had made claims in the first week of the job retention scheme, covering more than 4 million jobs at a cost of 4.5 billion pounds ($5.6 billion) to the public finances.

In another survey released on Wednesday, the Chartered Institute of Personnel and Development – whose members typically work at somewhat larger employers than the BCC – said 46% of firms had furloughed staff, and another 10% planned to do so.

However it criticised the scheme for not allowing firms to reduce staff hours, rather than furlough them completely.

“This will be vital as lockdown measures are eased over a number of weeks or months, and will reduce the risk of large-scale redundancies in this next phase of the crisis,” he said.

As well as the jobs retention scheme, Britain’s government has launched state-backed loan programmes which have been slow to gain momentum.

The BCC said 57% of the firms in its survey did not intend to apply for the main emergency credit scheme and only one in eight of those which did apply had received money so far.

The proportion reporting success in the BCC survey is far lower than the average in the latest data from Britain’s banks, which showed about 45% of applicants have had loans approved.

Sunak said on Monday he would launch a new scheme offering fully state-backed loans of up to 50,000 pounds ($62,000) to the smallest businesses, up from 80% support for the other emergency loan programmes for bigger firms.

“Loan support has not been getting to businesses fast enough, so this week’s announcement of the Bounce Back loan scheme and further improvements to the CBILS scheme are welcome steps,” the BCC’s Marshall said.

Wed Apr 29 , 2020
Pilots’ union Balpa has pledged to fight for every job after the owner of British Airways announced a huge restructuring that could see up to 12,000 staff made redundant. International Airlines Group (IAG) has already grounded the vast majority of BA’s fleet because of the coronavirus pandemic and warned that […] 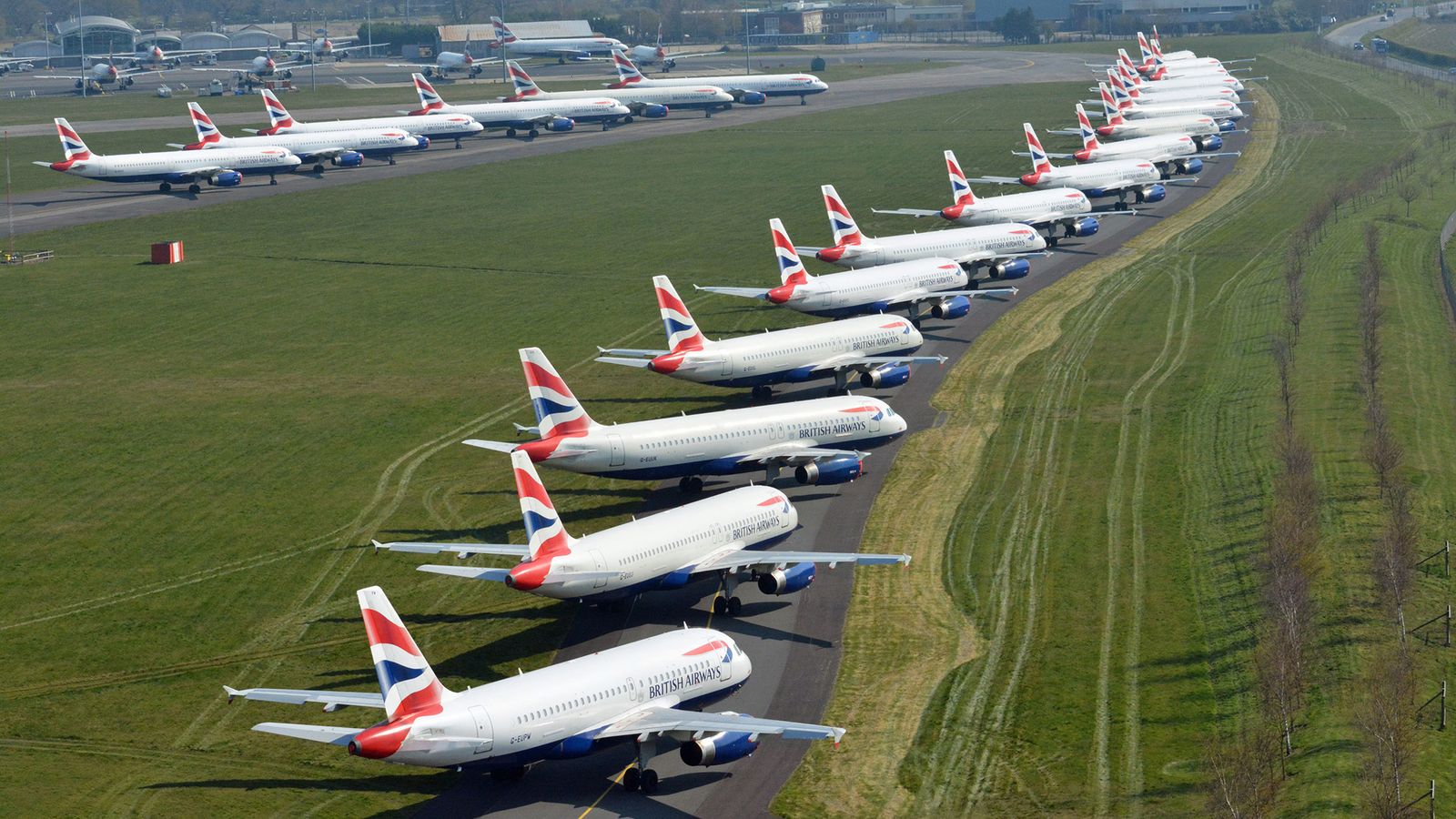