(Reuters) – UK shares ended lower on Friday as fears of Washington’s response to Beijing tightening its control over Hong Kong tempered optimism over an eventual economic recovery from the coronavirus crisis.

Still, the two indexes gained for the month as investors continued to bet on a bounceback in economic growth from the coronavirus.

Optimism over the reopening of a bulk of the British economy next month saw the domestically inclined FTSE 250 marking its best two-month rise since 2009.

For the day, bank stocks .FTNMX8350 tracked a decline in gilt yields as investors fled to perceived safe havens ahead of U.S. President Donald Trump’s news conference on China’s move to impose a national security law on Hong Kong that has raised concerns over its function as a global finance hub.

“Global equities had been willing to look past the risk of escalating U.S.-China tensions over recent weeks because the threats had largely been confined to mere sabre-rattling,” wrote Han Tan, market analyst at FXTM.

“That Trump rhetoric is set to evolve into actual policies, potentially in the form of sanctions, which could shatter the stability that the world sorely needs in these early days of the post-pandemic era.”

The threat of a renewed U.S.-China trade war has stymied a wider stock market rally, which had seen the FTSE climbing about 26% since mid-March, after crashing more than 36% from a January record high.

Rolls-Royce (RR.L) tumbled nearly 15% to the bottom of the FTSE 100 as Standard & Poor’s cut its credit rating to junk on the disruption to global air travel from the COVID-19 pandemic. Discount retailer B&M (BMEB.L) rose 5.5% after an upbeat trading update, while building materials supplier SIG Plc (SHI.L) gained 4.3% on plans to raise 150 million pounds ($185.12 million) in new equity.

Sat May 30 , 2020
BERLIN/FRANKFURT (Reuters) – Lufthansa’s (LHAG.DE) management board accepted a more favourable set of demands made by the European Commission in exchange for approval of a 9 billion euro (8.13 billion pounds) government bailout, the carrier said on Saturday, paving the way for its rescue. FILE PHOTO: Airplanes of German carrier […] 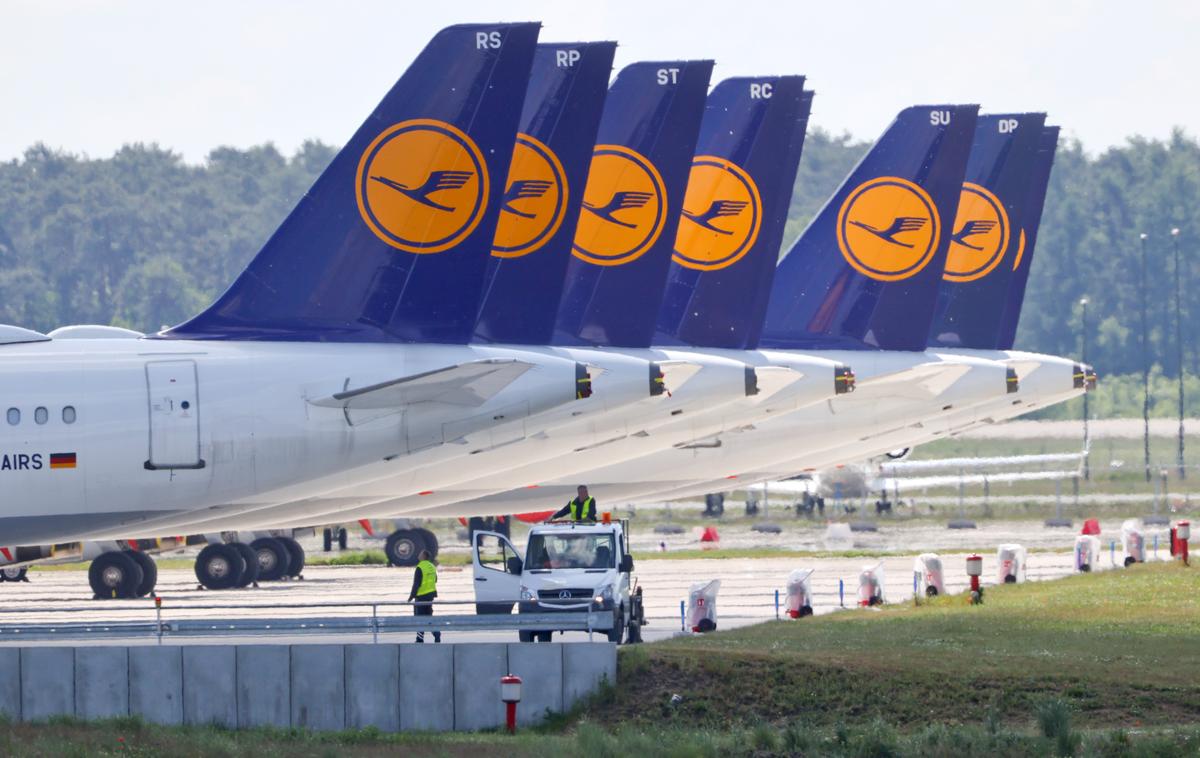