UK chancellor Rishi Sunak is drawing up plans for a new infrastructure bank to provide billions of pounds of new funding for capital projects across the country, as ministers seek to kickstart Britain’s economic recovery in the wake of the pandemic.

With the UK unlikely to remain a member of the European Investment Bank after the end of the Brexit transition period later this year, detailed discussions are taking place across Whitehall over how a new state-owned lender could accelerate upgrades to Britain’s creaking infrastructure.

While government officials cautioned that no final decision had been made, Mr Sunak is expected to make an announcement on the bank in his autumn statement. “The talks have stepped up and I think the government is very serious about doing this now,” said one person with knowledge of the talks.

The chancellor’s autumn fiscal event is expected to have a heavy emphasis on infrastructure and will see the publication of the long-awaited “National Infrastructure Strategy” document detailing over £100bn of spending setting out his long-term investment plans.

Boris Johnson’s government has vowed to borrow an extra £100bn over the five-ear parliament for capital spending — with a heavy emphasis on “left-behind” areas in the Midlands and the North.

The new lender — to be set up outside London — would partly take over the role previously played in the UK by the EIB which, until the UK’s departure from the EU, used to lend about €8bn a year for projects ranging from Crossrail to social housing and new school building projects. The EIB has lent over €118bn to the UK since 1973.

Kwasi Kwarteng, energy minister, has called for a new Green Investment Bank — despite the Tory government having privatised an earlier incarnation of that idea.

Separately Alok Sharma, business secretary, has privately proposed a “national development bank” which could oversee areas such as export finance, procurement and funding for small and medium-sized businesses.

Yet the Treasury’s main focus is the idea of a bigger lender that would incorporate all types of infrastructure lending.

“The idea is something that would be able to replace the EIB when that disappears as a means of providing funding, but with lots of Treasury buzzwords about innovation and addressing market failure,” said one person close to the discussions.

Some infrastructure experts believe a state-backed lender could have a significant impact if it combined “private-sector discipline” with public-sector low borrowing rates, in the words of one.

The prime minister, Mr Sunak and other ministers, including transport secretary Grant Shapps, are holding a meeting at the prime minister’s Chequers country home on Friday to discuss infrastructure spending.

“There are differing views in BEIS [the business department], the Treasury and Number 10 about what precisely the vehicle is going to be,” said one government figure. “There is no firm plan to announce yet and you won’t hear anything specific before the autumn.”

John Armitt, chair of the government’s National Infrastructure Commission (NIC) — an arm’s-length body that advises ministers — wrote to Mr Sunak in May calling for a new infrastructure bank.

Mr Armitt said the new infrastructure bank should be launched with an asset base of about £20bn.

In an “Infrastructure Finance Review” consultation launched last year — which will conclude in the autumn — the Treasury noted that some countries such as Germany, Japan and Canada have publicly-owned, operationally independent financing institutions for infrastructure.

In the past decade private investors have been keen to invest in existing infrastructure where there has been a safe rate of return but they have been reluctant to invest in building new projects, which are often delayed, over budget and subject to highly uncertain rates of return.

If the government backs an infrastructure project by being a part-investor, then it reduces the risk for private investors who are then more willing to stump up the cash. But it could also be cheaper for the government to fund the projects itself by borrowing at a historically low level.

Fri Jul 24 , 2020
Enforcing the wearing of face coverings in shops will be “impossible”, the chairman of the Police Federation has told Sky News as legislation comes into force in England. John Apter, who represents rank and file officers in England and Wales, said forces simply do not have the manpower to enforce […] 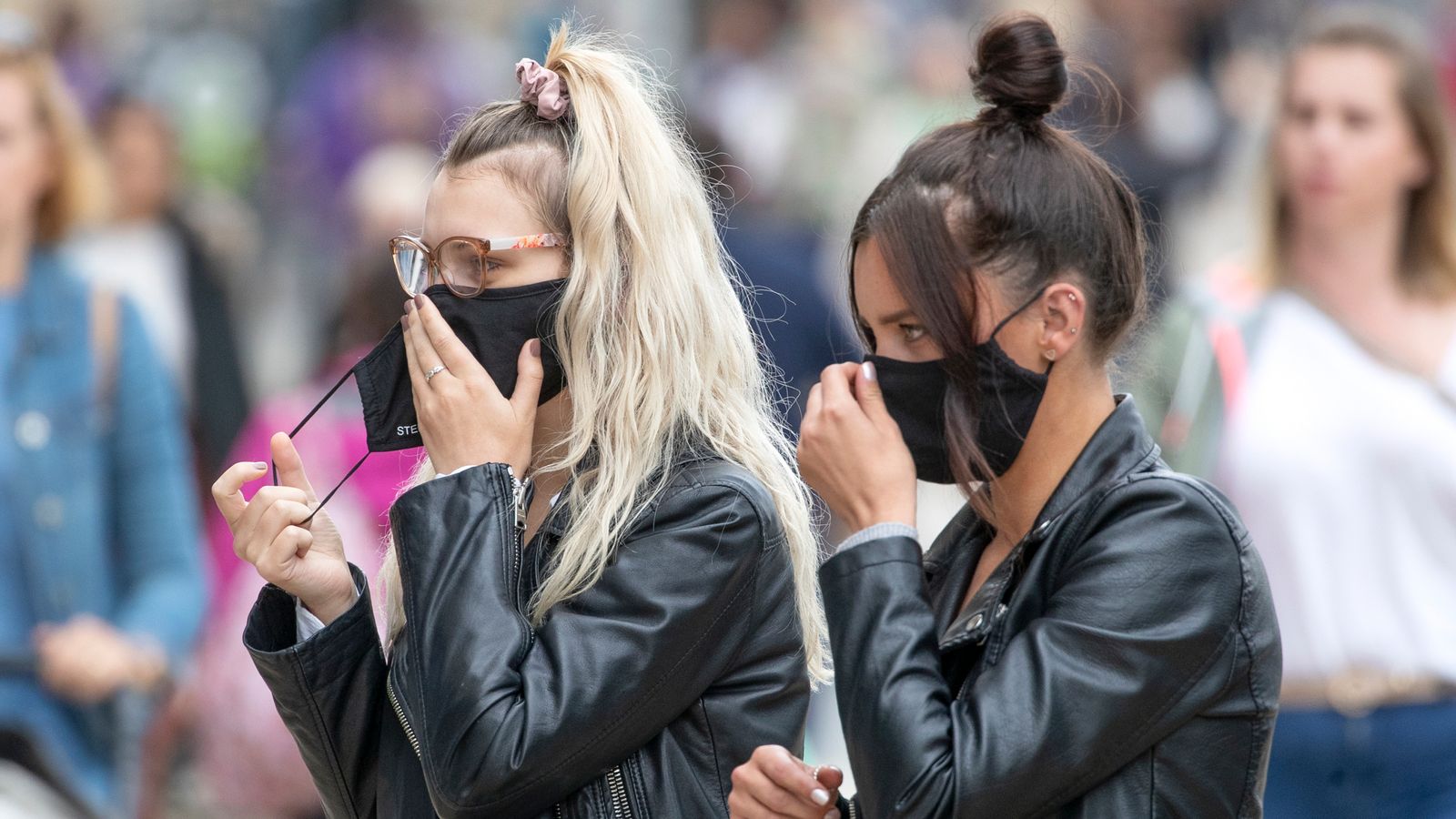