The UK competition watchdog has lobbied the government for emergency powers to crack down on companies profiteering from the pandemic after finding itself hamstrung by existing laws. The Competition and Markets Authority has asked the government for “emergency time-limited legislation” to pursue retailers bumping up prices for products like hand […]

The UK competition watchdog has lobbied the government for emergency powers to crack down on companies profiteering from the pandemic after finding itself hamstrung by existing laws.

The Competition and Markets Authority has asked the government for “emergency time-limited legislation” to pursue retailers bumping up prices for products like hand sanitiser and face masks in response to the virus.

The CMA received 21,000 complaints between March 10 and April 19 related to Covid-19, including alerts about price gouging. The average price increase across all such reports was 130 per cent — and in the case of hand sanitiser, an average of 367 per cent.

It has promised to take enforcement action where necessary. But competition lawyers say the watchdog is all but powerless to penalise offenders due to the limited nature of competition and consumer laws in the UK, which do not cover price gouging.

CMA chief executive Andrea Coscelli said he had spoken to the Department for Business, Energy and Industrial Strategy (BEIS) to advise them of the need for temporary new laws: “Consumer and competition law are not really designed for emergencies,” he said.

“Part of our role is to use everything we have but if there are gaps, to explain to the government what those gaps are. Ultimately though it’s for the government and parliament to decide.”

However the business department is understood to be lukewarm on the idea of laws on price controls. One government official said it was “not something we are actively pursuing at the moment”.

In a statement a spokesperson said: “The CMA deals directly with firms to address any complaints and we continue to keep the issue under review.”

The CMA’s request adds to a shopping list of consumer-focused powers that chairman Andrew Tyrie had asked BEIS for last year in order to turn the agency into a beefed-up champion of consumer interests.

Nicole Kar, competition partner at Linklaters, said the CMA “urgently” needed new tools, adding that the UK currently had “no legal weaponry” to combat “Covid-19 price gouging”. She pointed to emergency laws passed in the US and France among other countries to intervene on prices as a result of the pandemic.

“These retailers are often small, their behaviour is also not subject to competition rules on abuse of dominance. This means that the CMA has to rely on consumer protection legislation which is arguably deficient in this regard,” he said.

The CMA has written to companies and engaged with marketplaces like Amazon and eBay, who have removed listings with unjustifiable price rises and cancelled sellers’ accounts. Ebay has limited the sale of goods like hand sanitisers and masks to a list of trusted businesses.

Amazon said the company had “blocked or removed hundreds of thousands of offers and pursued legal action against hundreds of bad actors across a number of countries”.

Lucy Powell, Labour’s shadow minister for business and consumers, said “unscrupulous businesses” were “taking advantage of the coronavirus pandemic to line their own pockets”.

She added: “Measures introduced by online marketplaces such as eBay and Amazon are insufficient . . . it is vital that ministers crack down on this disgraceful behaviour, and give the CMA the powers they need to stand up for consumers through this crisis and beyond.”

Thyssenkrupp in talks with peers over steel business: source 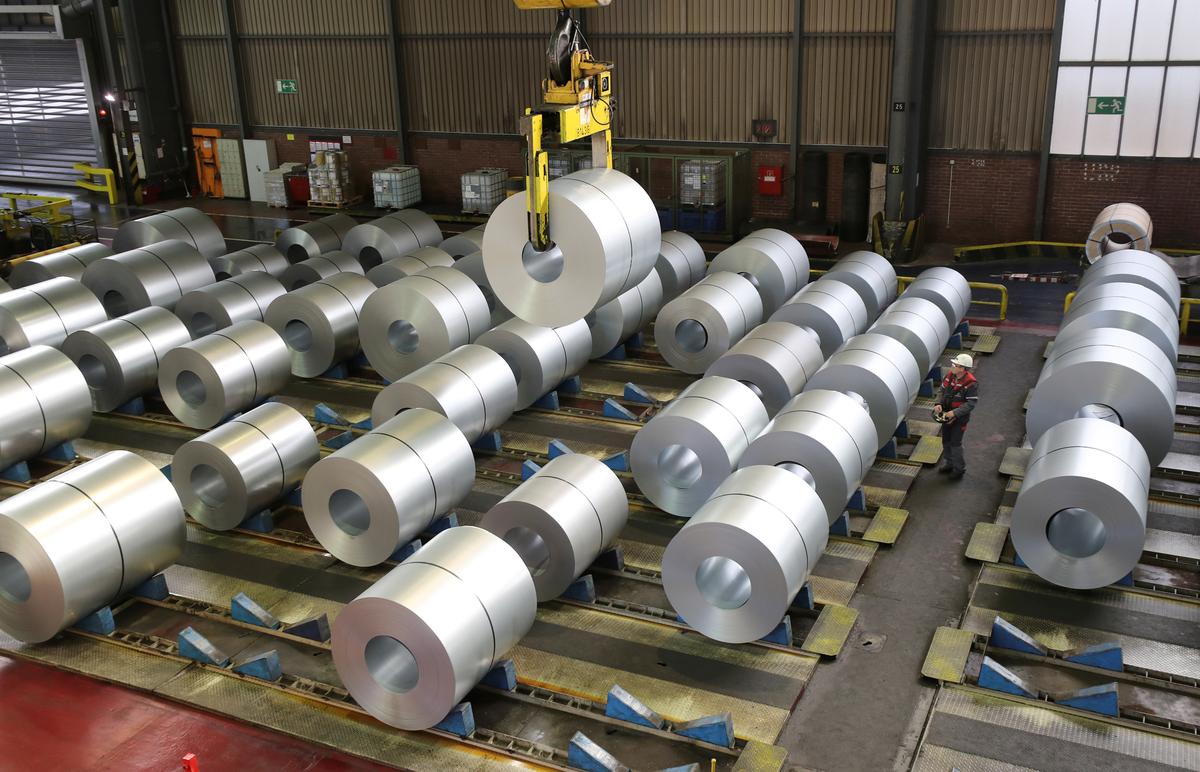