The UK’s first new deep coal mine for 30 years is likely to be given planning permission on Friday in a move that threatens to undermine the government’s pledge to be carbon neutral by 2050.

A council meeting is expected to approve the controversial project in Cumbria, north-west England, despite a campaign by environmentalists to urge the government to intervene and block the plan.

Planning officers at Cumbria county council have recommended giving the go-ahead to the mine, near Whitehaven, which would create 500 jobs in an area reliant on the nuclear and seasonal tourism industries.

The council has already approved the pit twice but after a judicial review brought by campaign groups the application was amended. The £160m mine must now shut by 2049 to meet environmental objectives.

West Cumbria Mining, the developer, said it would extract specialist coking coal used in steel and chemical works, not fuel for power stations. The site is an old chemical works near a closed colliery and the coal will fuel blast furnaces in Scunthorpe, Lincolnshire, and Port Talbot, south Wales.

WCM has argued that the coal will displace imports, not add to emissions.

The mine will extract about 2.4m tonnes of coal annually, mainly from under the seabed. Processed coal would then be transferred by underground conveyor to trains using a new loading facility and sidings.

The eyes of the world are on the UK for the next year because it is set to host the COP26 round of UN global climate talks, which have been delayed until November 2021 in Glasgow.

Theresa May, the former prime minister, committed the UK to a “net-zero” carbon target by 2050 — which will require the decarbonisation of the country’s electricity system, transport and household heating.

The UK’s last operating deep coal mine, Kellingley, closed in 2015 and England’s last coal mine stopped operating this year.

Green groups say the new coal mine, which would emit 8m tonnes of carbon annually, flies in the face of that pledge.

This project will not help us fight the climate emergency, nor will it provide the long-term job security that Cumbrians deserve

“And with huge doubts over the demand for its coal beyond the very short-term, this mine could soon become an enormous white elephant.”

Labour said the government should “call in” the application and decide itself.

Matthew Pennycook, shadow business secretary, said: “This project will not help us fight the climate emergency, nor will it provide the long-term job security that Cumbrians deserve as the UK rightly moves towards a green economy.

“We believe this project should be called in by the government on the grounds of compliance with national net-zero commitments.”

Robert Jenrick, housing secretary, did overturn planning approval for an open-cast mine in Northumberland in September. Banks Group, the company involved, is considering a High Court challenge.

The mine is in the Copeland parliamentary constituency, a classic “red wall” seat the Tories won from Labour in a 2017 by-election: Trudy Harrison, the MP, favours the mine, as does the Labour-controlled district council.

Rob Ford, professor of politics at the University of Manchester, said the issue of energy-intensive industries was difficult for Labour. “It has the potential to drive a wedge between different wings of the party — the younger, socially liberal activists worried about climate change and the MPs and unions worried about jobs.”

He recalled the 2019 party conference, where members voted for a zero-carbon UK by 2030 but the leadership watered down the target to an “aspiration” because of union pressure.

“These jobs in heavy industries are thicker on the ground in the kind of seats Labour needs to win back.”

Thu Oct 1 , 2020
Pub operators are lining up steep job cuts after the government’s 10pm curfew caused drinks sales to plunge by more than a third. Young’s, which operates around 270 pubs in the south of England, confirmed on Thursday that it will have made 500 of its 4,200 staff redundant by the […] 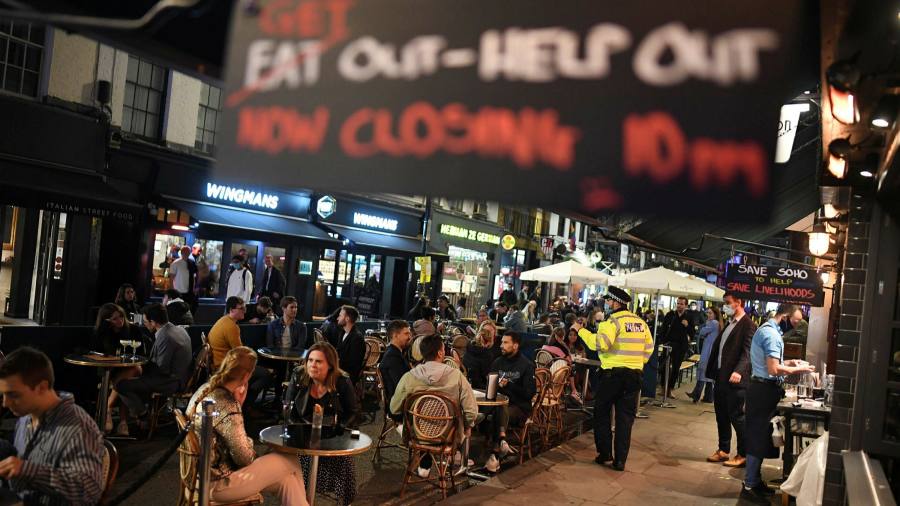