The UK’s furlough scheme will cost less than expected, because employers have been concentrating its use on part-time and low-paid workers, the Office for Budget Responsibility said on Thursday.

The fiscal watchdog has cut its estimate of the UK government’s job retention scheme’s gross cost by 30 per cent, because even though take-up is now higher than expected — with employers claiming for 8.7m jobs to date — the average grant per job is lower than the OBR had assumed.

The OBR now estimates that the gross cost will reach £60bn, down from a previous estimate of £84bn, over the period from March to October, when the scheme is set to end after a time in which the government’s contribution will be tapered and employers asked to contribute more.

It was already clear that the furlough scheme had been heavily used by employers in sectors such as hospitality and retail, where low pay is prevalent. But the OBR said that, even taking account of that, employers seemed to have “concentrated their use of the scheme on furloughing employees whose pre-virus jobs involved significantly fewer hours and/or lower hourly pay than the average”.

Weekly data and provisional analysis by HM Revenue & Customs suggested the average monthly grant for each job was about £1,200, the OBR said. This implied average weekly pre-virus gross pay of £320 for the jobs furloughed so far — much closer to the median pay of part-time than of full-time workers.

The OBR put the net cost of the job retention scheme from March to October at £54bn. This assumes that take-up will fall steadily from the end of June, but that half of furloughed workers will be receiving wage support from the government for its duration.

It said the gross cost of the separate self-employed income support scheme was now likely to reach £15bn, following its extension for a further three months, although the average grant made under this scheme had also been slightly lower than expected.

These income support schemes are by far the biggest elements of the policies the government has put in place to cushion the economic impact of the coronavirus crisis — whose total cost the OBR estimates at £132.5bn for this fiscal year, up from £123.2bn in its May update.

However, the eventual cost to government will depend in large part on companies’ ability to repay more than £30bn lent to businesses under state-backed bailout schemes.

The OBR has estimated the cost of write-offs associated with these schemes at £5bn in 2020-21, assuming lending totals £50bn, but noted that it would expect further write-offs in future years.

UK leaves door open to imports of US chlorine-washed chicken

Thu Jun 4 , 2020
Downing Street has left open the door to Britain allowing imports of US chlorine-dipped chicken to secure a trade deal with Washington, in a compromise plan that would see the product subject to tariffs to protect UK producers. Senior Tories say Prime Minister Boris Johnson is willing to contemplate allowing […] 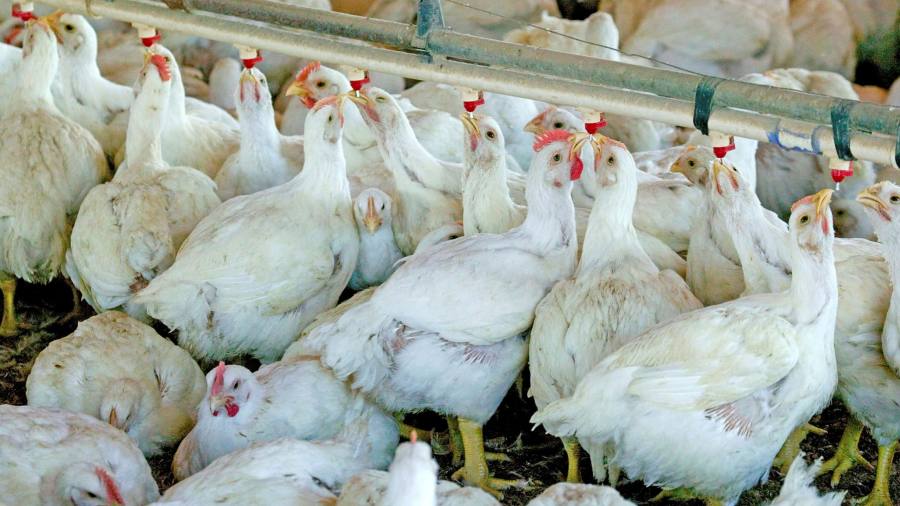